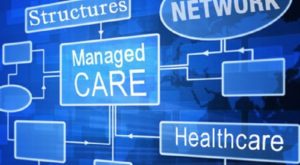 A Managed Care Organization (MCO) refers to an agency that offers health care services to persons enrolled in the managed care plans it offers. There different types of MCOs that vary depending on how they organized. Each of the MCOs comprises of healthcare providers (such as laboratories, physicians and hospitals) that make up its delivery system. One of the common models of MCOs is the Health Maintenance Organization (HMO). As Kongstvedt (2015) explained, there are different structures of HMO. The structure of HMO that can help to maximize the delivery of healthcare in ethical manner to the patients is the staff model.

The HMO adopting a group model contracts one of more groups of healthcare personnel to provide medical services to the enrolls. Unlike in the staff model, the groups of physicians in the group model are not bound to one HMO (Teitelbaum & Wilensky, 2012). As such, they can provide health care services to one or more HMO. A group can provide specially based healthcare services, primary care or multi-specially based services (Teitelbaum & Wilensky, 2012). The physicians must transfer most or all of their medical practice liabilities and assets to the groups they belong to.

The individual practice association (IPA) model is a group of independent physicians who have come together to provide healthcare services, yet they are not substantively integrated their practices. Such physicians provide medical services to the HMOs, but each of the physicians works independently. The physicians involved use IPA for the purpose of signing contracts with HMOs only (Teitelbaum & Wilensky, 2012). In the US, IPAs are usually created by counties on behalf of physicians. In a network model, the HMO adopts two or three of the models described earlier at the same time (Teitelbaum & Wilensky, 2012). For instance, the HMO can employ physicians, sign contracts with physicians working in groups and use the services of physicians that sign IPA contracts at the same time. The model is usually adopted by HMOs that focus on providing managed care services at low costs.

The structure or model adopted by HMO has a major impact on the ethical delivery of healthcare services to patients. As such, it is essential to adopt a model that will maximize the ethical delivery. One of the factors that influence the effectiveness of delivery of the healthcare services is physician-patient relationship (Kongstvedt, 2015). The previous studies have shown that managed care models can have significant adverse effects on the relationships between physicians and patients. The negative effects usually occur in the cases where the model selected restricts access of physicians by patients, the amount of time the physician spend with the patients is limited and trust of the patients toward physicians is eroded (Kongstvedt, 2015). Thus, the most suitable HMO model is one that does not have such effects and if they are there, they are minimal.