Economics of the Container Shipping

The shipping industry is accounted as one of the largest industries to operate in the current times (Taiyou Research, 2013). The successful growth in the industry is dependent on many factors. According to the report of AT Kearney (2012), the success in the future will remain with the carrier that will be able to offer effective, efficient, flexible, and convenient business service to customers. For serving the customer in the competitive and consolidating industry while retaining the profitability, the companies are striving to reassess the economics of the shipping vessels with respect to demand and supply. Understanding of these basic economic principles is to play a pivotal role in the defining future customer oriented successful strategy.

In a similar context, the underlying report will shed light on the basic demand and supply and related factors for the shipping industry. The report will also make recommendations with respect to the pricing strategies of Maersk. 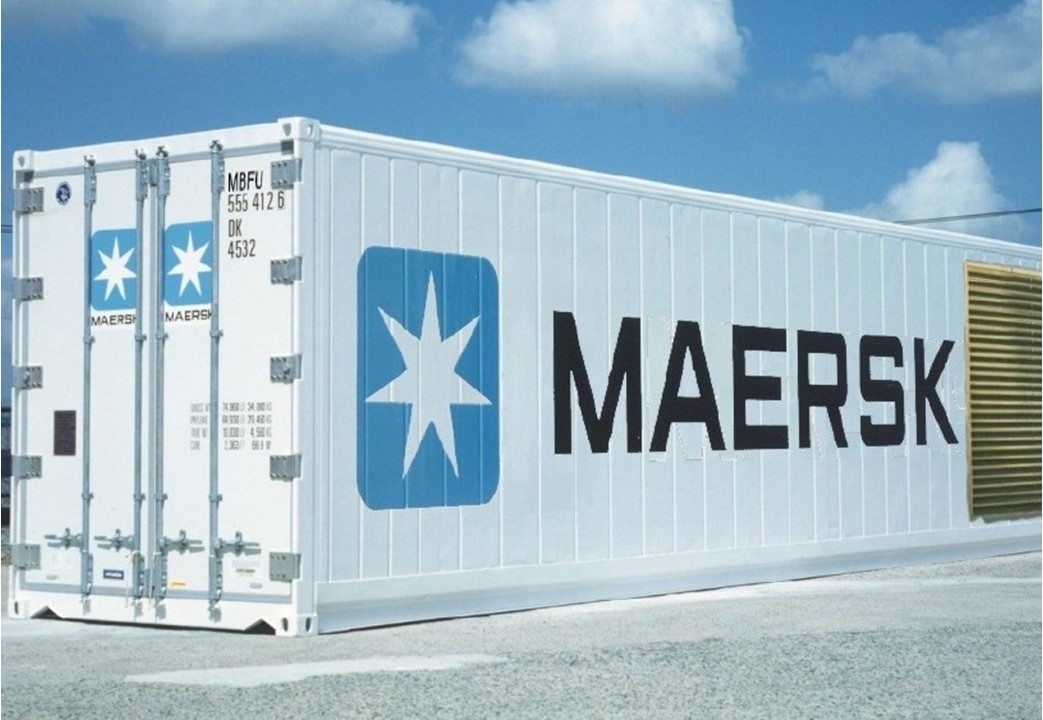 The global merchandise trade has shown following trend over the past years: 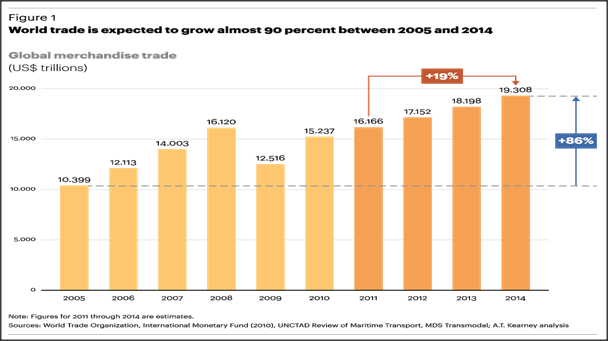 Despite this growth of the world trade, the shipping industry remained under pressure due to oversupply. According to the DSF (2013) report, year of 2012 continues to expand crises in the shipping. Since 2008, the fleet has expanded by 45%, although demand growth remained at only 15%. The similar condition has left the industry with the oversupply of vessels, yard capacity, and container and consequently has taken down the earnings. Despite this oversupply, the industry is continuing the order books. This is also putting downside pressure on the asset value of a vessel in the long term, further, are expected to the increase the value of scrap on the industry (DSF, 2013).

World trade had a slightly positive outlook for growth of 19% between 2011 and 2014. The growth in world trade has a positive impact on the demand of the shipping industry. Therefore, increase in demand have balancing impact on the imbalance between the demand and supply of the shipping industry. Therefore, graphically it will be reflected as follows: 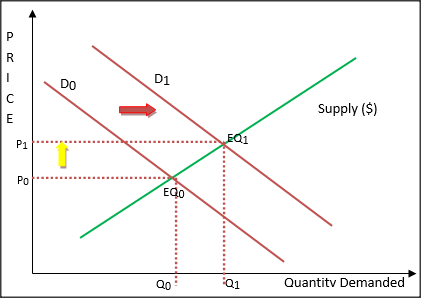 Hence, current prices of the shipping industry which are under pressure (P0) due to limited demand will gain certain support (to P1) as the demand revives from D0 to D1. Important to note that increase in world trade of 19% has resulted in increase in demand that has shifted the curve from D0 to D1:

As noted above, the supply is also constantly increasing as the constant growth in contracting shipping industry supply development. It is noted the increase in supply is has been at a higher percentage as compared to increase in demand (DSF, 2013). The increase in supply due to excess production has further pressured to the industry to reduce prices. This price reduction became necessary to win the customers in the market of shipping industry supplies. Graphically the impact on the impact on the new equilibrium has been as follows: 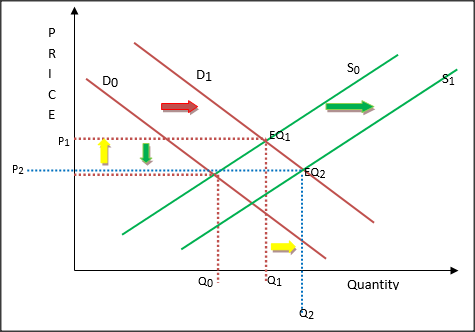 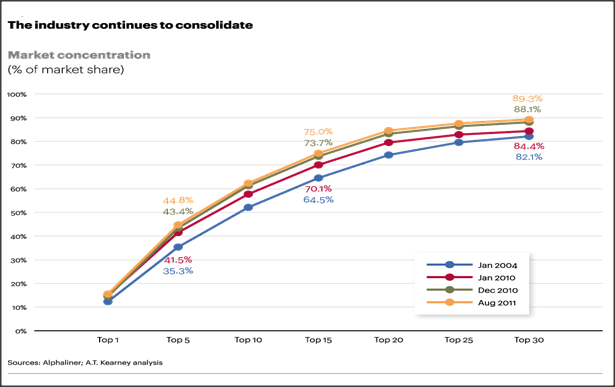 Price is the point where the demand and supply are able to meet equilibrium. As noted in the above graphs, the increase in the world trade increased the demand which in turn also increased prices. However, increase in fleet size of the shipping industry suppliers increased in double magnitude. First, the constant increase in the supply as a result of product as well as increased in the fleet size of the individual players as a result of consolidation. According to recent reports, the consolidation and increase in demand has reduced the gap of excess supply from the 2.5 percent to the 1.5 percent. This reduction paves way for the companies to gain positive impact in rebounding the rates for reviving profitability (So, 2014).

Hence, after the shift of the demand and supply, the new equilibrium EQ2 has again reached close to the initial price before increase in demand as follows: 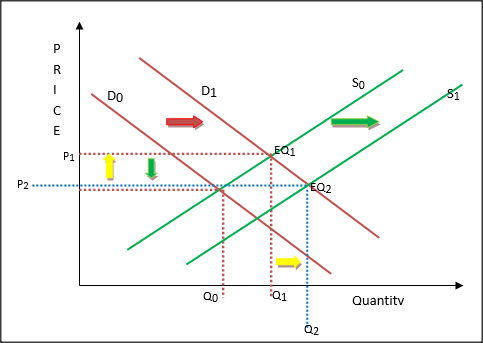 This continues to increase pressure on the shipping suppliers mainly to cover the cost.

The price elasticity refers to the change in demand with respect to change in price. The price elasticity in shipping industry is under dual impact. It is increasing as a result of the fact that over supply complimented with limited demand has pressured companies to offer a competitive rate to win the customers.

The growth of the world trade increased the demand consistently from the 2005 to 2008. For the next year, the under the pressure of the economic downturn the demand for the world trade declined which in turn created barriers for the many small players to survive (AT Kearney, 2012). As a result, the industry moved towards the consolation and faced over supply as a result of continuous contracting for increased fleets of vessels and containers along with yard-capacity.

Hence, the positive growth of the demand in world trade is 19% from 2011 to 2014 (AT Kearney, 2012). This growth in demand is to contribute in achieving the demand supply gap for profitability. It has though managed to reduce the gap of excess supply by 1% from 2.5% to 1.5% (So, 2014). However, the industry is yet to overcome the remaining the 1% in order to ensure sustained profitability and growth. Alongside the excess supply of containers is also reduced and will continue to do so in future as projected: 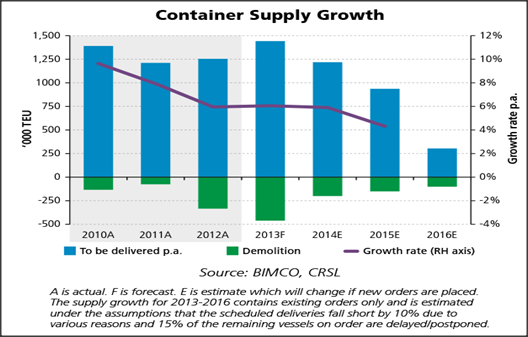 Similarly, the organizations have controlled the supply side of other shipping industry constituents (So, 2014). Hence, over a period of time the problem of excess supply will be reduced, and the increasing demand will contribute in the companies’ ability to achieve the optimum utilization of resources.

Impact of Demand and Supply on the Pricing Strategies of Maersk

The future prospects of the industry are highly attractive. The referred attractiveness is contributed by following factors:

The positive outlook of the industry, as well as the leadership position of the company in the industry, has much potential to bring long term benefits. Maersk pricing strategy will also remain under pressure as the revival is still going on. From a recovery to growth, the company will have the opportunity to drive the price along with other players.

More importantly, the pricing strategy can gain additional benefit from other factors. For example, the strategy to offer large vessels to reduce the cost etc as large vessels cost and the strategy is appropriate for current market strategy. Additionally, the degree of flexibility, vessel’s storage quality, effective and exclusive networks will further contribute in the ability of the business to charge profitable prices from customers. Additionally, the role of strategic alliances is also effective in such specialized industries. Hence, developing the customer oriented business strategy will also play an effective role in the driving the favorable business strategy for setting prices.

The above report has attempted to shed light on the economics of the shipping industry. The industry has recently managed in arriving its new competitive landscape after the squeezing shock of the economic downturn. The resulting consolidation, reviving and growing demand and most importantly reducing gap of demand and supply has a positive outlook of the industry. The changing landscape of the industry has already increased the pricing power. However, Maersk can also generate attractive customer base for improving profitability by developing strategy that cater wider factors than demand and supply only. Some of such factors identified include strategic alliances and well defined network etc.