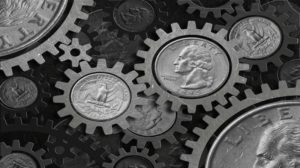 Human capital helps the manufacturing sector in achieving their desired goals and objectives. The success experienced in the manufacturing sector is attributed to human capital in the sector. They are responsible for the development of current technologies and innovations in the industry (Squicciarini, Mara and Nico, 2015). This ensures that the manufacturing industry produces products that are in tandem with the needs of the consumers. Besides, they help in designing the physical plant to promote work efficiency and ensure that the cost of production is kept at the minimum.

Automation technologies play a significant role in everyday life. Today, the machines have a potential effect in the work place. The robotics and machines are replacing several jobs. For instance, in the banking and manufacturing industry, several jobs are being replaced by the machines. However, automation or machines will replace few occupations in the next decade. Machines are being utilized to perform technical jobs in the manufacturing industry which were previously carried out by people (Grint, Keith, and Steve, 2013). The machines have transformed several sectors taking into consideration technical feasibility of the machines in the healthcare and finance sectors among others. In the next decades, technology will replace about 45 percent of jobs which people are paid to perform. The automation will affect almost 30 percent of the current occupations. Most activities will be automated since technology is making operations in the different industries more easy and efficient. It is expected that the number of robots in the United States of America would quadruple in the next ten years. As such, the population employment ratio will reduce in comparison with the current situation (Brynjolfsson, Erik, and Andrew, 2014). The wage growth is expected to go down. This is likely to result in more job losses. Therefore, the economy is expected to shift in the future considering the increase in the number of robots or machines.

Machines have a transformative effect on the labor market in various countries. It is a trend that is expected to continue and can affect the performance of different industries in the world. Automation coupled with artificial intelligence is the primary driver of technological unemployment (Brynjolfsson, Erik, and Andrew, 2014). In this case, several occupations are becoming unsafe. The machines can perform multiple tasks. The machines are replacing workforce in various fields such as welding, handling materials, assembling, packaging, and painting. These are jobs which were previously performed by human labor.