Lend Me a Tenor Play Summary

Summary of Lend me to a Tenor Play:

At very interesting night for the Cleveland Grand Opera Company, Tito Mirelli, Italian tenor which is world famous, is ready to play the role of Otello. The general manager of company is above stress related to everything making them right and focus on his assistant to give more attention on every move of Tito for ensuring smooth sailing. When wife Maria fiery did a big fight, Tito take double dose of tranquilizers with in the series of mash up. An ambitious co star Maggie is the girlfriend of giddy, Julia a meddling bellhop fighting and head of opera guild for Tito attention. We have combinly a recipe of comedic disaster. Max enhance the company at upper level through one catastrophe. Max and saunders collectively try to secure the Opera company’s big night grand. Many things include in the drama like angry wife, crazy costume, secret sex romps, a presumed death and loads of slamming doors and mistaken identities. (The leading resource for theatre artists)

World famous tenor Tito Merelli has work in play Otello at a Cleveland opera company which start in 1934. He start late and arrange a crazy circumstances, a huge dose of tranquilizers mix with a wine. When we believe the death of divo, hapless assistant taps by excitable opera manager,max is replace by moor and work as merelli. And for getting attention of audience sometimes wife or girlfriend fight with each other. (Lend Me a Tenor, © 2018 BROADWAY.COM) 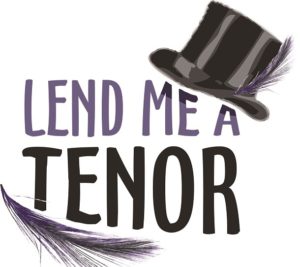 In the classic French traditions, lend me a tenor considers as American farce. Like different other plays, this play describe the foibles of human by giving more attention on human drivers. The focus on money, glory, pleasure and with all these the pure and true expression of love. As we see in many farces, no deep thoughts, literary or symbolic complexity in the dramatic sense, instead of all these they focus on human character drivers and their different actions focus on their requirements and needs. Different characters do different tasks like max who want to marry with Maggie, saunders is full of money and want more money, Maggie lusts after tito , Diana use her sexuality for getting fame and so on.

One critic found in the play of 1934 which consider as museum piece air that look as cop out, but there may be some more elements behind the period setting. In most of scenes, as per period the influence of the vaudevillian stand up exhibits in the play. Many different verbal banter moments occur between max and Saunders that are resemble with the routine of Abbot and Costello. Some elements in setting shares with the work of Ludwig, which mostly present in past with a fascination dramatic performers and music of workers. Ludwig present very unique and different strategy for the reexamination in playful related to past. Even all performers work as a fictions performer but not work as actual persons. This play also show a romantic comedy of max and Maggie and their relationship.in the start of play, more focus is given on romantic comedy as compare to other farces. After this play move to the farcical with all its energy. Between max and Maggie each act ends on romantic scene with comedy. The play is specially focus on useful teaching comical devices and farce for the students of advance acting, those who try to get access classrooms of functional doors. Beautifully, it distributed all the scene and theme of play among four or more people.  (Lend Me a Tenor Themes, © 2018 eNotes.com, Inc)