Home > Case Studies Solutions > A Day in the life of Alex Sander: Driving in the Fast Lane at Landon Care Products

A Day in the life of Alex Sander: Driving in the Fast Lane at Landon Care Products

a) How Is 360-Degree Feedback Used At Landon?

360-degree feedback is a process that a company uses to receive feedback from everybody who works with them, such as colleagues, superiors, and subordinates. Organizations carry out 360-degree feedback to get a better understanding of the strengths and weaknesses of an individual working with them. The responses from individuals are put together, which provide the employees as well as employers a clear identification of his overall strengths and weaknesses. It is a unique tool which helps to make the employees more efficient in their respective field. It reveals the area where an employee should provide more importance (Right Management Consultants, “Effective Use of 360 Degree Feedback”). 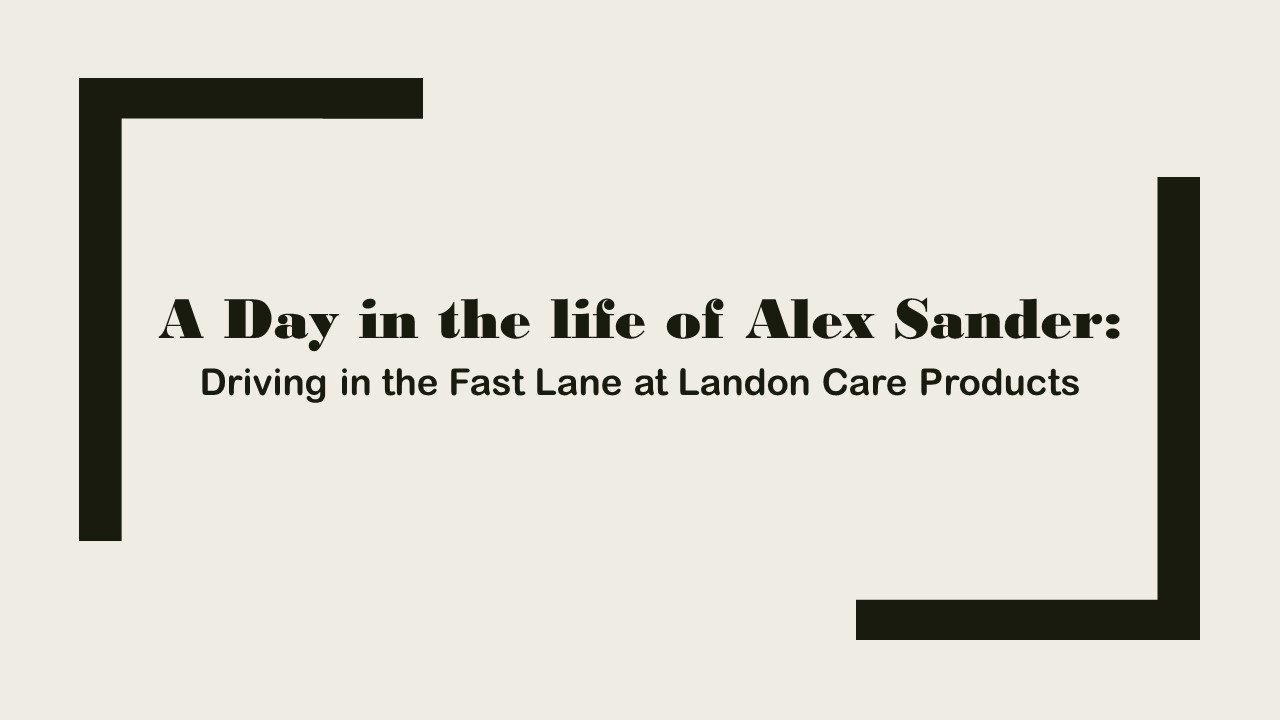 At Landon, the 360-degree feedback was used as a method to gather the input of their employees from incumbents of the organization present at the various hierarchy levels, such as downward hierarchical employees, upward hierarchical employees, and colleagues i.e., peers along with outsiders not directly part of Landon’s hierarchy. A feedback form is provided to the raters, and they are asked to provide their views in that form. Self-evaluation is also in place where the person who is receiving the feedback requires filling in a similar way as done by other raters.

The responses from various people of the organizations are collected, and then the superior provides his advice to the receiver of the feedback according to the received comments and ratings.

b) How Should It Be Used?

360 degree is a ‘multi-level’ and ‘multi-source feedback.’ This technique increases employees’ self-awareness and understanding of behavior to enhance organizational effectiveness. This process involves all people at every level of the organization. It also emphasizes on the self-development of workers. There are five stages of managing the 360-degree process.

Planning: For implementing successful 360-degree feedback, at the outset, a plan should be made. The organization should establish the purpose and objective of the process. Then the organization should develop a performance appraisal process that helps to make decisions. Subsequently, the process should state how the organization will perform 360-degree feedback. People will rate the performance of employees according to their views. The assessment must be based on a large sample size to ensure that it is valid. The tool for 360-degree feedback is a questionnaire. The questionnaire should be made in such a way that it can provide information about the job performance and behavior of the employees. The questionnaire should meet the purpose of the feedback process. The feedback should be provided by presenting an average ‘score’ on all questions. An organization needs to consider the accurate time and resources required in advance to roll it out efficiently.

Piloting: Piloting is the second stage of 360-degree feedback. It allows the group to understand the process, which can clear any doubts regarding the process. It provides valuable information for additional planning in the future. The piloting process creates a rational picture of the resources which are required to manage the feedback process in the organization and also shows how fast the feedback can be given to the participant employee.

Feedback: Feedback is a vital part of this 360-degree process. In the face-to-face feedback process, the people providing feedback should know the skills to accomplish this process. In the case of open organizational culture, the person who is giving feedback might be encouraged to explore the meaning of the feedback results. This is a good starting point for successive development. The 360-degree process must be planned in such a way that the employees receive feedback as fast as possible after the input is provided. This could motivate the employees. The support of a facilitator is required to manage the feedback process efficiently; otherwise, it will result in negative consequences.

Review: After feedback, the organization should review the success of the 360-degree program. The primary reason for studying is to observe if the 360-degree program is fulfilling its primary purpose. It is useful from the perspective of the individual as well as employers to judge whether the employees are performing well and improving their performance. The 360-degree program raises the expectation and information on the expected behavior of employees. The review process should be considered at the planning stage (Gray & Et. Al., “360 Degree Feedback”).

What Behaviors By Alex Are Having The Greatest Impact On The 360-Degree Data?

There are several behaviors of Alex Sander, which are having a high impact on 360-degree data, and they are:

a) If You Were Sam Glass, How Would You Handle The 360-Degree Feedback With Alex?

Alex Sander is a product manager at Landon. He is smart, intelligent, and self-driven and is also considered a valuable asset to the company. Sam Glass should show more concern about Alex and make him realize the need for a 360-degree review because Alex Sander thinks that he doesn’t need that kind of program. Sam Glass should make him know that his temper and arrogant behavior is creating a harmful impact on the other co-workers. Sam Glass should make sure that Alex sustains his performance but controls his emotion and moods, which had significantly impacted his work. This factor needs to be carefully and adequately communicated to Alex Sander by Sam Glass.

b) What Should Be Done Going Forward?

There are a few factors that should be taken care of. Firstly, Alex should learn how to be a good leader, i.e., he must be able to motivate his workers and never underestimate the feelings of other people. He should behave in a more mature manner while handling the people of his organization. He must learn how to treat people better.

Alex Sander has enough self-confidence in doing the work himself. He has an attitude of being better than other employees. However, he needs to trust other employees, as well. He should not undermine other employees’ performance and avoid directing them for every step while they work. This will help to motivate other employees.

Alex Sander ignores the value of diversity of various approaches and attitudes. Therefore, he needs to develop interpersonal skills to generate good results. He should consider other peoples’ feelings, as well. These behavioral changes will enable him to improve his image in the eyes of his employees. The 360 feedback process can also be improved in the future by incorporating a focus group rating approach in which raters can be selected not on a random selection basis but from a more concentrated group of people who recognizes the characteristics and traits of Alex Sander even better. This would also enhance the overall feedback process.