The end of a Man with Unlimited Ambitions

In most cases, people tend to use all the means available to rise to power. People who take power for granted can 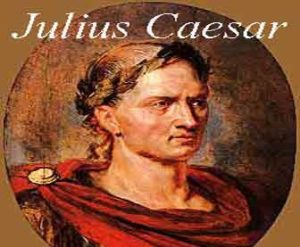 cause severe problems and manipulate their subjects. In the ancient Rome, it was harmful for a leader to have much power. Such power could lead to negative outcomes. Julius Caesar is considered as one of the greatest leaders in Rome. His reign marked the beginning of a new era in the Roman society. Julius Caesar rose through different ranks to become the greatest political figure in Rome. Many people questioned his ability to rise through different political ranks in Rome. The Senate believed that he was becoming too powerful for personal good. In addition, some senators believed he was a threat to the Republican government. Julius Caesar established himself as a dictator. The senators believed that the man with limited ambition would establish kingship and rise to ultimate power. The senators were conspired to plot a move to assassinate the Rome’s dictator.

The assassination of Caesar resulted from his dramatic ability to rise to power. He was a threat to the Senate, and this informed their decision to eliminate him. In addition, the decision to eliminate Caesar was informed by personal factors. He offended the Senate on different occasions making his death to become inevitable. The death of Julius Caesar resulted in domino effect which resulted in the fall of the Roman Empire.

Julius Caesar was killed on March 15 44 BC. His death is known as the Ides of March.. Majority of people who plotted for his assassination were Senators. Julius Caesar’s position in power did not last like many before him. However, he gained a lot of authority and power through his public image. He was born and raised up in a social class known as Patrician. He acted as populates, and this made him famous among his subjects. Caesar’s background allowed him to involve himself in politics and government. His association with the populares who were famous in Rome made him a popular politician. He represented masses of people because of his charismatic leadership characteristics. Caesar also won several battles. His success in the battles made him advance up in the political ranks. For instance, he won the battle against the Germanic tribe and other remarkable victories in Egypt.

One of the significant political moves that contributed to his success was the 3-way partnership. This was a strategic alliance that was formed between Pompeius Gnaeus, Marcus Licinius, and Julius Caesar. The union was proposed by Caesar to ease the hostility that was rising between Crassus and Pompey. The primary objective of the alliance was to separate the German provinces to enhance their relationship. The relationship between Pompey and Caesar was later cemented when Pompey married Caesar’s daughter. The Triumvirate alliance degenerated following the death of Caesar’s daughter. The bond that Pompey and Caesar shared broke. This marked the beginning of the fall of Caesar’s ambitions.  The Triumvirate alliance came to an end when the Parthian army attacked Crassus. The formation of Triumvirate was a threat to the Republican government. The coalition came to an end the Republican government was transitioning to a monarchy. The fall of the alliance best illustrates the limited ambition of Caesar. He was a man full of hopes and dreams. However, his ability to rise to political ranks in Rome was a threat to the senators and other individuals in Rome he settled for his elimination.

Caesar also made several mistakes that led to fall of his reign. One of the critical errors he made was his relocation to Gaul. The senators accused him of treason because of the presence of both tribunes who were on his side. The tribunes also betrayed Caesar by vetoing treason claim on him. The senators decided to ignore the vetoes imposed by the tribunals and demanded his return to Rome.  The senators demanded his return to Rome without his army. However, Caesar defied the orders and returned to Rome with his army.   After crossing to Rome, Caesar began a lot of reformations in Rome. He challenged the law and made himself a dictator for life. In addition, he decided to appoint his senators. Many of the citizens of Rome believed that Caesar would restore the constitution by allowing the courts and the law to work after the civil war. However, he continued to conquer more of his enemies. The military victories he gained during the civil war made him famous among the people of Rome. Caesar’s military campaigns made Rome a powerful country. In addition, he conquered other territories making Rome prosper in size.

The popularity of Caesar was in increasing day by day. He was ambitious about making himself an influential leader. Furthermore, he wanted Rome to be a powerful country. However, his dreams were short-lived when the Senate decided to kill him. The title of this book describes Caesar as a man with unlimited ambitions. However, he did not live to see some of his aspirations because his life was cut short.