John Stuart was born in 1806 in London. He is the son of James Mill. John is a renowned philosopher and 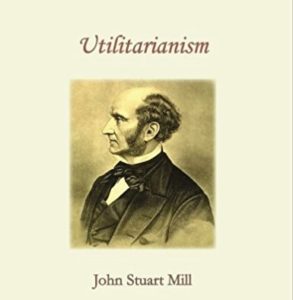 economist. He worked as an administrator in the East India Company. He retired when the company over by the British government in 1857 after a mutiny. John Stuart also served as a liberal Mp between 1865 and 1868 for Westminster. In addition, he worked as an auditor for the Westminster Review in the 1830s. Johns Stuart’s father was responsible for her education.  He was assisted by Francis Place and Jeremy Bentham.  John Stuart was able to learn two languages including Greek and Latin. At the age of 12, he had become a competent logician and a well-trained economist by the age of 16. John suffered a nervous breakdown in his 20s. He was convinced that there was more to life than analytically sharp intellect. Besides, he realized that there are a lot of things which are needed in life other than devotion to public good. John grew up a utilitarian. However, he turned to Goethe and Coleridge in his 20s to allow him to realize his aesthetic sensibilities. John Start was interested in understanding the political, social and economic change by using scientific. Until his demise, he tried to, persuade the British to apply the scientific approach in their political, social and economic endeavors. John Start loved reading, and he loved the insights of imaginative writers and poets. He died in 1873 at Aix-En-Province.

John Stuart is known for his System of Logic which he invented in 1843. The system of logic is an ambitious attempt he sued to explain various logical issues and their applicability to science, natural phenomenon and social factors. John Stuart’s conception of logic does not conform to the conception of the modern logicians. He conceptualized the logic of consistency. According to him, the logic of consistency provided the basis for the logic of proof. It is a logic that would show how evidence is proved. He believed that conclusions could only be drawn from evidence after analyzing the cause.  An analysis of the causation would lead to inductive reasoning which is the primary basis of modern discussions. Mill developed a lot of explanations in science. According to him, the explanations would seek to clarify the causes of the events and the general laws concerning such events. Mill’s System of Logic contradicted the philosophy of William Whewell. According to Whewell, explanations relied on compelling principles as opposed to general laws. Mill was interested in both philosophy and economics.

In the year 1848, he authored a book known as Principles of Political Economy. In his book, he tried to dispute that economics is not a dismal science as proposed by literary critics. The reflections in the book evaluated the measurements of economics and the things which were valued by human beings. This analysis made him argue that it is better to sacrifice the economic growth at the expense of the environment. In his argument, he asserts that population growth should be limited to create a larger space for breathing. This would help in averting the risk of starvation for the poor. Mills was also put a lot of emphasis on conventional economic analysis. He believed that socialism was unworkable and suggested an ideal economy based on worker-owned cooperatives. Mills is also known for his Utilitarianism which aims at maximizing the welfare of sentient creatures. He adopted utilitarianism with the primary objective of increasing happiness among creatures. He believes that every creature should pursue happiness since it is the primary reason for living. According to the doctrine of happiness, it should be assessed based on quality as opposed to quantity.

In 1859, Mill wrote an essay known as On Liberty. This essay attracted a lot of controversy with the majority of people expression expressing violent expressions of both approval and disapproval. The essay illustrates the frustrations of Mills with middle-class conformism. His essay was criticizing America which was considered as a prosperous middle-class society. As such, he was scared that such an economy would not provide individual liberty. People would miss happiness since they would be exposed to violence and oppression. John Stuart is also known for his philosophy on the principle of coercion. He believes that governing coercion requires the application of both public opinion and legal penalties. As such, we can only coerce others in seeking self-defense or defending other people from any harm. Another notable work of Mill is The Subjection of Women which was published in 1869. In this book, he argues that freedom is good for both men and women. In addition, both men and women can realize freedom if they are given the opportunity to understand nature.

John Stuart is known as a tough philosopher by most of his critics. His arguments overshadowed and contradicted those of his critics. However, I am interested to know his family life, and he responded to abrasive agnosticism to appease his critics.