Jack Welch, former Chairman, and CEO of General Electric are still regarded as one of the greatest business leaders of all time because of the optimal changes, he brought in GE. He took over GE’s reigns and positively changed various management processes and organizational culture. These changes brought about, an active working environment for the employees, and that resulted in optimum productivity from them, which in turn translated to sizable profits and valuable accolades. After his retirement, GE has acquired its leadership legacy from Jack Welch and it is up to his successors to maintain that optimum momentum. So, in that direction, this part of the paper will discuss the various applications/processes/interventions related to pay structure, which can be implemented and which will bolster Welch’s strategies further and move the company to where Welch wants it to go. 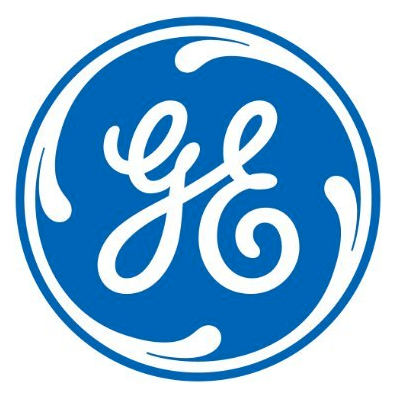 As pointed above, Welch carried out various optimal changes throughout the organization, and that includes the pay structure of the employees. Welch was a firm believer in reward and incentive systems, and so in that direction radically overhauled GE’s compensation package or pay structure. Apart from carrying on with the traditional method of small increases in base salary, further supplemented by bonuses based on GE’s as well as individual performance, Welch also included an allocation of stock options. He maximally expanded the number of stock options recipients from 300 to 30,000 and also began making much more aggressive bonus awards. (Bartlett, 2005). Inclusion of Stock options as part of the pay structure is an exciting and motivating strategy. Although the allocation of stock options as incentives is welcomed by employees from all sectors, there is some skepticism regarding its benefits in the post-credit crunch times. When faced with the organizational decline due to economic recessions, employees’ minds will be filled with various doubts regarding how the organization can provide stock options, which will be competitive. (Latham and Braun, 2009). The other important aspect of pay structure, particularly the traditional options of bonuses or financial rewards has to be focused and checked, regarding whether they are given through a foolproof system, without any biases to undeserving employees.

In any organization in any sector, the employees will accomplish their set tasks for a wide range of personal motivations, apart from the organizational goals. Own motivations, in a sense, will do their duties mainly to have the right profession or career, enticed by the culture or the working environment, and importantly to earn money or salary. The only wage, as an essential facet of overall job satisfaction, comes close to meeting expectations of the employees, leading to heightened motivation. (Wanous, 1976). This being the case, employees at GE had to be optimally paid and rewarded. With Welch doing a complete overhaul of the organization, including retaining of only performing employees, it has become important on the part of the HR to keep as well as further motivate those high performing employees by carrying out appraisal process and aptly rewarding them. These actions can surely motivate the employees to give better productivity, as increased productivity or results will directly or indirectly lead to better pay packages.

To further optimize GE’s pay structure and thereby accentuate the employees’ motivational levels, as discussed above, both stock options and unbiased rewards have to be given aptly. Both these two forms of compensation can be given appropriately if an apt performance appraisal process is implemented. “Performance appraisal is one of the most important processes in human resource management because it has a great effect on both the financial and program components of any organization” (Jafari, Bourouni and Amiri, 2009). The company implemented a performance appraisal system that stipulated every manager to rank each of his/her employees into one of five categories, based on their performance, including a small team and particularly long-term performance. The top 10% is 1s, the next “strong” 15% as 2s, the “highly valued” 50% as 3s, the “borderline” 15% as 4s, and the “least effective” of 10% as 5s. (Bartlett, 2005). With such a system already in place, the performance appraisal system has to be further improved now itself. Only if the appraisal system is fine-tuned and put in place very soon, these slotting of employees into various categories can be carried out without any favoritism and bias.

After Welch has implemented an effective pay structure, which includes doing performance appraisal and allocating stock options, it is up to the current management, particularly managers, to carry out both these processes aptly. Thus, the persons who will be responsible for further improving the payment structure are the managers. As pointed out above, it is the managers who had to correctly categorize each employee into the various slots, based on their performance. However, if the managers classify underperforming employees, who deserved to be removed, in one of the top niches, not because of organizational reasons but other extraneous reasons, the ugly head of favoritism and biases could be reached. If this is the case, it could create discord among the high performing employees, who may strongly feel against the organization and could even move out of the organization. With the managers of each department or section only given this responsibility to pick or categorize the employees, it is up to them to do that job without any lack of efficiency, favoritism, biases, etc. If this is implemented, GE can carry on with the excellent work carried out by Welch, as apt rewards will translate with optimum productivity.

As all the employees are brought under this system of pay structure, the correct categorization of the employees according to their performance has to start in each department. In big organizations like GE, departments are the places in which the managers can have more direct contact with them. That is, as each department will be located at a particular physical structure, which will be entirely under the purview of the managers and also as each process or work will be carried out by the employees under the supervision of the managers, they can act proactively to judge the performance of the employees. During the process of judging and categorizing, it is essential on the part of the managers to set aside their assumptions and other views and categorize the employees only based on their performance. This way, only the high performing employees will be retained and motivated, which in turn will lead them to provide optimum productivity, thereby leading GE on the same successful path, set by Jack Welch.