The companies in this way struggle to get the independent confirmation, as it is the third-party certification, however, there are about one million of the organizations that have got the ISO 9000 in the world. Customer trust certified companies and there are the management tools for the companies as the principles were first published in 1987. The organization named ISO (International Organization for Standardization) focuses on the BS 5750 series and set the standards for the companies. BS 5750 series have the requirements standards and there is the global adoption of ISO 9000 (Silva, 2012).

ISO 9000 is based on the number of factors, the major focus of it, is to provide the stakeholders’ benefits and the financial benefits to the companies, thus, the British Assessment Bureau having the standards for 44% and they focus on the superior performance or the superior financial performance. The ISO 9001 have the tendency for the companies to better perform and to improve the results. To achieve the ISO 9000 standards the companies are doing the much research example, there is the competition in the market and the companies are increasing international trade, they are externally and internally improvements, they are providing customer satisfaction etc (Silva, 2012).

Standard normal probability density function was discovered by Jacob Bernoulli and Abraham De Moivre in 1700s (Denny & Gaines, 2011). It is bell-shaped; it has the mean of 0 and variance or standards deviation of 1. The probability theory could also be explained as the probability density function (PDF) because it has the density of the continuous random variable, there is a function in a sample space, which has the set of possible values and thus, which can be further interpreted from the relative likelihood to the random variable. 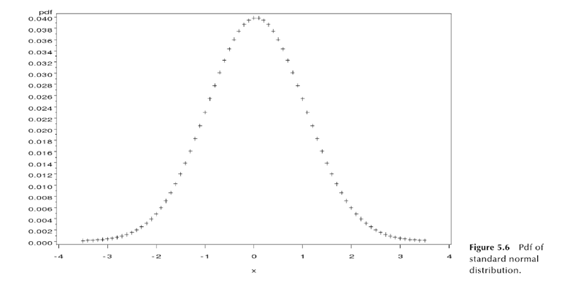 The normal PDF is with the mean 0 and with the standard deviation of 1; the variable x is used to find the formula. The random sample would equal to that sample or the value of the absolute likelihood. There are continuous random variables on the PDF and the particular value is equal to 0. If the value of the PDF is at two then the different samples would specify the probability. Random variable falling can also have the particular range of values but it does not take only one value, the integral value of this variable PDF has the probability function which can also be denoted with the probability of the density function. Probability distribution functions have the general sets or the values.

Here μ is the mean and σ is the standard deviation.

Z-scores could be explained to work easier with the raw scores; it has the variety of the purposes. Example, the Z-scores is used to determine the particular scores or the relative position in the sample. A z-score could be known as the number of standard deviations that can be known as the mean of the data point. Z-scores could be measured with the formal and used to find out the many standard deviations.

Following formula is used for the Z-scores: 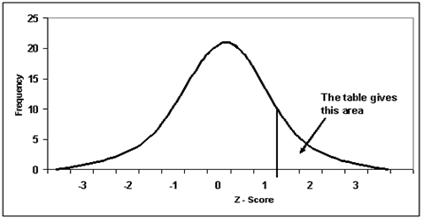 Six Sigma could be used to measure the quality of the organization, that how is the performance and how the companies are striving for the near perfection. Six Sigma is known as the disciplined or the data-driven approach in which there is the usage of methodology for eliminating the company defects. The companies struggle for the nearest specification with the help of the statistical representation. It is quantitatively processed, which focus on performing the customer specifications.

Six Sigma can also conclude the total quantity of chances as the amount can be calculated through the Six Sigma calculator, it uses the methodology for the implementation of the effective programs. Thus, it is the measurement-based strategy, which includes the DMAIC and DMADV; these are the project known as the Six Sigma improvement projects example the DMAIC is known as “define, measure, analyze, improve, control” and the DMADV process is known as the “define, measure, analyze, design, verify”. The company’s focus on theses Six Sigma projects for the incremental improvements.

The population standard deviation is represented by Sigma, it also measures the variation in a data set that is collected through the process. There are specification limits. The Sigma process has meant “average” and the standard deviations.