Case Study  Analysis of  “Is the Rookie Ready?”

The article “Is the Rookie Ready?” has entitles about the challenges that the manager, head, and 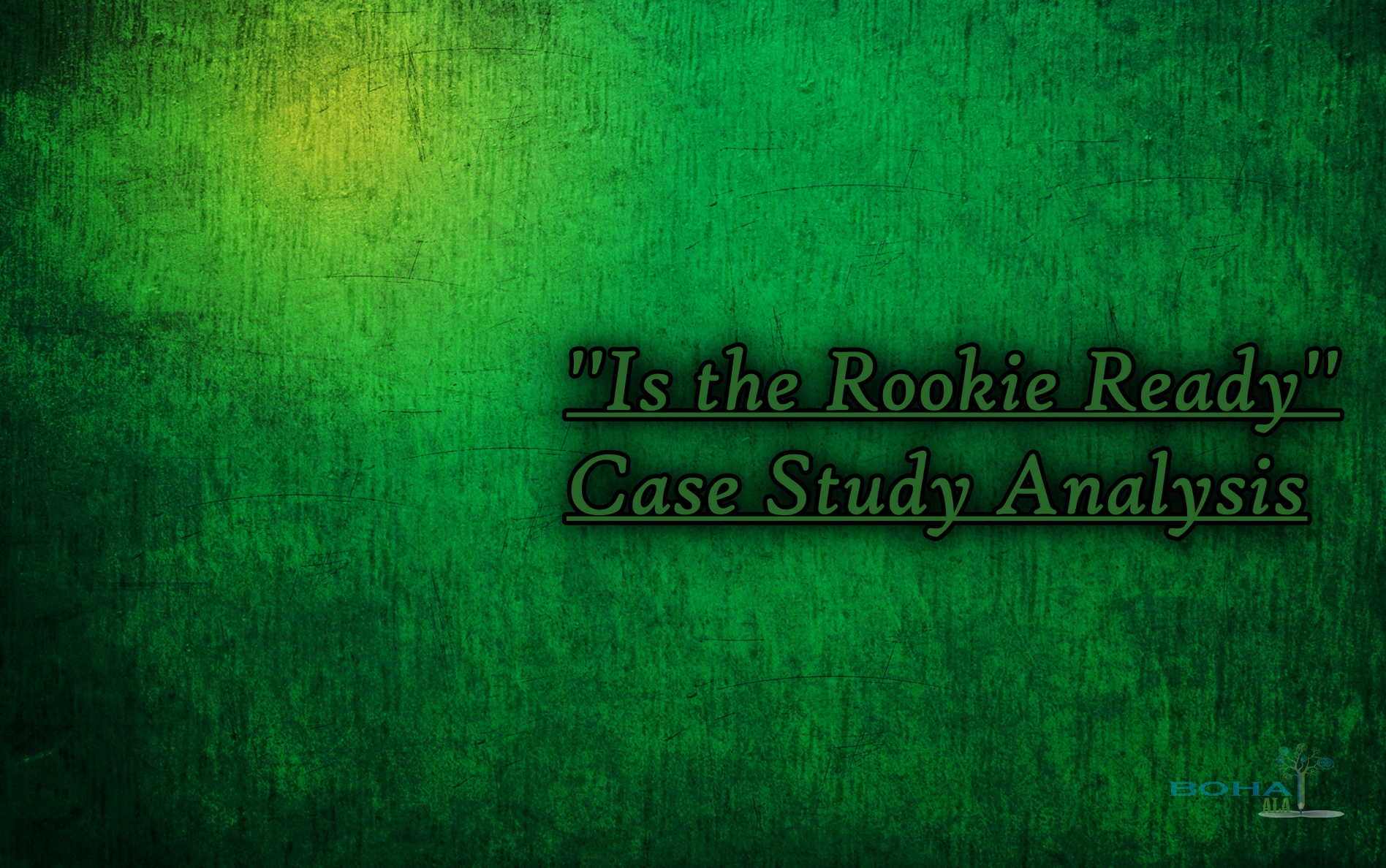 At that time, Tim received a call from the former client named Hybara Casino; Hybara Casino is one of the biggest clients of Driscoll software, the company has installed so many of the software’s for the company, however, Hybara Casino felt that the company is very expensive. Based on this reason Casino gave has to order of software to the other company, which was cheap; the software was not working properly and Casino called Time that they should fix the problem before Christmas, Casino wanted the Driscoll Software to resolve the issues, as the system was crashing continuously. Tim the unit head told to Hybara Casino that the company Driscoll Software would deliver the system before the Christmas, even the project cannot be completed in the two weeks. The Christmas was only two weeks away, while the problem or software required fixing within the six weeks.

Tim had taken the decision quickly, as the company was unable to manage or balance its revenue, it was the challenge for the company that how they able to do all the work, as this  work for Hybara Casino can bring the money or revenue for the Driscoll Software. The company needs to do efforts for the betterment, as the project has to be delivered before the Christmas. The Tim had not taken the good decision ad he was worried that what he needed to do further. As the decision was quick, nothing was going in the favor, he was thinking to hire Alessandra for this project, but then he talked to the Kristen that if she could manage the project with her team, Kristen also becomes worried because she knows that the decision of Tim is not good.

Tim has not taken the suggestion or involved the team before committing to the project. Tim does not feel Kristen and his team important, the project needed to be completed in six weeks, Kristen becomes worried off that due to the Christmas vacations employees or his team cannot perform better as they needed to be performed. Time put the project at the risk because the time frame was very tight. Tim is a quick decision maker; she just thinks about the company revenue, he does not think that how the task will be done. Alessandra left the company because she never gets the appreciation of her work by the Tim; Time dislikes the Alessandra work, she was not comfortable so she takes decision to leave the company.

In the end of the article, the author has concluded that Tim is not a good leader, as he did not appreciate the team or manager and do not involve them, while taking the decision. The author has concluded that Tim should promote the Kristen internally, so there could be the motivation, every manager faces the crises first, but it does not mean one is not capable. If Tim continuous with his behaviors, then the company can never get the success; Time need to reestablish the goals, he need to build a strong team first, so there should be the environment of trust (GREEN, 2009).

My opinion about the article is that two-way communication is necessary if any company wants to get success in the market, for the perfect business environment, the importance of all the workers need to be considering for the effectiveness. Tim is not a good leader, his rocky management style should be changed with the effective management style, and he needs to focus on the team before making the plans.  Tim has to create the environment of two-way communication and he needs to empower the team leaders so the decisions about the project can be effectively taken.

What is Deviance and its Examples