Is Mental Health Real or It is in Our Heads 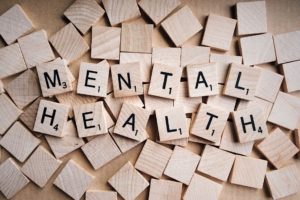 Mental health is not in our heads. It is a brain disorder that is associated with several factors. People who have mental health disorder are dangerous, violent and a risk to the public. The symptoms identify the mental disorder. The diagnosis is used to describe the symptoms. Mental health problems are different from other ailments. For instance, people who are diagnosed with flue often complain of regular sneezing or a cough. However, mental health is associated with a significant depressive disorder which explains the existing mood symptoms.  The determination of mental health relies on causes. Just like any other diseases mental health depends on etiologies of the causes of mental health. According to psychoanalysts, mental health disorder is caused by unconscious sexual issues that begin in childhood (Kadison, and Theresa, 2004). On the other hand, behavior therapist considers mental health as a primary dysfunctional behavior that is learned from inconsistent punishment from home. However, Cognitive therapists consider mental disorder is caused by schemas which as a result of specific negative concerns about self. As such, it can be deduced that mental health is a condition that relies on several factors. It is real, and that is several professionals have considered as a possible area of study.

Mental health is real since we can easily observe possible behaviors that are inconsistent with normal human behaviors. Such behaviors include overeating, sleeping too much or too little. Other people exhibit low energy and feel hopeless or helpless (Kadison, and Theresa, 2004). Feeling numb and pulling away from people is another possible symptom of mental health problem. Some individuals drink, smoke or use other during in an unusual manner. Furthermore, some people exhibit anger, confusion or are scared of the things that the sea.  Some individuals yell and fight with family and friends. In this regard, we can deduce that their mind is not stable. Mental health is a condition that we can easily tell by observing the above behaviors. It is easy to tell mental health problems and help the victim before they get worse.

People with stable mental health can fulfill various functions and abilities. They can learn, manage both negative and positive emotions and ability to feel. Furthermore, they can form and maintain good relationships with others. However, these abilities are lacking in individuals with mental disorders. According to World Health Organization (2005), mental health is “a state if well being in which every individual realizes his or her potential, can cope with the normal stresses of life, can work productively and fruitfully, and can contribute to her or his community.” However, some individuals cannot cope with the normal stress or work productively. As such, it considers mental health as real since it relates to the mental well-being of an individual. Mental health is about being social, emotionally and cognitively healthy. It reflects the way we think, and develop relationships (Kadison, and Theresa, 2004). It has nothing to do with a mental health condition. In this way, many people have come with different synonyms that only add confusion to the definition of mental health. People have used phrases such as positive mental health, subjective well-being, and good mental health.

In conclusion, mental health is real. It is not in our heads since something which is contrary to the normal social and cognitive behavior must be questioned. Mental health determines our ability to interact, initiate and relationships with others.

The Benefits of Cloud Computing