Naturalism is a term that describes literature that tries to use values of science like detachment and impartiality to study people. Writers have often believed that a person’s social environment and inherited characteristics determine the character he will possess. Though realism focuses primarily on the type of literary technique employed, naturalism includes a conceptual structure. Also, while realism tries to explain the requisite characters as they exist, naturalism tries to explain the fundamental forces that influence the behavior of its characters. The works of naturalism are associated with the dark side of life, such as violence, diseases, corruption, prostitution, poverty, and racism.

Even though the primary aim of naturalistic writers is to study humans, they believe that the rules behind forces that manage human life should be considered, and they should also be understood. They use scientific methods when they are writing their novels. They carried out studies on how their actions and instincts rule people and how environmental and inherited forces rule their lives.

The major theme in the literature of naturalism is that people are destined for any kind of life that the environment, inheritance, and social circumstances have prepared for them. Another recurring element was the power of emotions, which are primitive to negate the human being’s reasoning. Naturalism takes the world the way it is, for good or sickness (Smith 7).

A novel for literature is often distinguished by the people’s characteristics and life experiences in the book. Ironweed is a novel discussing the lives of homeless people in the city of Albany, considering their lives under poverty and depression. 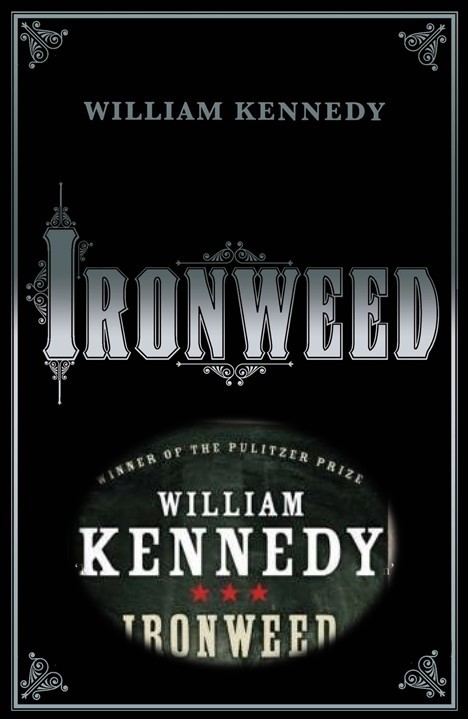 The novel discusses one primary protagonist, who is known as Francis. He lived a troubled life full of violence, but he longed for the day to understand himself and change his life.

Francis as a Naturalist Protagonist

The novel Ironweed is a literature novel which was written by William Kennedy. The setting of the book was during the era of the great depression. The novel talks of a man by the name Francis Phelan who was a drug addict and ended up killing his son, though it was accidental. He also killed other people who had wronged him since he was filled with anger and could act with violence when a person does something wrong to him. Francis is the main character since the novel talks about his life as an alcohol addict and the consequences that followed him.

The Ironweed novel tries to show that naturalism exists in the fiction of America. Naturalism has been in existence in America because writers in a generation relate it with originality and independence. The writer of the novel has restructured the materials of a conference in terms of his distinct revelation.

Ironweed novel does not only discuss the naturalistic way of falling apart of the weak and the underprivileged, but it also alludes particularly to other books which speak of naturalism (Evans, Solomon and Fredericks, 23).

At first, when we meet Francis, he is about to return to his family after fleeing to another society due to his crimes. The writer talks of Francis as a man who has a purified soul and wants to journey back to his community and his people.

Francis becomes a naturalist in the sense that the actions of men determine their future fate. He also acts the opposite principle that a person can control his destiny regardless of the kind of life pattern that he or she has been living in. This is described in his return to his home town in Albany, where he recollects his active life with his strength and grace in playing baseball.

The first act that showed that Francis was renewed was his attempts to save Sandra, a drunkard. Even though his efforts failed, he also tried to keep Helen, too, and his efforts failed too. However, these acts of trying to save lives rather than taking the lives away prepare him for his mission of redeeming himself.

The environment around Francis determined the kind of character that he possessed. This made him a naturalistic person. Due to life frustrations and the place where he grew up, he was forced to live a life of alcoholism, poverty, and anger. The experience that he lived in was pre-determined by the environment around him. People were frustrated by life challenges and poverty, and they could only find solace with a bottle of alcohol. This led Francis to do a lot of crimes, which made him regret later in life and decided to change his ways and look for his family members.

Some of his characters were hereditary. He was cursed with anger, which led him to be violent when others wronged him. This occurred even at an early age and the age of adolescence as well. The violence led him to kill his friends who were homeless. He also kills his son.

The writer shows that Francis is a protagonist when he portrays him as a sinner and a Dante-like figure who should redeem himself from all his sins. His journey back home presents a different level of his life. The seven sins mentioned in the novel are meant to make a person think of the Dante figure (Stokke 17).

Francis was an alcohol addict and was in much pain due to frustrations of life and terrible coincidences. However, he was generous to other people since he could share even a bite of his sandwich or the last sip of his wine, which was always cheap. This is because he could not be able to afford the expensive bottles of wine. He showed generosity out of his poverty, and he had a sense of humanity. This indicates that although his character was not the right character, at least Francis possessed some excellent virtues. At some point, it could be due to life challenges that he was forced to become a violent person.

He was a fighter and was always angry and violent to people who did something wrong to him. Most of the time, he was forced to flee from one place to another. He lost his job, moved from his hometown, and killed one of his children. However, he is referred to as being a remorseful man and felt guilty about his mistakes. This made him move to find refuge in other societies away from his hometown. He later returned to his hometown, but he started to experience hallucinations since he had killed three other people, apart from his son.

Francis’s mysterious interaction with his son, Gerald, indicates that he is about to redeem himself from his sins by climbing the mountain as a mission that his son gave him to forgive him for killing him. He carries out the mission that his son gave him, and in this way, his sins are forgiven, and he is allowed to reunite with his family once again.

The novel is a strong representation of literary naturalism. It portrays the character of Francis and the consequences that follow his actions. The use of imagery clearly emphasizes on the kind of behavior that the protagonist possesses.

The environment that we grow up determines the kind of values and character that we will possess. Naturally, the environment around us teaches us how to behave and relate to each other in society. Even though some characteristics are inherited from one person to another, mostly, our characteristics are determined by how we are brought up. Personality behavior is not inherited through the genetics of a person, but rather by observing others’ behavior. Throughout the novel’s analysis, the author uses different literary techniques to examine the dispositions of humans. All the devices are in support of topics about spiritual complexity, as well as the changes that continually happen to people. The novel tries to illustrate that no matter how evil people can be when they decide to change, they always change. Change is inevitable, and therefore everybody can change.