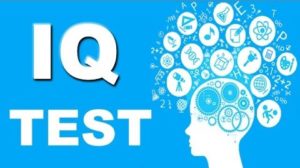 An intelligence quotient (IQ) is a total score derived from several standardized tests designed to assess human intelligence. The abbreviation “IQ” was coined by the psychologist William Stern for the German term Intelligenzquotient, IQ is nothing but the number that a person scores after taking one of the many standardized tests to measure the intelligence level of individuals. The general score of 95% of the population from these tests ranges between 70 and 130. Since there are quite a few different classifications, the Stanford-Binet Scale of Human Intelligence is the most commonly used one and we shall use that as a reference. According to this scale, people who have a score higher than 145 are considered geniuses.

EQ reflects a person’s ability to empathize with others: identify, evaluate, control and express emotions ones own emotions; perceive, and assess others’ emotions; use emotions to facilitate thinking, understand emotional meanings.

“Emotional Optimization” is the aspect of “Human Optimization” that deals with, you guessed it, emotions. Emotional health is an essential element in maximizing your potential and achieving success. Those who lack emotional intelligence will self-destruct long before success can flourish.

Mensa, the high IQ society, provides a forum for intellectual exchange among its members. There are members in more than 100 countries around the world.

Activities include the exchange of ideas through lectures, discussions, journals, special-interest groups, and local, regional, national and international gatherings; the investigations of members’ opinions and attitudes; and assistance to researchers, inside and outside Mensa, in projects dealing with intelligence or Mensa.

Q5: What is link between deaf and dumb?

When a child is born, is he able to speak from day one? No of course. The child can only produce sounds for the time being. He gradually learn from his mother how to speak some words when he heard her speak, he also learn some words from his siblings by the time he reach four years old, the child will be able to speak and pronounce some words.

There is what we call trilingual deaf person; someone who was born with a hearing loss, or whose hearing loss occurred before they began to speak. Infants usually start saying their first words around one year. Therefore a prelingually deaf typically was either born deaf or lost their hearing before age one (the age when most hearing loss in children occurs). Congenital (present at birth) hearing loss is also considered prelingually, since a newborn infant has not acquired speech and language.

When a child loss his sense of hearing, he cannot hear sound even if his parents speak to him, he will not understand and even if he does, he will not know how to pronounce the world and even if he try, you will only hear him say blah blah. Those of us who are able to speak is because we were born hearing and loss our hearing a year or more years later.

Using the word “mute” or “dumb” is not the right word to use in referring to someone who couldn’t speak. Those people can make a sound, you might not hear it or it might not make a meaning…..but they have their own language in which they express their feelings. We deaf use sign language to understand and communicate with each other. With sign language and interpreters, there is nothing we cannot do because each one of us have our God-given talent.

Q6: What is Down syndrome and Moonfaced?

Down syndrome (DS or DNS), also known as trisomy 21, is a genetic disorder caused by the presence of all or part of a third copy of chromosome 21. It is typically associated with physical growth delays, characteristic facial features and mild to moderate intellectual disability.

Moon facies, or moon face, is a medical sign in which the face develops a rounded appearance due to fat deposits on the sides of the face. It is often associated with Cushing’s syndrome or steroid treatment (especially corticosteroids), which has led to it being known as Cushingoid facies (“Cushings-like face”).

Q7: Summary of “Theory of Everything”?

The movie starts as the Cambridge student Stephen Hawking meets Jane, and although shy at first, eventually they both get close. Stephen soon learns about his illness and decides to shut Jane off from his life. But Jane insists they stay together, knowing the illness will progress and slowly take Stephen away from her. They get married soon after, and Stephen soon graduates his doctoral study, having more interest to cosmological physics. Jane stands by Stephen as the illness progresses, impairing his locomotion, balance, speech and even swallowing. They have two children and Stephen’s work starts to gain spotlight. But little by little, Jane starts to lose her spirit, though she doesn’t reveal it.

Jane’s mother advises her to join the church choir to help fill her spare time so she goes. There she meets the choir’s tutor Jonathan. Jonathan gets close to Jane and her family, even with Stephen. He goes as far as being a helping hand for Stephen when the family goes on an outdoors trip. Jane ultimately starts to feel attracted to Jonathan. But Jonathan backs away when friends and families start to whisper. As Jane goes with Jonathan, Stephen goes to watch an opera. But Stephen has an episode and goes into a coma, and the doctors hesitate in doing a tracheotomy on him due to his muscles already having atrophied which means Stephen’s ability to speak will be impaired. Jane insists on a tracheotomy, but the family then struggle communicating with Stephen.

Jane hires a help, Elaine, who quickly suits Stephen’s needs while Jane slowly slips away from him. Stephen then gets the robotic speech aid program which helps him a lot. But then Jane reaches her limit and she and Stephen get a divorce. Jane goes on to marry Jonathan. But Stephen calls for Jane, as the first spouse, to accompany him in receiving a title from the Queen

Tags Summary of “Theory of Everything”? top people with highest IQ What is Down syndrome and Moonfaced? What is EO? What is EQ? what is intelligence quotient What is IQ? What is link between deaf and dumb? What is Mensa?