Investors and The Central Bank

Are Investors Losing their Faith in the Central Bank

The investors are concerned about the ability of the central bank to revitalize the economy. However, the central 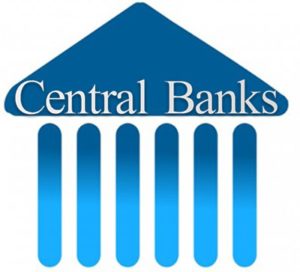 According to the Fed Herring survey findings, the global central banks play a critical role in the development of the economy by implementing different monetary policies. However, the results of the survey further assert that the Federal Reserve has had a negative contribution towards the growth of the markets.  This has lowered the economic growth rate. The investors also get small earnings per share. This failure has been attributed to the Fund Managers who have been described as the “biggest trail risks.” The monetary policies being implemented by the Fund Managers are aimed towards enhancing the long-term inflation expectations. However, the central bank is looking forward to hiking the interest rates, but this will depend on the consumers. Besides, they have not been able to raise the interest rates because of the existing fundamentals of economics. The underlying economic fundamentals are the main reason why the central banks have not raised the interest rates. If the interest rates are increased, the price of money will increase. The increase in the price of money affects corporate bonds and credit cards.

The Fed desperately wants to raise the interest rates as this is in line with their normalization policy or theme. However, if this theme is affected, the cost of borrowing is likely to become more expensive. Major Banks in the US are likely to raise their prime rates. This would affect credit cards, variable loan rates, and mortgage. According to the statement made by the chairperson of the Federal Reserve Janet Yellen, the interest rates need to rise to enable the US to achieve a normalized monetary policy. This move by the Federal Reserve would make investors lose faith in the central bank. If Fed increases the interest rates, the dollar is likely to strengthen against other currencies. This can implicate trade in the US. Foreign investors would find it safe to invest in treasuries and other assets. The American exports would become more expensive thus affecting the manufacturing sector in the US. The risky emerging economies would find it attractive to export their products to the US. In this case, the US will experience unfavorable terms of trade. If the manufacturing sectors are affected, the unemployment rates will rise thus influencing the economy of the US.

According to McDonald, Janet Yellen can announce two hikes to protect her legacy. During her tenure as the chairperson of the Federal Reserve, the financial conditions have remained stable. The easy monetary conditions have made inflation to remain low. The confidence of the market participants in the central bank has been faltering. Servicing external debts have proved to be expensive because the currencies of the emerging markets have been falling against the dollar. This trend is being encouraged by the domestic credit policies initiated by the central bank.

The steady interest rates adopted by financial policies may lead to quantitative easing which may further affect the rates of investment. For instance, the Bank of Japan which kept its interests rates steady for a long period realized this had gone out of their normalization theme. The expected rise in the interest rate by Federal Reserve increases the credit card rates. This means the cost of acquiring credit from the financial institutions will further increase. The banks will raise the variable and fixed borrowing rates making investors to shy away from loans thus affecting investment spending. The push to raise the interest rates would maintain the long-term targets of inflation while investors will be barred from spending in investment projects. This is associated with low returns that they are expected to get from the investment. Therefore, the policy to raise the interest rates to be effected by Fed will affect investment decisions thus making investors lose their faith in the central bank.