Explain why the study of intercultural communication is important for you.

Intercultural communication is the study that makes you able to go through with the overall myths of any culture you are following or about any culture, you are having study about. The thing is that you are studying the knowledge should be unique and accurate and as well as it has to make you study the complete working of your related topic of culture about any society or culture. The thing is there are too many different people live in the world they all have the most different way in which they use to live.

Most of the people continue to follow their cultures from their ancestors. They use to say that their ancestors are following this culture so do we are following that culture too. This study is very much important because it increases the knowledge of any person about a different type of cultures and people living around the world.

Distinguish between dominant and non-dominant cultures.

Dominant culture is that form of culture in which there are many of the dominant features present in any of the society due to any interference with the political or any other economic factor that deals best with the concept of having the best and most important thing is that they are going to increase the knowledge of a specific culture. Non-dominant culture is that culture that has pre-cultures for having them studied by the people.

They do not have any specific cultures but they have the most efficient and most important things to be considered keenly in this regard. The main difference in both the cultures is that they although studies both the cultural effects but they have different methods to complete the study about all the aspects of dominant and non-dominant culture as a must. Both the cultures need a consistent up gradation to know about it.

State the characteristics of various cultures, such as individualism, certainty and time.

There are many of the characteristics of the culture that completes the concept of culture. The characteristics include the certainty, timings, uncertainty and many other things that without those we can say that the culture concept is completed. The time had a great impact on this that if people do not focus on the fashion or trend of the latest timings than they cannot be able to get the most efficient place in the society and as well as they are not going to make their place in the current timing if they continue with the old terms of culture in their times. The individualism deals with the person-to-person variation of the culture that how can one accept it efficiently or properly.

Culture is the way of living of any society or people living in a place. They make culture by following the way of living that their ancestors followed in their past. Sometimes it happened that the people who do not have complete focus on the latest rituals and trends then they cannot survive best in implementing that culture properly. There should be made many of the different strategies by the people in terms of improving the culture of a society so that it can get the most prominent place in the society.

We must promote every type of culture by promoting its tactics and technique and styles that needed to live properly and efficiently as well. There are many other things that also had to happen in terms of making the culture prominent and attractive so that they can promote their culture more. In order to make the culture improved then there are more chances of having them accurately implemented in their circumstances and as well as they needed to be maintained well and manageable so that the culture will get the best place in the society. 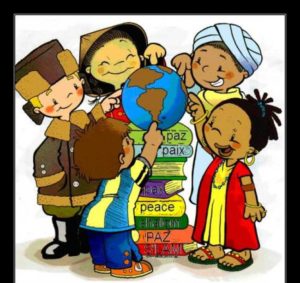