INHERITANCE OF GENETIC DISEASES DUE TO CHROMOSOMAL ABERRATIONS

Heredity plays a part in almost all diseases. Recent advances in gene research have allowed a steadily increasing number of specific genes and genetic factors to be linked to a wide variety of medical complaints. There are currently approximately 6,000 known genetic diseases. Those that result from simple mutations of single genes are often referred to as hereditary diseases, and they exhibit distinctive patterns of inheritance in families.

Inherited diseases result primarily or exclusively from genetic mutations or genetic imbalance passed on from parent to child at conception. These include Mendelian genetic conditions as well as chromosomal abnormalities. A third group of disorders exists wherein both the environment and genetic factors interact to produce—or influence the course of a disease. These conditions to as having multifactorial or complex inheritance patterns.

Wolf-Hirschhorn syndrome is caused by the deletion of the distal short arm of chromosome 4. The disorder’s major features include a characteristic facial appearance, delayed growth and development, intellectual disability, and seizures.

Jacobsen syndrome, also known as 11q deletion disorder, results from a loss of genetic material from the end of the long arm of chromosome 11. Signs and symptoms of this condition vary, but most individuals experience delayed development in motor skills and speech, cognitive impairments, learning difficulties, and some behavioral problems.

Angelman syndrome (AS) is an example of genomic imprinting, where the deletion or inactivitation of genes on the maternally inherited chromosome 15 causes the paternal copy, which may be of normal sequence, to be imprinted and silenced. AS is characterized by intellectual and developmental delays, sleep disturbances, seizures, and jerky movements, but also frequent laughter or smiling and usually have a happy demeanor.

Turner syndrome (TS) occurs when one of the two X chromosomes in females is either missing or incomplete. The most common symptoms are short stature and gonadal dysgenesis, which can cause incomplete sexual development and ovarian failure and infertility. As of right now, there is no known cause of TS.

Triple X Syndrome is characterized by an extra X chromosome in each of a female’s cells. It does not cause any unusual physical features but is associated with the increased risk of learning disabilities and delayed development of speech and language skills.

Williams syndrome is caused by a deletion of genetic material from portions of the long arm of chromosome 7, a region that consists of more than 25 genes. Researchers have identified a few of the specific genes related to Williams syndrome, but the relationship between most of the genes in the deleted region and the symptoms of Williams syndrome is still unknown.

Cri du Chat syndrome results from missing a piece of chromosome 5. Symptoms include a high-pitched cry that sounds like a cat, downward slant of the eyes, partial webbing or fusing of fingers or toes, and slow or incomplete development of motor skills.

Trisomy 18, or Edwards syndrome, occurs when a person has a third copy of material from chromosome 18 instead of the usual two copies. Some symptoms include clenched hands, feet with a rounded bottom, mental deficiency, underdeveloped fingernails, and an unusual shaped chest.

For individuals with cat eye syndrome, the short arm (known as 22p) and a small region of

Full Trisomy 16 occurs when an individual has three copies of chromosome 16 instead of the usual two and is the most common chromosomal cause of miscarriage during the pregnancy’s first trimester. Mosaic Trisomy 16 is a rare disorder in which an extra chromosome 16 is present in some cells, but not all. Some common symptoms include intrauterine growth retardation (IUGR) and congenital heart defects.


Charcot-Marie-Tooth (CMT) disease is the most common inherited neurological disorder and is caused by genetic mutations. CMT1A results from a duplication of the gene on chromosome 17 that carries instructions for producing the peripheral myelin protenin-22.

Down syndrome (DS or DNS), also known as trisomy 21, is a genetic disorder caused by the presence of all or part of a third copy of chromosome 21. 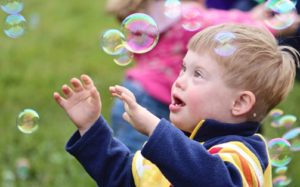 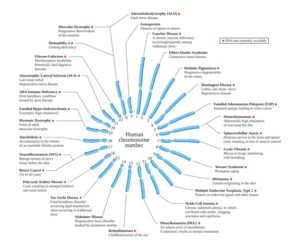 Normally there are two working copies of every gene in each individual. In the case of a dominant genetic disease, one copy of the gene is altered by mutation and causes the disease even though the other gene copy is normal. . Examples of autosomal dominant diseases include achondroplasia (a form of dwarfism), neurofibromatosis, and Huntington disease.

When diseases can be attributed to genes on a sex chromosome, either the X or the Y, they are characterized as sex-linked diseases. Human males carry one X and one Y chromosome, and human females carry two X chromosomes. For example Haemophilia (A and B)

When there is interaction between genetic and non-genetic factors, the disease termed is known as multifactorial or polygenic diseases. Examples include hypertension, stroke, diabetes and most forms of mental illness. 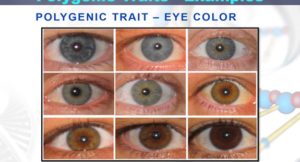 Benefits and Harmful Effects of Genetics on the Modern World