Influence of Media on Public Opinion

Influence of the Media on the Public Opinion

Mass media is an ideal source of information relied upon by many. It plays a critical role in public opinion since it disseminates information and facts concerning various topics that the people should know. If the mass media reports inaccurate information, then the people would have wrong information regarding different issues in the society. As such, they would end up making uninformed decisions. Media has influenced public opinion for over 500 years (McCombs, 2011). The information is disseminated through books, magazines, newspapers, sound recordings and the internet. The advanced technology used in the various social media platform such as Facebook has made it easier for people to access information. The media has also created various opinion leaders in different countries that people rely on to get their views or facts concerning various topics affecting the society such as politics. Therefore, the media plays a significant role in influencing the people’s decisions on different themes in the community. Most importantly, it should be 100 percent accurate so as to disseminate the correct information to the public. Inaccurate information may have both negative and positive effects on public opinion.

The role of mass media in public opinion cannot be over emphasized. It plays a significant role in shaping the minds of the people. It is usually considered as the 4th pillar of the society apart from the judiciary, the executive, and the legislature. It plays a significant role in the societal welfare by shaping and promoting a healthy democracy. Media is considered as the backbone of democracy in several countries in the world. Media makes people aware of various political, social, environmental and political issues taking place in the world McCombs, 2011). Media is considered by many as the mirror that reflects the truth and realities about life. The media has evolved over the years and is more active. It reminds politicians about of the unfulfilled promises and enables the illiterate members of the society to elect the right people. This is made possible through excessive coverage especially during elections period. 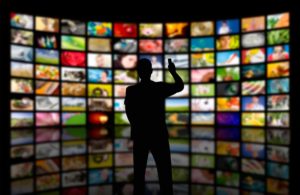 The media is very crucial in influencing public opinion. It provides people with essential information about what is happening in the world. This depends on how such information is communicated through the mass media. The information plays a significant role in shaping the people’s perceptions or opinions on political and social issues affecting the members of the society. In this way, we end up relying on such simulated reality as the facts which contain the implicit message.

Today, people rely on different media platforms for information. There are some which have become more popular. For instance, the internet has become more popular in the 21st century compared to other media platforms (McCombs, 2011). It influences how people view the world. As such, it dictates how we perceive various norms and realities. The internet has become part and parcel of most of us. It makes people view the world as a global village since they can get any information at the touch of a button. It tells us stories of things which are happening in the world. In this way, people will be motivated to make informed decisions on factors that affect their day to day activities. The media also plays a significant role in telling people what they are supposed to do. This is evident in the print media. In this context, the media decides what the readers should think about after reading the content. For instance, during campaign periods the print media publishes the profiles of the aspiring candidates. After reading such information, the electorate can be persuaded to change their opinion about the candidate whom they are supposed to elect to various elective positions.

On the other hand, the information disseminated by the press has led to communal riots. This is usually caused by excessive coverage of sensitive issues. It is important to note that the illiterate people are very susceptible to provocations compared to the literate. The impact of media on public opinion is noteworthy (Lewis, 2001). However, repetition of sensitive issues or news usually does breed into insensitivity or apathy. For instance, in the case of Sadam Hussein, some children who tried to imitate the hanging procedure ended up losing their lives. Therefore, the media should take utmost care of the content that they air or publish as this can significantly impact on the public opinion. It makes people question the authority and validity of the existing laws. It may also affect the political career of the current national leaders. This is one of the disadvantages of media on public opinion. However, the cons of media can also not be taken lightly. Such insensitive information which is aired on television or published in the print media also communicates to the public the effects of engaging in criminal activities. As such, people would be cautious before committing crimes.

The impact of media on public opinion cannot be disputed (Lewis, 2001). However, the media has gone a step further to publish violent information to attract readers to cope with the competition in the industry. Today, the television, the internet, and the print media are making fast money by airing and publishing wrong content. They do not consider ethical standards of the people they serve. The ability of the press to influence masses especially the youth affects public opinion. People have to think about the future of social media since it no longer publishes useful and friendly information that suits the interest of the majority of people as before. As such, various people view the media as an agent that promotes immorality and other social evils in the society.

A free and independent press has always influenced the public opinion in several ways (Martin, 2002). This depends on the effectiveness of journalists in selecting the right methods and tools to use. Journalism has developed over the years especially in the democratic countries. It is more concerned with the welfare of the people it serves. Journalists are committed to ensuring that the basic social and ethical standards are maintained. As such, it is considered as the backbone of public opinion in any democratic country. The media has helped to solve various controversial issues in the society. It ensures that such information is transparent and well refined. Therefore, it influences how the readers view the topic or the story.

Impact of Media on Public Opinion