This study is aimed at identifying the human resource issues existing in the hotel giant Sheraton Hotels and Resorts. The study is conducted in Sheraton New York Hotel and Towers located in New York City. Sheraton is one of the oldest and the best hotels in the world. Currently it has very good market share in the hospitality industry. The final report is addressed to the company’s top-level human resources executives to help them solve the issue. 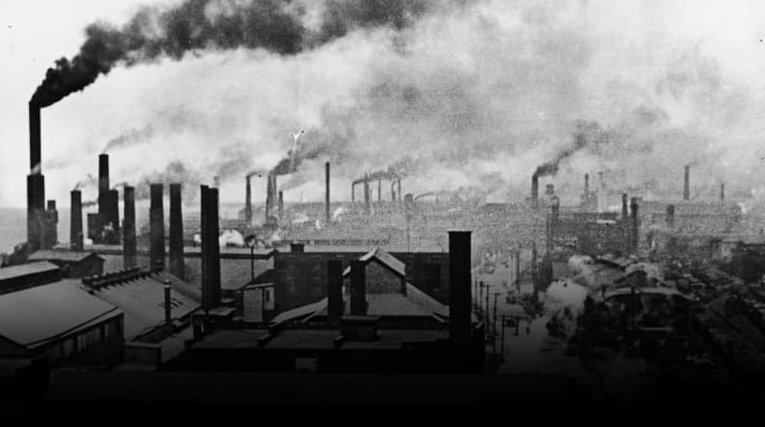 Objectives of the Report

The main purpose of preparing this report is to study and analyze the organisation’s major human resource issues. The study is routed to some of the areas which were found to be unsatisfactory from a primary observation. The core focus areas of the study can be enumerated as follows:

Sheraton hotels and resort are a brand of Star Wood Hotels and Resorts. Sheraton hotel was founded by Ernest Henderson and Robert Lowell Moore in 1937. The hotel was formed after acquiring Springfield hotel in Massachusetts. It started its expansion internationally in the 1950’s after purchasing two Canadian hotels. In 1968 the Sheraton hotels was acquired by ITT and there from it was known as ITT Sheraton. Later on the group adopted high branding strategies while they implement their expansion process. Sheraton faced another expansion process in 1998 when the hotel was acquired by Starwood hotels. “One of the leading hotel companies in the world, Starwood’s other brands include Sheraton® Hotels & Resorts, Four Points by Sheraton Hotels, St. Regis® Hotels & Resorts, The Luxury Collection®, Le Méridien®, W Hotels®, and Westin Hotels & Resorts®.” (Sheraton Hotels and Resorts. 2007). Sheraton hotel is the first hotel to list in the New York Stock Exchange. “Sheraton had proven so popular at the end of its first decade and had become such a relied-on brand that it was the first hotel chain to be listed a New York Stock Exchange. “(Sheraton Hotels & Resorts. 2007). Sheraton was the first international hotel chain to start operation in China.

The organisation selected is the Sheraton New York Hotel and Towers located in the New York City. Now Sheraton has its hotel branches in 400 cities in 70 countries.

Human Resources are regarded in any organization as the most important resource, because it can only function through people. Human Resource Management is concerned with the people’s dimension in organisations. Management of human resources is a management function that helps managers recruit, select, train and develop members for an organization. The main functions of human resource management are coming under two heads such as Managerial Functions and Operative Functions. Managerial functions include Planning, Organizing, Directing, Co-coordinating, and Controlling. Operative functions include Procurement, Training and development, and Compensation.

HRM provides suitable job to suitable person and it will help to have psychological and social satisfaction to the employees. It also helps to provide reasonable compensation to workers, while leads them to have a good standard of living. HR management is the key player in balancing the healthy relationship among employees. The primary objective of management is to ensure that every employee makes his fullest contribution to the achievement of objectives of enterprise. Job Evaluation is done by Human Resource Management. Job evaluation is the orderly and systematic process of determining the relative worth of the various jobs within the organisation so as to develop one equitable wage and salary structure. Salary or wage is one of the most important factors for developing and maintaining good employer – employee relationship. The compensation is calculated by considering the facts such as nature of the jobs undertaken, the relative value of the job, and the realistic worth or ability of an employee in performing job.

The main steps included in the employment processes are HR planning, Recruitment, and Selection. Human resource planning is the process of forecasting an organisation’s future demand and supply of the right type of people in the right number. Recruitment is the process of searching the required qualified persons and stimulates them to apply for jobs in the establishment. The main processes of recruitment are; identification of different sources of labour supply, assessment of their validity, chooses the most suitable sources, and invites application from the prospective candidates. Selection is the method of selecting the most eligible persons from among all applicants. It starts immediately after recruitment.

All employees can express their dissatisfaction or a difference of opinion in the work assignment or in terms and conditions of employment in an organization. The petition may be filed by an individual or employee association or by the union.

The International Labor Organization (ILO) clarifies a claim in respect of salaries and benefits, working conditions and definition of service requirements as consistent with one or more workers; includes areas such as overtime, leave, transfer, promotions, seniority, job placement and termination of service

Discrimination based on skin colour or religion or sex is illegal. Illegal discrimination involves treating someone not suitable only because of their sex, age, race, religion, family status, disability.

Globalization of economic forces leaded to economic and technological changes. Here the major changes happen due to the shift of jobs from one industry to another industry. It results, some organisations have had to reduce the number of employees, while others have had to attract and retain employees. The availability of human resources and their quality are also a major issue to HR management. Many organisations need more educated and efficient workers in the coming years indicates that the shortage of skilled workers. So, the HR management has to take necessary action to continue the existing employees and make training for future jobs and skills available for employees at all levels. Demographics and diversity are other issues faced by the HR management. The balancing of employees based on age or income and people of different races or cultures are critical to an organisation. Most of the organisations are experiencing an aging of their workforces. Cultural and sexual differences are sensitive and it will make many problems to the organisation. Organisational Restructuring is the issue faced by the HR management. Restructuring of the organisation may be take place by merger and acquisitions or eliminating several layers of management. These will help the organisation to improve productivity, quality, service and reducing costs. As result, jobs are redesigned and it will affect the workers.

The selected sample size for the study was 50. The employees were selected randomly selected from the organisation. The information gathered was analyzed using simple percentage. Opinion of the respondents gathered by the use of a questionnaire is as follows.

The research based on the human resource aspects in Sheraton New York Hotel and Towers has drawn the following major findings based on the information gathered from the respondents.

The following recommendations are drawn for the improvement of the negative situations prevailing in the organisation.

Sufficient number of findings was drawn out from the analysis. There were many unfavourable findings about the Human Resource policy of the organisation. Discrimination on the basis of gender was found to be the major negative practice. This is really a sort of backward thinking and should be wiped away from any workplace. Unsatisfactory pay scale is found to be another major issue. An unsatisfactory pay scale directly relates to the employee turnover in an organisation. On the basis of the necessary findings appropriate recommendations were drawn, and these are expected to really help the organisation to overcome its poor human resource practices. Modifying the HR policies on the basis of the recommendations can help the organisation to retain its existing employees for long.

2) How long have you been working in this organisation?

3) Are you satisfied with the working hours?

4) Are you satisfied with office layout where you work?

5) Is there any gender discrimination existing in the organisation?

6) Do you get sufficient holidays?

7) Are you satisfied with the current pay scale?

8) Are you satisfied with the present job?

9) Are you looking forward for another job?

10) Does the management assist you personally solving your grievances?