Implementation of Cloud Computing in City of Pittsburgh

Cloud computing is one of the new innovations that allow for easy and on-demand access across the network to a common pool of computing resources. Such services can include software, servers, and networks that may be supported with restricted oversight and minimal contact between service providers (Furht & Escalante, 2010, p. 3-5). Cloud computing provides storage for small to medium files, as well as email services for the general or working individuals. Currently, there are three types of cloud models that include private, public, and hybrid clouds while the main services that an organization can take advantage of, with respect to cloud computing, include Software as a Service or SaaS, Platform as a Service or PaaS, and Infrastructure as a Service or IaaS (Srinivasan, 2014, p. 26-34). Whatever the scale, cloud computing has become an valuable tool for many businesses. Some of the advantages that can be gained from cloud computing adoption include, but not limited to, a substantial reduction in operating expenses. The City of Pittsburgh knew about the benefits and took on the process of exploiting them. The purpose of this essay is to evaluate the overall cloud adoption process used by the City of Pittsburgh. Most of the framework would be focused on the problems that caused the technology to be implemented, and also the process used to select the vendor. 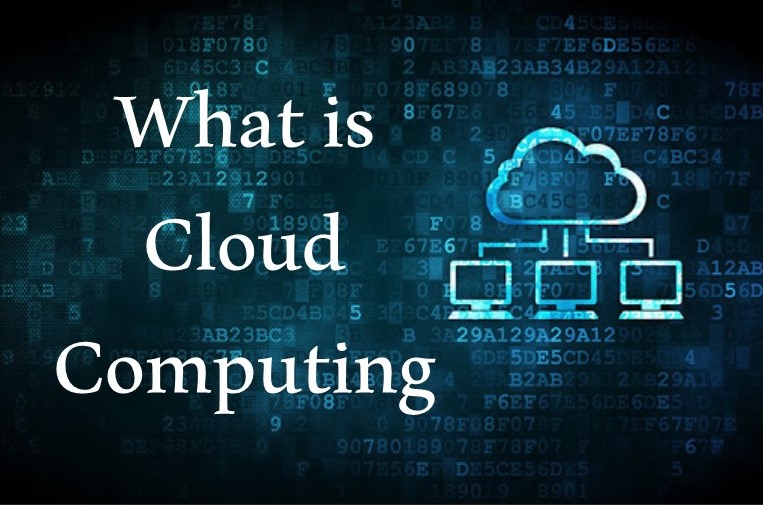 Analysis of Issues Facing the CIS

Thanks to its cost efficiency and the potential to improve profitability as well as competitiveness, most companies have discarded their own modes of storage and embraced the cloud storage. Many of the cloud service providers include Google, Netflix, Dropbox and Microsoft (Crookes, 2012, p. 7-11). Cloud computing helps companies to increase productivity and deliver quality services (Aljabre, 2012, p. 235). Despite these advantages, however, organizations must evaluate themselves to decide whether this is the best choice, because it entails some risks, such as the protection of the data held at the cloud servers (Srinivasan, 2013, p. 49-51). Such risks can lead to conflict between the stakeholders and a credible strategy must be used to reassure stakeholders and any other parties involved. The City of Pittsburgh required exploring the probable alternatives to its existing email system due to a pressure to the existing resources as well as the technology. Due to the continuing demand for a reliable and efficient email system for the City of Pittsburgh and an inadequate supply of resources to maintain the existing system, the CIO or the Chief Information Officer decided to consider the alternative of adopting the cloud technology but knew that convincing the involved parties would not be easy. To be able to justify the decision to adopt cloud storage for the email system, a transparent decision making procedure was developed. The main aim of this was to ensure that an objective framework whose aim was to determine the best cloud based alternative would be used to address any concerns that might be raised by the stakeholders. Any decision being made in this city must be approved by the three main bodies, which include the City Controller, City Council, and the Mayor’s office (Mu & Stern, 2014, p. 70).

In order to acquire complete information concerning the existing problem, which would be used to justify the preferred alternative, the city’s CIO decided to undertake an internal analysis to determine the extent of the present problem. The CIS or the City’s Information System department has five divisions that include the public safety, operations, systems development, client technology, and open systems. Each of the divisions has its own responsibilities and employees. These employees were the main area of concern for the CIO. Their work experiences ranged from recent graduates to long-term employees with high school education and around 30 years of working experience. According to the assessment of the CIO, the employees with the most experience had the weakest technological skills while the recent graduates presented the most sophisticated skills but at the same time had the least salaries (Mu & Stern, 2014, p. 72). This is because the salaries were being allotted according to experience rather than performance. This would mean that the city has experienced highly paid IT professionals with obsolete knowledge with respect to the modern business world. For this reason and the fact that the entry-level graduate employees who are paid low salaries tend to seek employment in other firms, especially private ones, where their skills are appreciated. This implies that another issue incorporated losing highly efficient employees due to the inefficiency of the payment system. The external environment analysis indicated that the city was being persuaded to integrate with governmental agencies. In order to recommend the identified new email solution, the CIO intended to show that his aim was to minimize operational cost while maintaining the quality of services. To further deal with the existing challenges from the assessment, the CIO viewed the cloud solution as the only option. To ensure that there would be a complete buy-in by all employees and the stakeholders, the CIO used the strategy of participation where the decision making process would encompass input from all parties (Mu & Stern, 2014, p. 72-73). The most critical process that would need the input of the stakeholders is the choice of the cloud service provider. Involving the stakeholders of the decisions being reached is important because it can build trust, transparency, and the stakeholder can provide unique insights into various issues. It also motivates their efforts (Engels, 2004, p. 13). However, in spite of the benefits involved, their involvement takes time due to consultations and considerations (Conroy & Peterson, 2013, p. 43-45).

In the quest to choose the cloud provider to contract, several factors had to be considered. This is because the city handled highly confidential data. It was decided that due to this confidentiality, the city required a cloud service that would guarantee the dissemination of the data within the U.S. The decision was finally made that the composition of teams would be mainly based on expertise but not longevity. This means that an individual would be chosen regardless of longevity or position (Mu & Stern, 2014, p. 74). Such individuals would be responsible for implementing the solution once it is decided. Since communication would take long as input is considered, a structured approach towards communication was adopted. The idea to include a facilitator was also brought up whose responsibility would be to instruct the members to indicate if they liked or disliked a proposal. Facilitators, either internal or external, are usually important in business discussions because they bring unbiased objectivity, thinking that is outside the norm, raise the most appropriate issues, and increases the possibility of a successful outcome (Kaner, 2011, p. 56-59). Although the internal facilitator has advantages such as extensive knowledge concerning the issue being discussed over the external ones, neutrality would be realized if an external facilitator was hired. However, any facilitator would help the situation (Rees, 2005, p. 13-14). With regard to assessing the vendor proposal, a secret vote would be held to ensure that various judgments would move within the anticipated time.

The next step incorporated employing an outside vendor to provide help desk services. The city had made a mistake of assuming that the existing help desk would be sufficient until a vendor raised the issue. This implies that the process required a consultant or an individual with adequate expertise in the working of cloud services and ways of making it as efficient as possible. Use of consultants makes a process easy and affordable because some costly mistakes could cost the city a lot of time and resources (Mirr Jansen & Zwygart-Stauffacher, 2010, p. 57-59). A committee for cloud selection was then formed. Once the committee meetings commenced, a lot of time was used when incorporating the ideas of each member after which the RFP was obtained and released. The next step involved choosing the vendor, which was not easy since lawsuits were possible. For maximal outcome, the CIO decided to use the AHP decision-making process when selecting the vendor. Since this method had reliable reputation, the committee accepted to use it. The method is also highly transparent and efficient (Ishizaka & Labib, 2009, p. 212-215). Through this method, the decision-making problem is subdivided into levels, which are then arranged in a hierarchic order (Saaty & Vargas, 2012, p. 23-26). This method can provide information even regarding the allocation of resources. This is why it has been said to be the multiple criteria decision-making process (Bhushan & Rai, 2003, p. 13). Bidder’s proposals were then invited where seven bidders submitted their proposals. The bidders were requested to provide presentations after the committee reviewed their proposals. Scores on each vendor were entered to the AHP software for the purpose of aggregation. The decision was then made that Google would be contracted and all members consented. Several months were then used in evaluating, discussing, and interviewing after which the selection committee was comfortable with recommending Google. The mayor was notified of all procedures taken and before the decision was announced, all stakeholders were notified of the final decision. The cloud-based solution was then deployed.

The City of Pittsburgh succeeded in introducing cloud. The success rate of the entire process is determined by many factors. First, they resulted to using professional services, which made sure that nothing was left to chance. The CIO also adopted the best problem management protocols starting with the detection of current problems and then reviewing the solutions available (Mu & Stern, 2014, p. 70). Second, the decision making process was transparent and considered all the input from the stakeholders. The idea that no decision was communicated to the public before notifying the stakeholders was also a key reason behind the success. Third, the CIO used one of the best decision making processes to promote the transparency of the entire process, which is the AHP process. Even this choice was discussed among the committee members. This implies that no decision was made single-handedly. Fourth, the entire process took adequate time especially the final decision where it took the committee several months before Google was confirmed to be the vendor of choice. The mayor was also impressed with the entire process and even supported it.

In conclusion, the City of Pittsburgh was successful in adopting cloud technology. This followed the continued pressure to provide email services to its residents and employees. Since it could not provide the financial services for supporting the existing email system, it resorted to a lengthy process of determining the best cloud service to use and to gather support. Cloud services are efficient and help organizations in reducing expenses. Through these procedures, the city was able to minimize expenditure and to maintain the quality of email services offered.