Impact of Political Instability on Hunger in Africa South Sahara

Africa South of the Sahara 2008-2011: Hunger as a Factor in Political Instability

The article entails about the spiking food prices causing a great disturbance in many countries like Middle East, Asia, 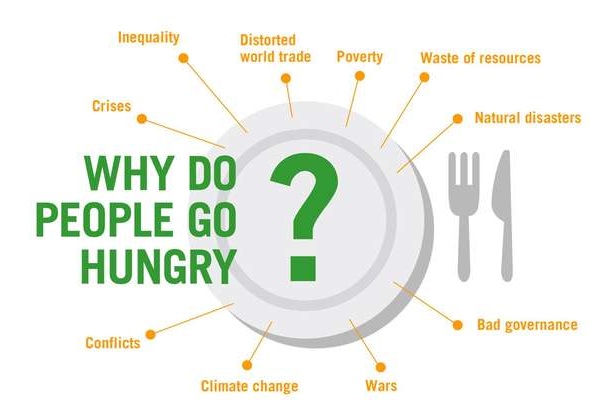 Latin America and the Caribbean. Africa was affected by greater extent between the years 2007 to 2008. The article entails the information related to the unequal distribution of resources including especially food in Africa and in many other courtiers. The article discusses the challenges to providing security of the food along with the competing views and differences related to economic crises people are facing in the south of Sahara and in Africa.

From the year, 2007 and 2008 many countries, especially the developing countries, faced the financial crises around the world including Japan, Middle East, China etc. Many reasons are involved, causing financial crisis to a great extent for example; Physiological and psychological effects of hunger, which is explained with the help of example mentioned in the article. In the 20th century, Joseph Stalin had a power of Soviet Union, what he did first was controlling of production and access to a food supply that caused people to come at the stage of starvation. Sue to this, almost five million died of hunger. In the year 2008, prices of the food rose because of political involvement and instability, the increase in price affect development and fight for hunger especially in Ghana, Uganda, Yemen, Haiti, Bangladesh, Pakistan, and Indonesia etc. In the year 2010 – 2011, food prices rose again due to the natural disaster like a flood in Russia, Pakistan, and Brazil etc. that affect the supply of food in many other countries. Form the year 1990 to 2015, China helped Asian countries and many other countries by reducing the rate of poverty. Countries around the world should take part in reducing the poverty rate by developing effective policies and plans also with the help of equal distribution of resources (Kitissou, 2014).

What I have learned from this article:

The article has given me the clear insight that developing countries are facing hunger continually, the differences in reaction to economic crises is elaborated in the article the countries like Africa south of the Sahara is facing hunger and poverty because their political and agricultural systems are not efficient. The people of the country have to suffer because of the politics, the politics or political parties also affected by the hunger and unable to perform their role in the society. Regarding the inefficient decision of the political parties, countries can never progress.

The article has the exact measure of the economic crises that are faced by the countries, Japan for many years faced the after effect of an earthquake, and Islamic political parties were long banned in an election of Tunisia and Egypt etc. In the article there are five major reasons discussed; countries have faced the challenges regarding economic growth and unable to get their desired economic status. Developing countries are facing the debt crises and food riots, however, the countries have the effect of starvation on them and this is the reason people are weak, followed by nausea and upset stomach. These health factors do not allow them to perform them better in their countries and countries are facing political instability and going backward.

The article has the strength as it has provided us the clear meaning that why countries are unable to perform better economically and politically. In the article the information is about the crises that are faced by the countries are given with the proper date and name of origins and countries. The reason is clear of their hunger. The struggle and effort of the developing countries are also mentioned that they are working hard to come out from troubles but their economic situations or hunger do not allow them.

The weakness of the article is that there is no suggestions or feedback from the countries that how they could improve in future, there are just lessons, which are not specific. The efforts of the countries required more emphasis. The article is relevant and stories or incidents faced by the countries are clearly discussed.

To sum up the article, the developing countries can take steps to make their lives better. As China from 1990 to 2005 helped the Asian countries to come out from the recession period, western countries could also play their roles, so the countries able to perform well. To ensure food security should be the major political concern for all the countries, to reduce the hunger in the poor countries should be the aim of a world. Policies need to be implemented for the benefits of the nations.