Divorce could be explained as the separation of two people, it is the legal dissolution of a marriage by a court, 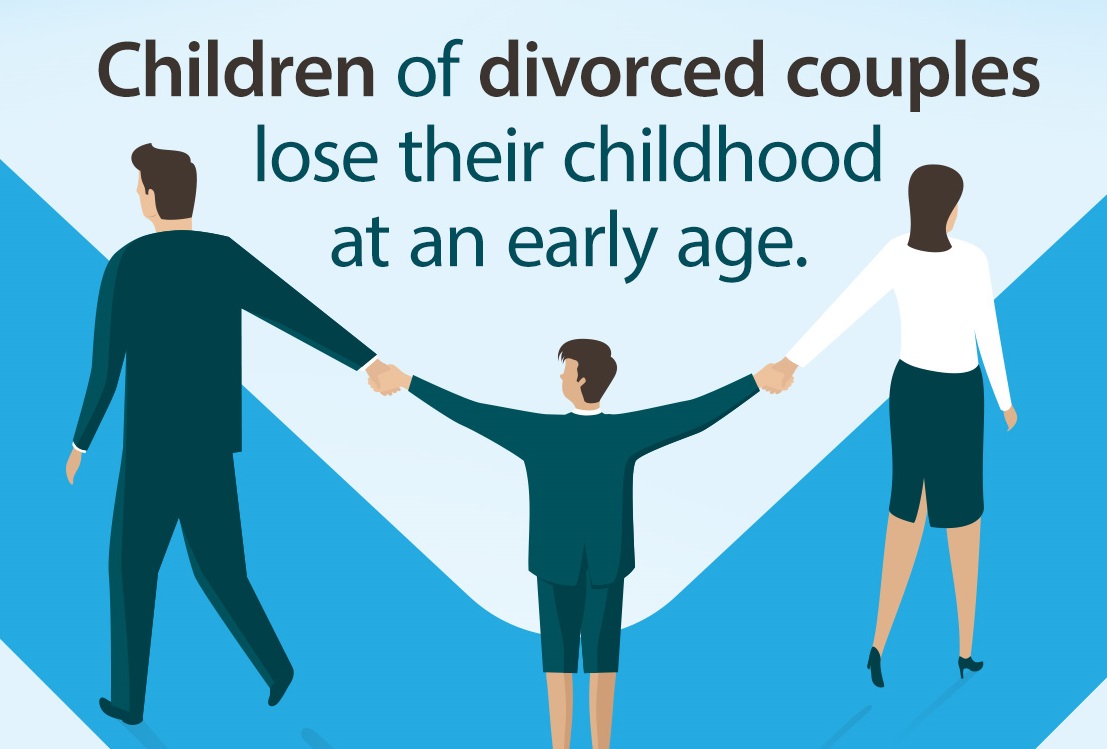 The divorce rate is increasing in the United State, as the study from the 1920-2008 shows the dramatic increase in the ratio of the divorce men and women. About 40 to 50% of the married couples are divorced (Lamanna & Riedmann, 2011). The social problem is increasing because the children are facing the mental, physical and the educational problems.  Divorce can put the children to the greater risk, there could be the serious problems, and there are the conflicts in the parent before the divorce. The child may face the less attention from the parents, the child can be upset psychology, and however, there could be hopelessness, failure, and other factors. There are the short-term and long-term effects of the divorce.

Children are at risk, as the short-term effects may include anger, depression, opposition, aggression, interpersonal conflict, more negative sanctions, less parental supervision, acting out, increased dependency, social adjustment difficulties etc. The short-term effects may be finished with the passage of the time, however, the long-term effects may last forever. Long-term effects include the problematic parent-child relationship, there could be the psychological and social problem in children, there could be the satisfaction problems because the children express discontent. They could feel anger for the parent, who had initiated the divorce. The reaches have shown that there is the long-term impact on the children, as there could be the feeling of sadness, sense of deprivation and may have vivid memories of the break-up (Everett, 2014).

Care about the problem

There is the need to care about the problem because the fear of divorce can make the child mad. There could be the several problems for the kids, divorce can affect the kids, as the study did the research for the kids and they said that they have to face multiple problems because their parents made things worse for the children face anxiety and tension. There are the interesting responses from the kids, they have explained their feeling, and following are the points they explained.

Impact of Divorce on Children

It is described in the “War of the Roses” that children suffer from the psychological effects when parents divorce take place. It is said that children are always losers in the divorce because they do not feel the loyalty from the parents, they have to suffer the psychological problems (John, 2016). The stress and anxiety are the main cause, some children indulge in the delinquent behavior and the teen pregnancy in girls can be there. Due to the less attention by the parents, children do suicide.

The children have to do much work at home, after the schools, due to the missing of one parent. The child may be having stepmother or stepfather at home, but they can never respond to them or care for them as their own parent. Responsibilities are maximized, the children have to do tasks on their own, which may be problematic sometimes, and the child may be feeling inferior or discouraged in this way.

The child may feel the burden on the other parent, as he/she can have the feeling of financial strain. In the case of stepparents, there can be more financial issues, as sometimes the child may feel shy asking for the money to the parents (Huffingtonpost, 2014).

Children sometimes know that they are wrong and are not putting efforts, in their studies, but they always point their parents, they blame their parents, if they face any failure in life. However, this is wrong because, in this child, strength can be weakened, and he never admits his/her mistakes.

Divorce is the major problem of the modern time, children face psychological and social problems due to negligence, however, in this way, parents need to take the steps for the children, as guidance and interaction can be there, the divorce related matters need to be resolved and parent should not do blame, confusion, anxiety etc.