Illegal immigration specially in United States (USA) is deemed as one of the growing problems in developed countries. This problem has incited debates both in the media and government arena because of its effect in the US economy particularly the labor market. This paper provides a discussion of the pros and cons of illegal immigration. Moreover, this paper presents arguments with regard to the legalization of immigration.

The primary advantage of illegal immigration especially for multinational companies in the US is that illegal immigrants are a source of unskilled and low-cost labor that could be exploited. These also help to address the country’s need for seasonal work during harvest time. Unlawful aliens, as they are commonly referred to, are readily accepting relatively lower salaries compared to local employees for the same type of work or workload in view of their need to get employment immediately (“Wikipedia”).

In this regard, some who profit from this arrangement assert that illegal immigration is indeed beneficial since the country of origin of the illegal alien, which is usually a developing country, earns dollar through overseas workers’ remittances. Similarly, the US-based employers may take advantage of relatively lower labor expense with the substantial availability of labor provided by illegal immigrants (Hanson). Nevertheless, the adverse effects of illegal immigration on the economy as a whole are not taken into account by these men. We have a narrow understanding of the issue, seeing only the benefits derived directly from illegal immigration and not the other economic and social costs. 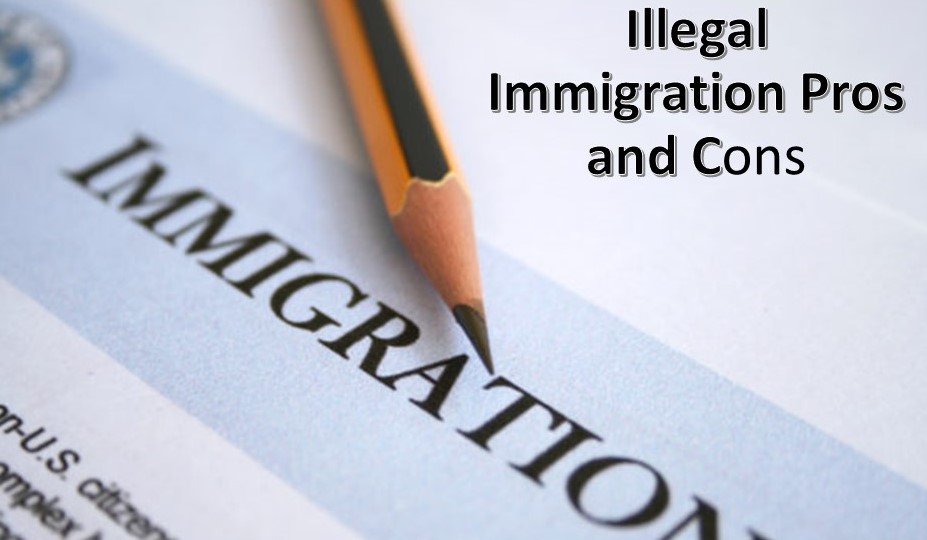 There are many drawbacks of illegal immigration. One of them is in terms of the intensified competition in the labor market. American citizens and other legal immigrants and residents frequently claim that looking for work is more difficult these days. This can be attributed to the fact that there are a growing number of illegal immigrants in the country that directly compete with the local labor force for available jobs. With this, legal workers continue to experience job displacement due to illegal aliens.

As mentioned, illegal immigrants seeking employment willingly settle for lower than average wage levels in the state. Although employers benefit from such agreements, it should be remembered that this is usually harmful to the entire workforce. By accepting wages that is less than the minimum wage standard, the income mainly coming from wages received plummets (Hayworth). This distorts the labor conditions in the country.

Reduced wages are particularly harmful for jobs already on or below the poverty line. Therefore, it affects the market attitude of legal workers and can diminish the quality of their lives and those of their families.

Another major disadvantage of illegal immigration is that it further buoys up expenditure of the federal government. Based on numerous reports, an increasing number of communities across the nation continuously contend with over budgeting in order to make hospital care and educational services to illegal immigrants and their families. Given this scenario, the government would need to find a way to address budget deficits to take into account these public services for all including illegal immigrants.

To compensate for the portion of the budget used up for illegal immigrants, it may be expected that the government would impose tax increases which would be shouldered by legal workers. In the end, legal workers who fund social security services through the taxes remitted to the government each payday are burdened with the problem brought about by illegal immigration.

Moreover, some studies assert that there is indeed a correlation between the escalating crime rate in the US and illegal immigration. Note that the immigration agency does not grant visa to potential immigrants who are convicted of particular criminal charges. Such measure helps ensure the safety in the country. With the lack of appropriate screening process, the government may be confronted with a new group that may have the tendency to break the law. This also exacerbates the risk of terrorism as experienced with the 9/11 hijackers who took advantage of the laxly guarded borders and the lenient implementation of policies on illegal immigration (Hayworth).

Immigration per se is not a crime as evidenced by the rising population of legal immigrants in the country. In fact, this social process proves to be beneficial for the country since immigrants help address the labor needs and enhances the cultural diversity in the US. The government continues to grant visa to those applicants who have passed immigration requisites. However, immigration becomes a crime when the potential immigrants opt to go through the “backdoor” and fail to undergo the proper legal process in entering the country. In this regard, the government should be committed to implement the immigration laws and castigate those who are guilty of this crime including accomplice such as employers who are involve in hiring illegal immigrants. It is only through the steadfast implementation of regulations on immigration can this problem be finally solved.

The Pros and Cons of Witnessed Resuscitation