Human resource planning, recruiting, and flexibility in a stable economy are motivated more by long-term rather than short-term needs. Organizations, for example, can afford to send fifty workers to learn how to use a technology that is not usable until after two years. Again, some companies will hire employees long before the position is vacant. This is because of the predictability of the economy during these times. Things will always work out as planned. Yet organizations need to walk the road of caution in an environment adversely impacted not only by local but also global problems, with no solution in the immediate future.

The present global financial meltdown has created real and urgent human resource issues for organizations throughout the world. Everything seems to be shrouded in uncertainty. Employers are unsure of how events will play out in the near future, while employees sit tight, holding fast to the job on hand, not because they don’t want better opportunities but because everything is in a standstill. 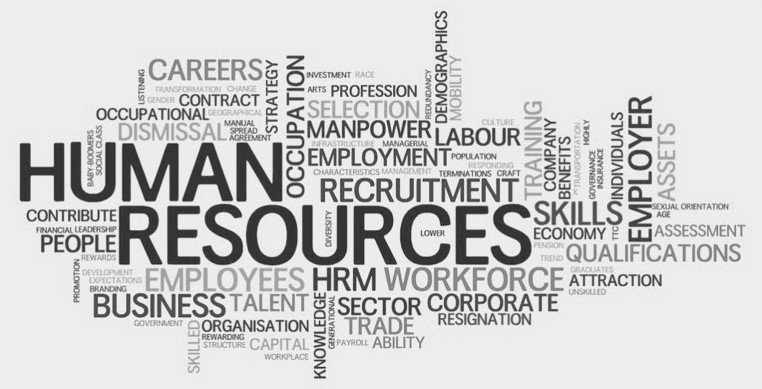 For the purpose of this study, I interviewed an employee of KPMG, who provided me with details concerning the prevailing conditions in the company, as a result of the global economic crisis.

KPMG is a multinational network of professional services firms that offer accounting, tax and advisory services. The firm has a total of 137,000 outstanding professionals working together to deliver value in 144 countries worldwide.

The conditions generated by the current global financial crisis are poles different than what was accomplished when the global economic climate was fine. As a organization that hires high flyers and top students, there was already a high turnover of employees before the crisis started. People were leaving and coming in at a fast rate. This meant HR was still on his feet and on the move.

Human Resources Planning in a Recession

According to Vetter (1967, p15), Human Resources Planning is “the process by which management determines how the organization should move from its current manpower position to its desired position. Through planning, management strives to have the right number of people and the right types of people, in the right places, at the right time, doing things that both result the organization and the person receiving the maximum long-term benefits.

Writing in the American Psychologist, Jackson and Schuler (1990, pg 227) state that “traditionally human resource planning occurs within the context of the overall organizational plan and its strategic focus. It generally involves predicting, in the light of prevailing circumstances and past performance, the organization’s future human resource needs and planning for those needs to be met”.

It involves setting goals and then designing and implementing systems (staffing, evaluation, rewards and training) to ensure that people with the correct characteristics and skills are available when and where the organization needs them.

The biting economic climate has affected planning in several organizations. Now more than ever, there is uncertainty about the future and how things will unfold. Planning is now kept at a low level, and it is more focused on inwards than outwards.

Table 1.1: Summary of Prevailing Situation in the Firm

Flexibility in a Downturn

During this period, organizations are critically looking inward to see how much of their internal processes, procedures, and methods they can streamline, modify, and optimize to bring down the cost to the barest minimum.

They are continuously seeking advice from consultants on ways to be flexible and cautious at the same time. In a release by PriceWaterHouseCoopers (Issue 7, March 2009), advising manufacturing companies on the way forward, they state that “the manufacturing industry has taken the lead on offering reduced salaries to save jobs. Other sectors have focused on redeploying people to those parts of the business that continue to thrive. We see changes to benefit structures to drive out the expense and true flexibility on variable pay to eliminate ‘wasted’ incentives. The message is clear – businesses in all sectors must consider different ways to reward and deploy their staff to minimize the long term impact of this downturn”.

Furthermore, what used to be tolerated when the going was good is now a sin. Any form of wastage, for example, is greeted with sanctions. For example, I spoke with an older friend of mine who told me that in his company, you could only print documents only when your manager has signed a memo stating what is to be printed, the purpose, and quantity. Even then, the cost is borne by the department instead of the firm, a practice that is unprecedented. This is not what used to be the case, where employees printed as many documents as they wanted, personal and official.

In my focus company, there has been a decreased patronage by clients, leading to reduced revenue. As a result, salaries have been cut down, and a good percentage of pay has been tied to performance. You only get that part of the company meets its target, a situation that is unlikely.

There has been an emphasis on the need to account for every use of company facilities and pieces of equipment.

Furthermore, a number of low skilled jobs have been outsourced to low skilled personnel such as interns and temporary staff, in order to bring labor costs low.

Stringent policies and practices are released on a daily basis to regulate workplace behavior. Absenteeism and lateness are no longer condoned as before. Now, employees have to give cogent reasons why they are either absent or late, and it has to be backed up by proofs.

Recruitment in a Downturn

For many organizations, this is a time to cut costs as drastically as possible. Businesses rely heavily on the current volume of sales, the anticipation of increased patronage, and a host of favorable factors in deciding whether or not it wants to recruit. But in a downturn such as we find ourselves, there is a need to maximize the use of personnel at a very low cost.

For positions that must be filled immediately, companies are resorting to alternative methods of recruiting, such as headhunting, personnel referrals, internal advertisements, and so on. There has been almost complete disuse of advertising media as a result of the economy’s biting impact.

For my target organization, there have been more than a 70% reduction in staff recruitment. In fact, in the last few months, more than fifty people have been advised to leave, an unprecedented decision in the company. More and more, workers are under growing pressure to justify the salary they receive by extending their work functions. People now do more than they are being paid to do. Internal recruitments and selection practices are now the order of the day. For instance, a critical position was vacant about six months ago. Instead of immediately sourcing expertise from outside the organization, given the critical nature of the job, the organization decided to send some staff members on an offshore training to learn the technology involved in the job. Again, reflecting the emphasis on cost reduction in the long run.

While there are reports from credible sources that given the economic downturn, recruiting programs have not decreased, I do not think the operation is as genuine as it seems. For example, an article on the Times Online website quoted Matthew Parker, managing director of online recruiter StepStone, as saying that he could see no signs of a downturn yet — either on the firm’s job boards or in the software and services side.

According to him, there was an increase in demand on both sides of his business. “We’re having trouble recruiting enough talent for our own company,” he said, indicating that the so-called war for talent has not abated. The actual situation might be that the alarming rate of lay-offs is compensated by a small increase in staff recruitment to fill wide gaps.

In conclusion, we must realize that this phase is only a temporary one and will surely pass away. It is, therefore, the responsibility of management to tread with caution in dealing with their staff during this period; so that they can remain loyal when things become favorable again. In his book Taking Charge of Change: 10 Principles for managing people and performance, Smith (1996) puts it clearly: “Today’s most urgent performance challenges demand that you learn how to manage people through a period of change…..People facing change need more than understanding the end of their journey”.