Hudson River is a 507 km long river which flow through Eastern New York, it originates from “Lake Tear of the Clouds” in the Adirondack Mountains, and drains into the Atlantic Ocean between New 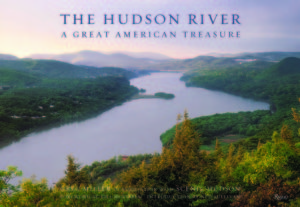 York and Jersey City. After the industrial revolution in the US, many industries started working across the bank of Hudson River, industries heavily depend upon water power, for transportation and power generation purpose. So the Hudson valley becomes the ideal place for any type of industry. Initially, there were no proper laws and setups to dump the industrial wastages, so mainly the industrial wastes were drained into the river. Due to industrial waste the quantity of Polychlorinated Biphenyls (PCBs), Mercury, Cadmium and other heavy metals in the river increased significantly (Ayres and Rod 1986).

Polychlorinated Biphenyls are a group of man-made chemicals and they are commonly used in electric equipment, paint, surface coating, flame retardant, and adhesives. PCBs can cause cancer, and they are hazardous for the immune system, reproductive system, and nervous system.

The main reason of PCBs in Hudson River was the unprocessed waste of General Electric, which was drained into the river from 1947 to 1977. According to reports, 1,000,000 lbs of PCBs were drained through two capacitor manufacturing plants of General Electric located in Fort Edward and Hudson Falls. PCBs are now found in sediments, water, fishes and wildlife all across the Hudson River. The PCBs level in fishes was so high that even Government had to ban the fisheries in the river.  Commercial production of PCBs was banned in 1979 by US government, but still PCBs are releasing through poorly maintained hazardous waste sites across the river (Boyle 1969, Ayres and Rod 1986, Feng, Cochran et al. 1998).

Cadmium is a toxic heavy metal and commonly used in electroplating, construction, agriculture and battery manufacturing industries.  Acute exposure of Cadmium may cause bioaccumulation, obstructive lung diseases, bone defects (Osteomalacia, Osteoporosis) and high blood pressure. Bioaccumulation means the high quantity of Cadmium or other chemicals in a biological organism for a time as its concentration compared in the environment. One it absorbed by any organisms it remains there for many years (Friberg, Piscator et al. 1974, Yost 1984, Yang and Sañudo-Wilhelmy 1998).

The main reason Cadmium in Hudson River was the Marathon Battery, from 1952 to 1979 Marathon Battery manufactured Nickel-Cadmium (Ni-Cd) batteries for US army and plant effluent which was in the form Ni-Cd suspension, drained into the river. According to the study of Klerks in 1987 about 150,000 gallons per day was drained into the river (Williams, Simpson et al. 1978, Macklin, Hudson-Edwards et al. 1997).

Mercury enters into the environment when the mercury containing items are dumped in the trash. High exposure of mercury can cause defects in the nervous system, especially in unborn babies.

Most of industries across the Hudson River drained their unprocessed waste water in the river, that water also contained a large quantity of Mercury. According to a study report a journal, named as Environmental Toxicology and Chemistry stated that mercury is main reason of declining population of fishes in last three decades (Gibbs 1994, Heyes, Miller et al. 2004).

When any industry runs, it produces wastes, and this waste will have hazardous materials which pollute the environment. We cannot shut down industries because our basic needs are closely connected with it. So the only feasible option is that we should reduce the quantity of waste, and processed that waste to minimize the harmful effect on the mother-nature and ecosystem.

For reduction of pollution, the first step to classify pollutants and find their sources, try to minimize the usage by using alternatives of that chemicals which produce pollutants. For example cadmium is heavy metal and used in batteries, and it is a pollutant, to avoiding this pollution we should use alternatives chemicals like lithium ion to produce the battery, this step will minimize the hazardous waste. After that all the waste should be properly processed, hazardous material should be separated nonhazardous waste and properly handled. If possible it should be recycled. In last step toxicants and hazardous materials should be degraded into nontoxic chemicals. This is a simple way to minimize the pollution rate (Montgomery 1972, Ristich, Crandall et al. 1977).

In Hudson River there are three main type of pollutants: PCBs, Cadmium and Mercury. Although by the hard work of “Hudson River Sloop Clear water” the amount these pollutants decreased significantly, but there are still in a dangerous level. PCBs can be degraded by a natural process, but the problem is that we cannot degrade Cadmium. Cadmium is heavy metal and it settled down in the water under the gravity. The only option left is to dredge the sediments from the surface of the river. After that these sediments send for de-watering and then it processed for shipping. It is costly but a single way to tackle down this issue. In foundry cove, this process was utilized and it gives satisfactory results (Bopp and Simpson 1989, Secor, Rooker et al. 2001). This process can be adopted in future to clean the other part of the river. Figure 1 indicate how the cadmium concentration is decreased from 1979 to 1995. The cleaning process is started from 1993, but the concentration rate of heavy metal already decreasing from 1979, one of the possible reason of this decreasing concentration was the transportation of metal out of cove into the main river, and this reason increase the possibility that still a large quantity of metal in the river.

Pollution always a global issue, only a single industry can destroy the whole ecosystem of the river.  This study defines the history of pollution in Hudson River and how it is controlled. Due to the strict regulations and cleaning process have made this river clean enough for both human and fishes and now Hudson River is cleaner and more protected than the last century. Pollution can be decreased by strict regulations and public awareness.

Macklin, M., et al. (1997). “The significance of pollution from historic metal mining in the Pennine orefields on river sediment contaminant fluxes to the North Sea.” Science of the total Environment 194: 391-397.