Home > Subjects > History of the Lenape

History of the Lenape 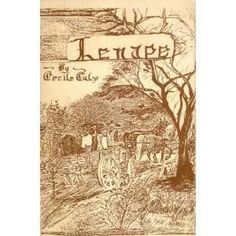 white settlers. They originally lived along Delaware River and inhabited several regions including New York, New Jersey, Connecticut and eastern Pennsylvania. The Lenape fought against various European groups including the Dutch, British, French and Swedish. Besides, they fought against the native enemies the Mohawk in the protection of the land. The Lenape and the Europeans established friendly relations at the beginning which was based on trading activities. However, the continued migration of the Europeans countries resulted in a war which forced the Lenape to migrate further to the west. The Lenape were involved in a conflict with the Dutch between 1643 and 1645. The war became to be known as Kieft’s war. Majority of them were massacred during this period. They also involved in another conflict with Dutch between 1659 and 1663 in what became to be known as Esopus Wars that resulted in Pavonia Massacre (Harper, 2006). In the succeeding wars with the European nations, they decided to support the British to help them fight the French. However, they were affected by the European diseases which reduced their numbers significantly. The wars and the European diseases scattered them and moved to the present day state of Canada in Ontario and Wisconsin regions. Today, the majority of the Leni Lenape tribe live in different states in the United States with the majority of them living in Bartlesville, Oklahoma.

The walking purchase was an issue that affected the Lenape tribe in a great deal. The Walking purchase was an unpopular decision among the Lenape tribe. Nobody anticipated that this would happen. The Delaware community retreated to join the French in Ohio during the French and Indiana War between 1756 and 1963 to allow them to acquire the 1200 square miles that they had lost to Pennsylvanian authorities.   The Delaware community was able to relinquish the Northern half of the purchase in 1768, and the Lenape tribe received 400 pounds in compensation (Caffrey, 2000). The Walking Purchase followed the Iroquois Confederacy which was an alliance of other tribal groups including Seneca, Oneida, Onondaga, Cayuga, and Mohawk. These communities were committed to reducing the power of the Native American community (Lenape). The alliance was formed with the primary objective of increasing their bargaining power with the European countries. The alliance spearheaded the loss of land to the Lenape tribe which they later recovered by signing the Treaty of Easton in 1758. After signing the treaty, the Lenape community moved to Ohio River Valley and Western Pennsylvania.

The Treaty of Easton did not end the conflict between Lenape and the neighboring native communities and the European countries (Caffrey, 2000). They engaged in several fights in the 18th and 19th centuries including the American Revolution and the French Indian War. The Lenape tribe was interested in protecting their land. However, not all of them were involved in the war. Besides, some of them fought on different sides. Their participation in the conflict came with some benefits. In 1778, they signed the Treaty of Fort Pitt with the United States where they were guaranteed foodstuffs in exchange for fighting and scouting services. However, the war was not beneficial to the Lenape since it hindered their stability. Furthermore, they lost part of their native land since they were forced to move further to Texas and Missouri.  By 1859, some of the Lenape tribes were forced to settle in Oklahoma.  However, they are other communities who went on with their spirited fight. Other treaties were signed in 1818 and 1829 to allow them to find a permanent residence. The Treaty of St. Mary’s and the Treaty of James Fork were signed in 1818 and 1829 respectively which forced the remaining fighting Lenape tribes to settle in Missouri, Indiana, and Kansas (Caffrey, 2000). As a result of the treaties, some smaller tribes such as the Munsee speakers moved to Wisconsin. Other smaller groups remained in Lenape native lands while others moved to Canada, Kansas. After Kansas had been officially declared a territory of the United States, the Lenape tribes which were residing there were forced to move. The Lenape tribes who have remained in the United States live in Oklahoma. Majority of them reside in Nowata and Washington Counties (Harper, 2006). Other Lenape tribes are found in New Jersey and Wisconsin. These states have remained their homes to date.

The Lenni-Lenape tribes are committed to developing their independence which they enjoyed before going to different conflicts with the European countries and the Native American communities. Today, the tribes are making significant strides towards developing their infrastructural programs, education, and health. The tribe is making cognizant efforts in expanding and developing their cultural identity. They want to be identified as a Lenni-Lenape nation to allow them to thrive in modern America. In 2013, the Lenni-Lenape tribes developed a report outlining their strategic goals in the next 20 years that will enable them to demonstrate their cultural identity in the modern world and demonstrate themselves as the Native tribes of the United States.

The tribes have taken several initiatives towards promoting economic prosperity. Furthermore, their strategic goals in the next 20 years outline their commitment to education and preserving the Lenni-Lenape culture. The tribes hope to preserve their culture through language which will be taught in pre-schools and after-school programs (Strategic Plan Development, 2013). They seek to promote stronger cultural identity and individual economic progress. Culture is one of the critical issues for the tribe. In their strategic plan, they want to establish a school by 2023 that provides language immersion program to help them in preserving the traditional culture. The Lenni-Lenape tribe is also committed to promoting university and college education. Their focus has been placed on encouraging students to pursue college degrees. They have also established support programs for such students by establishing a scholarship fund. Additionally, the tribe is committed to establishing a tribal professional institute to train culture and economic skills among their tribal members.

Health has also remained a major priority for the Lenni-Lenape tribe. They have considered long-term health initiative programs to establish tribal health clinics and hospitals.  They want to make their tribe more self-sufficient regarding health services (Strategic Plan Development, 2013). Self-sufficiency will allow them to mold young ones in the line of their cultural practices and preservation of their land. The Lenni-Lenape is also committed to various infrastructural programs that would empower the tribe economically. Therefore, the Lenni-Lenape remains one of the Native American tribes which are still committed to their culture. They are committed to empowering their citizens as outlined in the 2013 strategic goals.

Importance of Arts Education in the Education System

THE Lenape ere Catholics, who spoke Norse. The LENAPE HISTORY COVERS EPISODES FROM AD 1,000 TO 1585 LRNSPR VSMR INYO SMRTIVS NY YEO TPIYRD/ By paddle boats (Canoes) along the East coast with the Atlantic and via Canoes through the Cristian sea (a.k.a. Hudson Bay}
The English attempted to suppress the knowledge that the LENAPE were Catholics, who spoke Norse.
The Delaware name came from Lord De La Warr III whose men raved the land besides the James River and the Delaware peninsula.
Lenape wear a shoulder batch that reads “the Delaware tribe- of the LENAPE. The “Delaware” name referred originally to the bastard kids of Lenape women raped by De La warns men.
The Delaware name was affixed to all tribes of LENAPE, even those who had not been raped.
“Delaware” does not reveal the Catholic heritage lick “LENAPE, which means to “Abide with the Pure.
A major activity of the English was to suppress the fact that the Americans were Catholics, who spoke Norse.