“I think black men have internalized the messages this [Hip-hop] culture perpetuates which is that women are primarily sex objects and people to be fucked.”

This statement can be true, however, as the people and rappers are creating the music, they are defining the women as the sex objects, there are the naked videos and younger people of the society are attracting towards the music. However, another statement,

“Generally speaking black people do not believe that misogyny, and sexism, and violence against women are urgent issues. We still think that racism, police brutality, black male incarceration are the issues we should be concerned about.”

I disagree with the statement because, it is not something that is related with the stereotyping, as the violence against the women could be an issue but the three is the need to speak because there is no promotion of such things. The police, the media, laws are there, so women are protected in this way, there is the need to think about the aspects and awareness can be given on such perspective. However, to blame someone for the stereotyping, including black male and racism can be wrong. 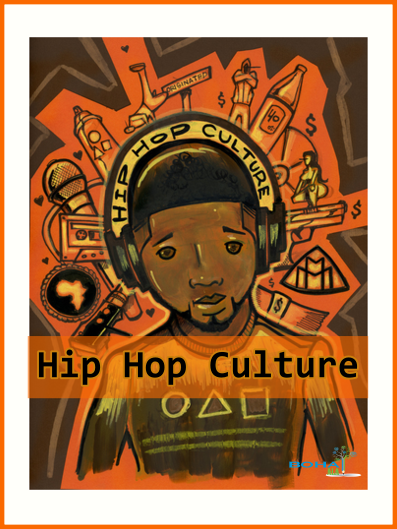 “It’s funny when I hear women say, “When these rappers are calling, you know, women bitches and hoes they not talking about me”.

However, the statement could be funny because the women of the societies are not alike, there are different women, and when the rapper is talking about bitches, it does not mean that he is pointing out every woman there. However, as when George Bush say that black people are nigger, the director says “I don’t know who George Bush is talking about, but he ain’t talking about me.” according to him, what he did is not answerable, as everyone has the right of choice, one can express the feelings as supporters are there. If someone does not the hip-hop songs then need to be ignored, so that the problems could not be created.

In this statement, as he does not like to offense anyone, he is right, and he is not talking about something out of this world. The society culture is reflected because there are gays in the society and there are the supporters. Not and individual can be blamed, there could be an open discussion. However, this topic is interesting because it is becoming the part and norm of the society. Moreover, it is about people thinking that how they perceive the society and how things are for them.

Homoeroticism could simply be explained here as the freedom of choice; there is the freedom of choice in the society, so if one is talking about the gayism, or gay sex because he has the gay partner, is not wrong. As the rapper, who is straight can discuss the women beauty or sex. The one who likes same-sex have the right to discuss and share his feelings, as there is the need to think in a simpler way so that the things cannot be complex and there is a need to believe on the choice or the love one have.

The stereotyping of the violence in the culture is may be true, because history repeats itself, however, the things used in the music can have the bad impacts on the children of the society because there is the use of guns, drugs, sex, violence in the songs. The children can learn bad things and can have the stereotyping from the adults, because the generations may follow what adults are doing. Not all people and all societies are alike, but there is the need to think about the impacts or the long-term effects that can take place in the society.

The old rappers have discussed the races or violence, or what they have faced in the society, the music can be positive because the black hip-hop is changed with the time, in 1960’s the music was not alike, the societies are changed and the minds of people are changed. Their societies have admitted the facts and everything has become open discussion so music is understandable, as the people or rappers have the supports in the societies know, people or followers like the new concepts of music, so there should be no question.

We are living in the democratic society where people are independent now, have own choices and focuses on what they like, as people do not care about others, however, concerning rappers, the things are changed so the rappers are changed in the society, they have the own thinking about the culture and community.

Tips on How to Be a Successful Student