This essay of Hemingway’s hills like white elephants is about a girl and an old man who is waiting for the train at a railway station that train will lead to them to the Madrid land. While they are waiting, they were having a can of a bear so that their time will pass and they will have the best part of their life by having a conversation with each other. The most important is that they discussed the working of America in a sense of making people beneficial and as well as making, they facilitate by giving them efficient facilities. 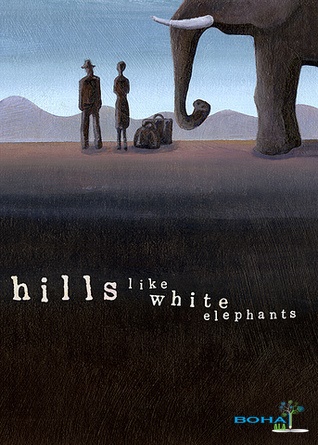 The most important issue is another that people who have past relationships they also try not to keep them with themselves as they are being disturbed by their responsibility as well as they do not even want to make the lives of each other hell. The new thing is that they all believe well in living as a single person. They think that single person life is very relaxing. A single person can do whatever he or she wanted to do. No one would able to stop him on anything or no one will force him or her on something he or she do not want to do. These issues are very much important to be considered in the society so that people will try to live in a good relationship and do not feel hesitation and burden in order to live in a relationship.

In the nutshell, we can say that in the essay of Hemingway’s hills like white elephants the issue is of people that they do not want to make a relationship with each other. They wanted to live single so that no one can force them to do anything that they do not want to do. This thing makes the people very much alone and as well as this thing or idea will make them away from the people and as well as they are making people feel this that without the relationship they cannot even survive best. This thinking needs to be changed in the people mind so that they move towards making more relationships. As relationship saves people from being bad.