Hemp, is the spice of Cannabis sativa L., in 1938 under the opium and narcotics Act, Canadian 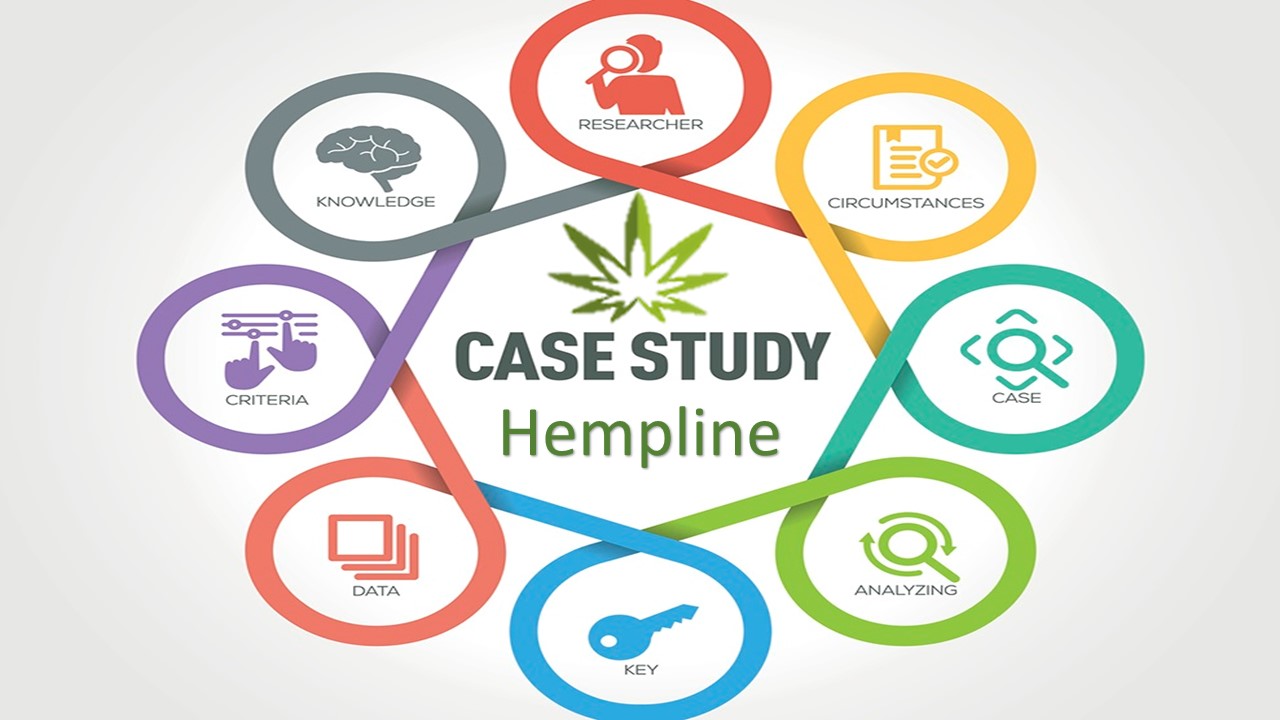 Government had banned the production of the hemp. Hemp was grown for its fibrous stock, Hemp should not be confused with the Marijuana, and as Hemp have very low amount of tetrahydrocannabinol (THC). U.S also limited the production of the hemp since 1937. Hemp has two types of fibrecore and primary bast fibre. Only during World War 2, Canadian and U.S government allow the production of the Hemp, so it can provide the materials for the war. Hemp is widely used to make the medicines and drugs. Hemp can be refined into many products like cloth, rope, pulp, fuel, seeds, wax etc. Wood panel manufacture attracts towards the hemp, as wood fibres can be helpful in the production.

Hempline Inc. was formed in 1994, to reestablish the hemp, the co-owner of the Hempline were Joe Strobel and Geof. They wanted to make their company profitable through selling the hemp as a commercial crop by 1997. They has many opportunities in manufacturing processes, however the company was new so Hempline receive the special license from the government of Canada to grow the plant. Under proper and strict supervision Hempline made products, the products were fibreboard, paper, fuel, textile and cordage. Hempline was also planning to increase the seeds from 5 to 10.

For the 1995 year, Hempline had applied for the license, as they want to increase the production. The Oregon Research and Development Company, which was consulted to the wood mills, requested 200 tones of hemp. Hempline quickly prepare the proposal and wanted government to review their application, so they can grow more hemp, and hemp become a commercial crop.

Hempline. Inc. wants government to allow them to produce the hemp, on 8 hectares, so they can start the commercial production, Geof and Joe want to produce more because they want to serve the industrial sector and gain financial services.

Hempline started its growth with great strength after it is first licensed for the production of Hemp. Hempline had estimated its cost of production for the five different types of seeds. After evaluated the potential investments and financial conditions related to the equipments, fuel, oil, seeds and fertilizers they stared cultivation. They also know the position and requirement of the market they also evaluated their competitive advantage. They also did evaluation for the mass production.

Hempline was very confident in giving the services, they produce six steps to manufacture the hemp, and the six steps were planting, growing, harvesting, storing and transporting. However, the hemp planted for the wood, was a challenge for them, so they had to grow of cheap rate for the competitive advantage. They hired labor at $9.00 per hour, so they can undertake the steps. They need to hire the 3.75 labour hours per hectare, and cost for this process was $595.52. This process went hectic after days, but they take advantage of good weather conditions, Geof also estimated the need of that time, like the workers he have to hire and the machines they need to use on rent.

After 70 to 100 days, the stock was cut down and was raked to dry, the harvesting and labor cost Geof estimated were, cost $25 per hour, and the fuel cost were estimated, $17.78 for a labor. After when the crops dried, they collect and stack them. The hempline faced the four alternatives form, in which, 200 tones of crop was placed, the large square bales, large round bales, small square bales and uniform chip. The desired sizes were given to chip because they were custom.  The want to get the competitive advantage and want get more orders, so they harvesting movers to chipping machines cut the production costs, Hempline would buy its own machines and the employees they hire should be permanent so the money could be saved and the per hour cost is difficult to give. Hempline would invest on the various variety of hemp so they can earn more profit and production increases. Oregon research was beneficial for them as they completed the big order.

Hempline is producing the hemp plant and giving benefits to the research organizations, they should continue doing that, as they are favorable for the economy and research programs of the country. They should do further planning and investment to support the research objective and should invest new seeds and woods for oil production.  They could help many industries, stakeholders, government etc to do researches.

Hempline should follow proper legislation and government license so they can be engaged with the research industries for long-term. They can get back to their history when they were seeking for the temporary license to give the 200 tones of hemp to the research company.

To complete the order given from the Oregon research company, Hempline need special licences from Canadian Government, so they can to grow the crops on eight hectares, to do the production of 200 tones.