Justice: Allocation of Resources for the Terminally Ill in ICU Settings

Justice within the health care setting is a matter that requires a sensitive approach due to the intricacy with which decisions made by health care professionals and administrators have on the life of the patients. Among the most striking applications of justice within the healthcare setting is the allocation of resources of particularly for the terminally ill patients. On one hand, it is important to acknowledge the fact that the resources to save life, just as it is with most other vital resources in life, are limited in supply within a backdrop of an almost ever increasing demand. Justice as an ethical duty for the health care profession facilitates the making of the difficult decision on which individuals on the terminal illness patients’ list gets the allocation. As such, a clear ethical consideration basis must be formulated and followed to the latter to ensure that the most deserving patients are served by the profession on the merit of the appropriate considerations of making the waiting list.

To justify the importance of this topic to the health care industry, it is perhaps important to highlight the most critical areas of application of justice characterized by the allocation of organs for transplant. According to the healthcare professional ethics, justice should be employed in the allocation of transplant organs to the terminally ill patients based on a number of considerations (Giuliano, 1997). However, the following of the outlined code of the allocation has been a problem with cases of organ smuggling and buying cartels being reported in many instances. Alternatively, it is suspicious how celebrities and other high ranking members of the society climb up the waiting list in the allocation of organs. 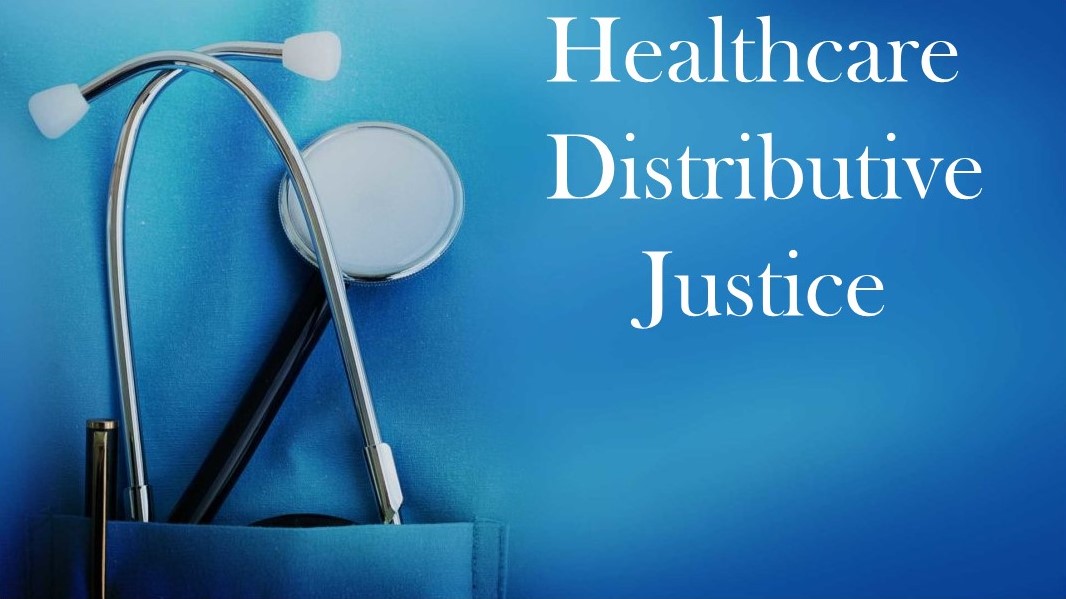 As an illustration of the complexity of the distribution of transplant resources such as vital organs, there is a landmark episode in the American health care ethics history represented by contentious allocation of liver transplant to Todd Krampitz. In ethical considerations of the case, it is reported that Mr. Krampitz’s liver was fast deteriorating having suffered from a large tumor and waited for a well wisher to donate the organ. Krampitz and his family decided to design huge signboards, newspapers and television notices appealing for well wishers who would donate the organ to him. Eventually, a family emerged having lost a member to an accident and decided to donate the liver to Krampitz eventually saving his life through the transplant. Despite the ethical considerations binding doctors in the organ allocation system, his doctor went on to overlook the system where over 17,000 patients had been lined up ahead of him on the waiting list (Caplan, 2004).

As an ethical profession, it fails to be depicted in the case in the conduct of the doctor for circumventing the justice system of allocation of organs which are increasingly a rare resource against the rising number of patients in need of transplant. It has also been reported that politicians and superstars have severally been involved in arm-twisting the administrators of the system to allow them to be slotted ahead of other deserving patients on the waiting list. According to McCarrick (1995), the number of patients in need of organ transplants has steadily increased annually by about 20 per cent against an almost similar number of organ donors. To ensure that justice in the allocation of organs is adhered to, professional ethics needs to rise up to the occasion on an equitable basis. Treating every individual in need of an organ transplant will only be conducted in a just way if professionalism stands above the status considerations.

Just allocation of resources among the terminally ill patients has been a problem in many countries for a long time, with cases of an organ black market existing. As an illustration, it is reported that China had one of the most notorious illegal trade of organs where involuntary harvesting of organs from disadvantaged persons was going on for a while (Menikoff, 1999). Ethical acknowledgment of the need for justice in the healthcare profession particularly in taking care of the terminally ill patients is a milestone in the profession. However, adherence presents the biggest hurdle to the profession and enthusiasm observed in compliance to other professionalism duties and codes must be replicated on this end. While terminally ill persons may not actively take part in soliciting or even forcibly acquiring organs, influencing the system of organ allocation is a major setback to resource allocation in a just way.

Childress (1996) reckons that it is not enough to hold ethical opinion if application of the appropriate systems of allocation of resources such as organs cannot be followed. To this end, it is important to consider other channels of implementing ethical systems for instance by departing from the traditional principles altruism in dealing with organ allocation. Under altruism ethics, morality calls bind professionals to act in a manner that will ensure helping and benefiting others beyond their individual interests. Bearing in mind that most ethical codes of conduct in health care pay unmatched attention to altruism, it follows that the logic of circumventing the system would not hurt the professionals for having assisted someone in the end.

According to Krom (2005), it is perhaps time to make a departure from altruistic approaches in dealing with justice in allocation of resources to terminally ill persons and employing mutually assured assistance. In view of the author’s perspective, resource allocation would be better if the waiting list criteria are made with a more charity based approach across the donors and receivers. A different approach is argued by Menikoff (1999) who proposes a working organ swapping basis for the allocation of resources to work. The author argues that there is need for the receiver to avail an organ from his relatives to assist someone else on the waiting list and reduce the large numbers of people with organ needs. Organ swapping as recommended by Menikoff (1999) seems more logical than many other justice based organ allocation systems which can easily be circumvented exposing them to injustice.

In my view, it is very important for resource allocation systems for terminally ill patients to consider justice implications in advance of their implementation. While acknowledgment of a just allocation may be the driving force of adoption of a particular resource allocation system, such as the organ waiting list, it is important to interrogate its implications on implementation. Manipulation of the system by able persons through various influential inputs is perhaps one of the most difficult areas of implementation of resource allocation. It follows that the less advantaged persons in the terminally ill group of patients will be subjected to injustice following such systems’ incapacity to equitably handle their plight. A review of the system operating in the health care system must be conducted to highlight the incapacity of dealing with the manipulations. Health care provision should be accorded to all persons regardless of their state of condition provided the justice system avails an equal chance of treatment and care. As an illustration of the practicality of the need for equitableness, the current American allocation system dictates certain conditions that the patient must fulfill to qualify for a top priority in the allocation of organs. Among the criteria for first consideration is the severity of the condition and chances of survival in case a transplant occurred. Based on the fact that the organ being transplanted is not replaced, as recommended on the organ swap system, this will remain to be a retrogressive system that can be likened to a death license. An equitable chance in the organ swap system can raise confidence among patients which has been demonstrated to positively work in the healing and recovery process thereby making justice in resource allocation a reason for all patients to have hope for another day alive.