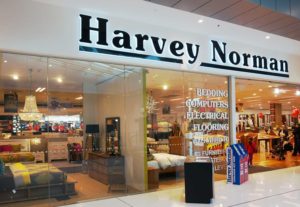 This report aims to analyze and evaluate how the mobile phones that Harvey Norman sells satisfy individual needs based on the Maslow’s theory on the hierarchy of needs. The findings of the report reveal that Harvey Norman stocks cell phones that respond to the various levels of individual needs as defined by the Maslow’s theory of the hierarchy of needs. By stocking several categories of cell phones, the company has managed to satisfy the needs of different customers based on their level on the needs pyramid. The report also provides further recommendations to Harvey Norman’s for purposes of enhancing customer satisfaction and company revenue.

Harvey Norman is an Australian based global vendor of furniture, electronics, and communication products. The company derives its name from its co-founders Gerry Harvey and Ian Norman who instituted the company in 1982. Harvey Norman has its headquarters in Homebush West, New South Wales, Australia. The company currently operates more than three hundred stores globally. The co-founders, Gerry Harvey and Ian Norman, opened their initial retail outlet in 1961, where they focused mainly on electrical goods and appliances. The success of Harvey Norman retail stores is attributed to the support and partnership developed between the company and leading computer and computer accessory distributors like Merisel, Dataflow, and Marketing Results (Deigh et al., 2016).

Harvey Norman’s operational structure is designed in such a manner that every single department is run by a different management entity. As such, most of the superstores that the company operates are a blend of several single businesses managed individually and contributing returns to Harvey Norman Holdings Limited by tenancy and transactions revenue (Psaros, & Seamer 2015). On the other hand, the company employs the sales commission program to motivate sales representatives, drive sales, and improve service. The use of this reward-based structure pushes Harvey Norman’s competitive advantage and contributes significantly to its retail dominance.

The company attributes its success to its provision of excellent customer service, extensive product ranges, reliable devices, competitive prices, and generous credit terms. These attributes assist the company to satisfy the needs of individual customers based on their position on the needs pyramid.

In the recent past, there has been an increase in social networking platforms. As a result, there has also been an increasing demand for smartphones that enable users to utilize these social networking platforms. According to the survey, “the social networking services usage rate has reached eighty-two percent of the word online population, and the number is expected to increase” (Deigh et al., 2016). Based on this survey, it is evident that there is an increasing global demand for smartphones. Harvey Norman, the subsidiary of Harvey Norman Holdings Limited that deals with mobile phone sales, appreciates the need to provide consumers with devices that meet their social networking needs. As such, this report focuses on Harvey Norman’s ability to satisfy individual needs based on Maslow’s theory on the hierarchy of needs.

This section of the report describes the Maslow’s need hierarchy theory. Further, the section outlines the various consumer needs based on the hierarchical position of the consumers.

Based on the Maslow’s hierarchy of needs theory, an individual has a hierarchy of motivational needs. According to the theory, the basic requirements are physiological and include food and sleep. Next on the hierarchy of an individual’s needs are the safety needs, which include security and stability needs. The third level of the hierarchy of needs is the social needs, which include the need to experience love and a sense of belonging. Level four of the pyramid of needs consists of the need for self-esteem including accomplishments, respect, and the need to be recognized by other people. The fifth and final level of the needs pecking order is the need for self-actualization, which encompasses the individual’s need to attain self-fulfillment. However, some researchers are of the view that pleasure-stimulation is a basic human need. By definition, pleasure-stimulation refers to “the feeling that one gets plenty of enjoyment and pleasure rather than feeling bored and under-stimulated by life” (Kaur, A. (2013). This level, the self-transcendence level of individual needs is the highest level of individual satisfaction.

2.2. Categories of needs in Maslow that Harvey Norman satisfies

Based on the description and categorization of individual needs, the mobile phones that Harvey Norman sells meet several levels of the needs pyramid; from the need to feel secure to the need for self-esteem, respect, and recognition from others. Additionally, the cell phones also stimulate pleasure simulation among the users. The need to engage in social networking platforms that are availed by the cell phones sold by Harvey Norman is not a primary need. Instead, participation in social networking platforms assists an individual to attain respect and recognition among his or her peers (Cao et.al., 2013) Additionally, the need to engage in social networking activities on an online platform stimulates pleasure within an individual. While some researchers say that pleasure simulation is a basic human need, the comfort simulated by social media activities is not a basic need, but rather a self-actualization and need for respect need. As such, we can state that the mobile phones satisfy this level of the needs pyramid referred to as the self-transcendence level.

Harvey Norman is a large-scale retailer company that deals with cell phones and other electronic devices. Harvey Norman is based in Australia, but it has branches in many countries across the globe. The company co-founders, Gerry Harvey and Ian Norman, founded the company in 1982 in New South Wales, Australia. Among other products, the company deals with a massive stock of mobile phones, Global Positioning Systems (GPS), and accessories (Deigh et al., 2016). Over the years, the company’s success has seen it grow to become one of the largest retail cellphone companies in Australia and Europe. Since its establishment, the company has overcome many challenges, and it has managed to establish its brand not only in Australia but also in Europe. One of the causes of the firm’s success is its reliable and competent management system led by the two co-founders.

While the company does not manufacture mobile phones, the cell phones it sells are manufactured globally renowned mobile phone manufacturers including Apple, HTC, Huawei, LG, Motorola, Nokia, and Samsung. Harvey Norman stocks mobile phones that cater for various customers based on their position on the needs pyramid. Phones that are priced lowly mainly cater for safety needs, and as the prices increase, so does the need pyramid level shift. As such, most expensive of these phones cater for serve to fulfill self-transcendence meaning that the cell phones that Harvey Norman sells serve all the levels of the Maslow’s needs hierarchy.

3.2. Application of the mobile phones to satisfy needs

With a wide range of cells phones ranging from $100-$1500 in price, Harvey Norman satisfies all the levels of the Maslow’s needs pyramid. The lowest price phone that costs 100 Dollars assists an individual to use basic functionalities of the phone thus offering a sense of security. As the price of the mobile phones increases, so do the features and functionalities. As such, the higher priced phones will have features that allow an individual to attain self-actualization and self-transcendence (Trappey, 2015). Ultimately, the low priced cell phones target people from the low socioeconomic status whose primary needs are the basic and safety needs (Niemela & Kim2014). On the other hand, the target market for the higher priced smartphones are individuals for high socioeconomic status who have surpassed the basic and esteem needs and are now in pursuit of fulfilling their self-actualization and self-transcendence needs.

By providing a wide range of mobile phones to the market, Harvey Norman has succeeded to in catering for the needs of individuals in all levels of the needs pyramid. Additionally, the continuous training that Harvey Norman employees undergo from the phone manufacturing companies assist the workers in guiding and advising customers on the best phone to buy based on their needs and their position on the needs pyramid.

Although the company manages to meet the needs of its customers, it has several weaknesses. The main weakness is the fact that the company’s shops are located mainly in high end shopping malls, which are out of reach for individuals on the lower levels of the needs pyramid.

Harvey Norman sells cell phones that cater for the entire market. The phones they sell in their store’s cost between $100- $1500, which means that individuals with different buying power are catered for. Harvey Norman is one of the leading electronic goods retail outlets in the world, and they attribute this to their partnerships with product manufacturers. Further, the success is attributed to employee training on products and customer needs. The company strives to meet the needs of various individuals on the human needs pyramid. The human hierarchy of needs categorizes individual needs mainly based on their socio-economic status. By stocking multiple categories of cell phones, Harvey Norman meets the needs of all individuals based on Maslow’s hierarchy theory.

While Harvey Norman provides cell phones that satisfy the needs of all people on the needs pyramid, there is the need for market segmentation. A person whose needs are met by $100 cell phone may be intimated to walk into a large shopping store, which is where Harvey Norman stores are located. As such, the company needs to develop a market segmentation strategy that goes beyond providing cell phones for all levels of the needs hierarchy. They need a plan that provides these cell phones at locations that are convenient for the target market.