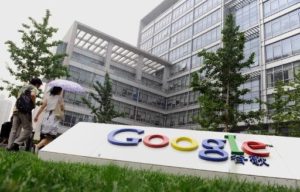 An ethical dilemma faced by google. According to it ethical standards, google says “you can make money without being evil” and true to its word, google is among the world’s leading knowledge and information providers worldwide. As such, it has a legal binding and ethical responsibility to make the worlds knowledge easily accessible throughout. Google has three ethical commitments to itself that are most important. The first is be responsive or mold itself to local environments and conditions, should they change. The second is to be accessible to all and provide them information, enlarge access to information, lastly is that it contents the interest of its users.  While google is going global, its attempt to china was proving to be a challenging one between complying with the Chinese government or to abide by their ethics. This case study basically looks at the problem of google versus china, which is primarily ethics versus policies. Here in, google had to take one of two options, stay out from china or to create and establish its local presence in china. With so limited options google opted to launch the google.cn search engine and make some material unavailable or censored according to the governments demands, they disclosed that because of their morals, they were complying for the sake of transparency and that a Chinese version of google would be released to escape the government request.

The issues again surrounding this case are of course, the policies being implemented by the Chinese government over its people and the international human rights intervention on censoring information from its citizens who have a right to know. After these events as google was trying to look for an alternative and establish its local presence, an attack, which resulted to hacking into Gmail accounts of these human right activist forced google to strategize other ways. On march 2nd 2010 google blogged that they were planning to remove or the end of censorship of results searched.

Policies and ethics are a challenge any industry and business face. Every government has its regulations on everything because they want to help, provide and protect its citizens. It is also good for international companies to have literal presence in a country to be able to comply with its countries request. Although google has Chinese employees, buying a premises and assigning local citizens who knows trends and policies would be a great idea and reduce encounters and long meetings with heads of many corporations trying to push an action.

This paper clearly looks at the problem as above, states the findngs, suggest alternative solutions and finally chooses the best one and how best to apply it.

The government is in control of the country. It is very reasonable for them to want to protect its citizens no matter the cost. It also has an obligation to provide for its citizens. Google is the worlds most used search engine because simply put, it is good and has a wealth of information. The government might not have wanted some information to be present to its people and therefore put on the request to google. On the other hand, as much as google wants to cooperate, it is tied by its ethics and morals because it knows hiding information because someone else asked you to doesn’t constitute to you being morally or ethically upright. The world has an international human’s right representatives and they, with any issue pertaining to human rights, became very concerned and intervene to serve as a voice of the people. Findings relating to human rights were the rights to express themselves freely online and that is to not censor websites for people to see and know the truth

The key problems were,

Censoring websites on order of the government which google created another version following the attack of Gmail. The simple clear answer would be to collaborate with the human’s right representatives and find out how they can serve the people and the government at the same time. Since human rights are the voice of the people open dialogue with a government representative to help this be a private affair and not a news item as someone’s reputation might be affected.

Lack of international guidelines to dictate the lengths the government can protect its people. Setting up an international guideline for just how far information can be censored and if at all would be problem solver. First selecting what kind of information to keep and what kind to share, the only exception is if it relates to national security but even these have to be elaborated as to what is meant.

Ethics and moral standings are never easily swayed by the many variables of this world. Companies who have taken a stand and somewhat go against it and infringe on people’s rights should be prosecuted as to why.

Also having a presence could be very well with a physical address in that country. Owning a building and having a citizen of that country see the running of it would be a good plan. Since he has experienced firsthand the environment he can offer recommendations that will work great.

Google, being the world’s famous search engine can cross contract with a human rights expert from a well-known establishment to always oversee how to voice the people in regarding matters sensitive like this.

Owning a property in another country nowadays is easy. The job market is getting worse. By promoting a physical address, you will be helping the country in some way and in turn helping yourself.