Getting to Yes and Getting Pass No Summary Analysis

Getting To Yes And Getting Pass No

Negotiation is a process of transferring legal ownership of documents from one person to another. It includes the transfer of your legalities to someone whom you want to do business with. It is a method of removing differences and problems between each other related to the business. In this method persons come to an end towards a final decision related to the business deals they are going to start about. It is basically a method of convincing someone towards your business idea and to get the best possible result of your ideas.

Negotiation is a complete process so for performing this concept you must be well prepared and start your agreement to someone with proper home work so that you can convince someone with proper pros and cons of your deal. Negotiation seems to be easy but it is not as easy as some thinks. It is to convince someone on your idea to perform. Convincing someone is among the most difficult task in the business. The person whom you are dealing me has many questions in its mind and you have to answer all of them to satisfy him. 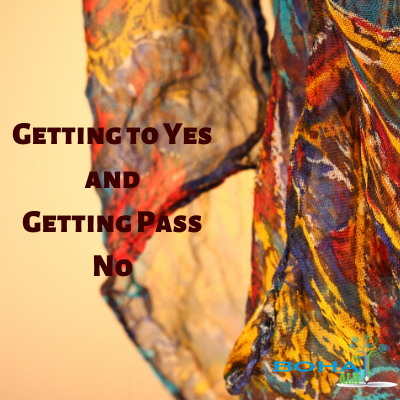 Negotiation based on a procedure with the following steps that includes preparation about what you are going to tell him. You first need to make decision and proper strategies according to your business nature so that you can agree someone on your ideas. It is to decide first that where should be meeting held and with whom should meeting be with. The person with which your meeting is going to held according to your prospective must be related to the field of business which you are going to bargain about. When you are going to have a conversation with some you must be precise and to the point in your discussion that some may not bored by listening a too much long story from you and it not be too much short that someone may not even understand all your points which satisfy them on your offer.

Discussion is to be performed in between both the persons and parties about the business and the proposal one is offering to others. People must discuss each point very carefully and in detail about the business proposal so that not a single point left behind. They must ask all the questions from each other related to the proposal and nature of the business. They must listen to all of them and clarifies all problems and any confusion they have related to your proposal. All the goals and targets which you are going to achieve in your proposal must also is discussed and their pros and cons be considered deeply so that if any problem will came in future it can be resolved on a specified time with proper preparation of sources in advance.

All the interests and points of the dealing person must be listened by the dealer so that they are to be controlled and managed so that the dealing person may convince on your deal. The end of the discussion must be with all the main and convincing points so that they can both agree and discussion comes to an end on a positive end. And both the parties became satisfied with the meeting points that all their main and important points are considered into account by both the parties in front of each other.

Agreement must be achieved by both the parties which depend on your discussion how strongly and positively you do it. When you will get an agreement it is the success of your meeting and the skills of your negotiation. After agreement an action is performed which means that you are going to work on your discussion point of views which you agreed upon in your meeting. Every person who is going to offer  proposal about his offer must be have a proper strategy of working with the persons and about the discussions which he is going to have with others. You must show other party your maximum strength that you will put in your business proposal to make them agree on your terms and conditions of your idea of the business. Your arguments and views must be so much potential in them they your listener get convinced at once.

An effective negotiation includes the techniques and an analyzing view of the problems which may occur and a problem solving strategies as well. Negotiator must control its emotions during dealings that he may not become so emotional as he started making requests to offeror or it’s not that he start forcing him with rigid nature to done the deal. There must be a central line between positivity and negativity of negotiators nature. Negotiator must provide logical and authentic reasoning to the dealer of his deal during bargaining in order to agree him. Effective negotiator meeting may be a team work and if it is a team work then it would be the best team work ever so that all the team members will work efficiently and wins the target. The best negotiator involves the best skills of having smooth and positive relationship with the negotiators to whom he is dealing with.

Getting to yes and getting pass no are the terms that involves the proper negotiating procedure within two parties. Getting to yes involves all the methods which includes the convincing features by considering the problems and isolating them properly and with good efficiency. It keeps looking the interests of the people who are involved in the negotiation.

Getting to yes involve the understanding for both the negotiator’s and other person’s problems. The major problem that comes in the negotiation is that both the parties believe it as a piece of cake. Some negotiator’s behaves too much lenient with the parties that other party considers you as you are offering and bargaining them with some casual offer, and if you remain so much harsh and rude then they will not even listen to you. So you must remain in between while you conversations in the negotiation.

If you became emotional with the conversation in negotiation then it will destroy your image and it will disturb your conversation between negotiations. You must clarify your and others perceptions about the views they have in their minds during discussion. First listen to other’s views and then speak with complete understanding of its views and speak as much good as possible and convince him. You must always keep your focus and concentration towards the other person’s interests about your proposal. Offers him what that relates to his best interest.

Ask questions from the dealer about his interests so that you can make your deal according to his interests. Also tell him about his own interests may be he finds your interest more interesting and this will help you and support you if he likes your interest to convince him according to your style and demands you have in your mind about your proposal. After your discussion ask them that what they now think of your proposal if they are little confuse about anything then ask him that what the confusion is, try to solve them and help them to make their decisions easily and also in your favor as a must. This is the success of your abilities and meeting that you convince someone on your deal. That person you must not allow to go with you spent so much time in order to explain him everything about your business proposal. You must explain him fair procedures about your proposal so that he can easily understand all the steps. There will be no complications in the procedures that no one can even understand the steps must be quiet easy and acceptable for the negotiating person which attracts him easily and happily. The standards which you chose for your project must be accurate. Means your standards are not so much high that no one can easily meet it.

Standards must be normal and easily acceptable and implemented in the organization according to your proposal given by you to him. If still after your lot of convincing abilities he still may say no that he has a doubt on your ideas that whether to accept it or not. So you do not need to get hyper at once you must first listen to him after asking him why when he will explain her view then say him you can do this better than this. Always be prepared with the backup plan a second plan s well in avoiding such situations in negotiation dealings.  BATNA is a term used for such conditions in negotiation situations. You must be ready for the BATNA which stand s for best alternative to a negotiates agreement.

Your BATNA must be in your pocket so that you can keep convincing him on one side if he does not agree to you on first side then you can convince him on second side as well. You must follow all the principle and antiquates about the negotiation process so that you can easily convince him on your proposal easily and must consider all the norms of the manners which attracts your customer towards your offers.