The global community’s severe financial crisis has led many countries to slash their spending in a number of sectors including public services and the health sector. However, there are specific areas, like transportation and energy, where a potential reduction of the state’s financial support would lead to severe social and political turbulences. More specifically, transportation, along with energy supply, water supply and communications are considered to be parts of a country’s ‘infrastructure’, a term that is used in order to describe all the facilities that are absolutely necessary in every day human activities. It should be noticed that not all states internationally pay the appropriate attention on their infrastructure. Current paper focuses on the examination of the role of infrastructure systems in Germany in the promotion of the social life and health of people living in the country; the ways that infrastructure systems in Germany can lead to social and health benefits are examined using appropriate theoretical framework. The country’s infrastructure system is also over-viewed in order to identify all potential strengths and weaknesses taking into consideration the fact that Germany is a member of European Union and most of the country’s political choices reflect the Union’s perceptions and trends. On the other hand, it should be made clear that the level of development of infrastructure systems in Germany does not necessarily reflect the effectiveness of these systems across European Union. As it is made clear through the analysis followed, in Germany the governmental support to the country’s infrastructure is extremely strong – that is not necessarily a fact in other member states; however, still there are a few weaknesses of these systems related mainly with the absence of an accurate plan of investing (referring to infrastructure projects and the potential participation of firms of the private sector to their realization). In any case, it has been proved that the country’s infrastructure systems have played a significant role in the improvement of the quality of life of population resulted also to a series of social and health benefits – as they are explained in the sections that follow. 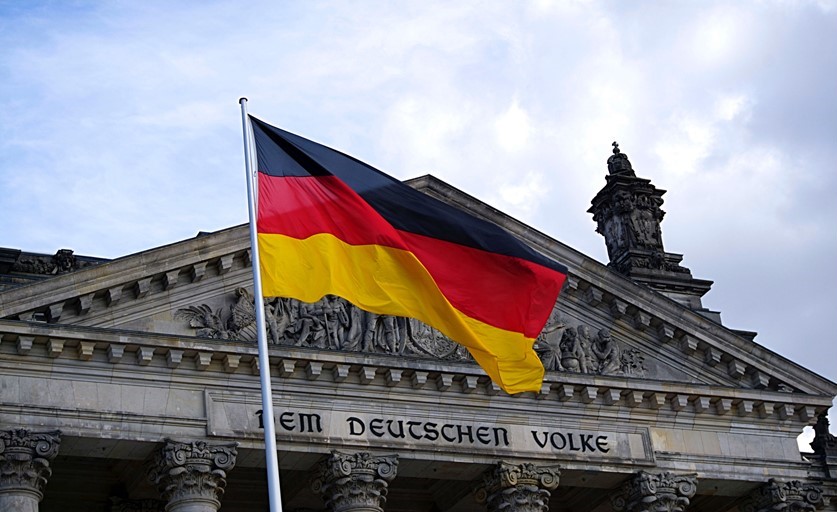 In Germany, significant projects have been developed – and are still in progress – regarding the development and the improvement of the country’s transportation since the specific sector has been found to be closely related with most industrial activities, especially manufacturing but also leisure. In the study of Hobson et al. (1993) it was proved that ‘major steps in the development of tourism have been linked with advancements in transport, the system that creates the structural linkage between origins and destinations’ (Hobson et al., 1993, 209). The above findings can be also related with Germany, a country with a beautiful countryside but also with important historical views – related with a wide range of events, both political, but also military and academic.

The importance of transportation for the performance of the German economy is extensively highlighted in the literature. In accordance with a relevant report ‘the Federal Republic of Germany is Europe’s No. 1 transit country; Germany’s interurban road network exceeds 231,000 ‘ in length (German UN Mission in Vienna, 2008, online article). As already noticed above, Germany is a country strongly based on the manufacturing industry; in this way transportation can be considered as of high importance serving the operational needs of the firms of the particular sector. For this reason, an extensive network of roadway has been developed across the country – see the figures presented above – offering the possibility for quick and safe travelling across the country. In the Figures 1 and 2 of the Appendix section, photos for two German roadways are presented. It is clear that in Germany emphasis is paid on the protection of the environment; the use of bridges that are full with plants (Figure 1, Appendix) is a common phenomenon in German motorways. More specifically, in accordance with a recent report ‘there are now 32 overpasses, or green bridges, in Germany; eight more are under construction, and another 20 are planned; the majority serve dual functions – as safe passage for wildlife and for local farm vehicles and residents’ (U.S. Department of Transportation, 2008, online article). These bridges are thought to promote the importance of protecting the environment; at the same time the needs of local communities are safely served.

Transportation in Germany also includes the railway network but also the airports. The railway network of the specific country is considered to be among the most developed in Europe. Indeed, in a relevant report it is made clear that ‘Germany’s rail network is a key part of the European transport system; with a length of 33,890 km it is the EU’s longest network (approx. 17% in 2007), and around 31,870 trains use it daily’ (German UN Mission in Vienna, 2008, online article). All aspects of the railway network in Germany are monitored by the Deutsche Bahn, AC, the firm that holds the administration of the specific sector. Trains used in the German railway network are often reviewed and replaced; today trains of advanced technology (see Figures 6 and 7, Appendix) are used in most destinations across the country. Regarding this issue it is noticed that ‘from trials with the experimental ICE-V in 1985 and by 1991 opening the first new-build route, Neubaustrecke (NBS), Germany has continued to develop its high-speed rail network and the InterCity Express (ICE) product’ (Railway Technology, 2008, online article). It is not made clear which is the level of the state’s financial support to the specific sector; in other words, it is not explained whether all projects are funded by the state or the private sector also has a role. The development of the country’s railway network cannot be denied – a fact that is also related with the importance of the specific network for the development of the country’s industrial activities – as explained above. In the same context, airports across Germany are continuously improved in order for their effectiveness to be increased (Figure 5, Appendix).

Energy in German is considered to have significant importance; the governmental policies are based on the proposals for reduction of energy and the promotion of renewable energy – as possible – across the country. Nuclear energy is extensively used in order to cover the needs of people across the country; it should be noticed that ‘Germany obtains one quarter of its electricity from nuclear energy, using 17 reactors; a coalition government established after the federal elections in 1998 has the phasing out of nuclear energy as a part of its agenda ‘ (World Nuclear Association; 2008, online article). The importance of renewable energy in Germany can be proved through the case of Dardesheim (Figure 4, Appendix), a village that is almost totally based on renewable energy. Across the village, a series of relevant establishments have been constructed; in this context, sun, wind but also biomass are used in order to cover all the needs of local population. The effectiveness of the efforts made in Germany towards the promotion of renewable energy can be proved through the fact that ‘nearly 50 percent of the world’s installed solar-energy capacity is in Germany, and annual industry growth is expected to hit 25 percent in coming years’ (Research in Germany, 2008, online article). The importance of renewable energy to the development of the national economy but also the protection of the environment in Germany is thus extremely high.

In the specific sector, the governmental policies focus on the realization of an extensive program for the sanitation of water in all regions across the country. Moreover, appropriate established are constructed ensuring the limitation of losses in water because of damaged pipes – a common phenomenon in both urban and rural areas. An indicative example is the case of the water supply management system in the Hamburg region – extensive works on the replacement of damaged pipes and extension of existing water network have taken place the last years (Clossman, 2007). On the other hand, the trade of water has been an activity that strongly supports the German economy – the country is a major exporter in many countries within the international community.

Relationship Between Infrastructure Systems and Social/Health Benefits in Germany

In the context of the European Union, many efforts have been made in order for a common framework to be developed among the member states regarding the improvement and the development of their infrastructure systems. However, because of the social and cultural differences of the member states, commonly initiated efforts, like the development of infrastructure systems, need first to be appropriately aligned with the national policies and culture; at a next level a common strategy towards the improvement and the development of infrastructure systems across the European Union would be achievable. The specific issue is highlighted in the study of Canaleta et al. (2002); in the specific study it is concluded that ‘convergence seems to be a complex process, in which structural change is a relevant force; infrastructure could be one of the factors that fosters regional growth and convergence’ (Canaleta et al., 2002, 115). Even under the above terms, differentiations could be possibly observed in the performance of relevant policies implemented in member states. Indeed, in the study of Barrell et al. (2007) where the differences in the level of growth of Germany, France and UK were examined – specifically from 1992 to 2005 – it was found that ‘Germany’s weak growth reflects in large part the aftermath of the unification shock and a continued fall in the labour input’ (Barrell et al., 2007, 99). In accordance with the above, the development of infrastructure systems in Germany has been significantly promoted especially after the country’s unification; before the specific event, the level of the country’s development – in technology, science, social life – was high but not equally distributed. After the unification it was possible for the country’s resources to increase their value – they could be combined in order to achieve a high level of development in all the country’s regions. Under these terms, the relationship between the infrastructure systems and the social/ health benefits in Germany should be examined for a particular period of time – for the years that followed the unification. Today, the high level of infrastructure systems in Germany has helped towards the improvement of health of citizens – quick access to health institutions across the country, higher quality of water and food offered to public – but also to the increase of support for all industrial activities (like in the case of transportation as explained above).

The various effects of the development of infrastructure in Germany could be evaluated using the reactions of people towards the relevant efforts but also the specific benefits that these projects offered to the citizens – either directly or indirectly. In this context, it should be noticed that the high development of infrastructure in East German after the unification led to the creation of many jobs related with the specific sector; in this case the development of infrastructure can be directly related with the provision of social benefits to people across the particular region. The above issue has been examined in the study of Seitz (2000) where it is noticed that ‘differences in regional infrastructure supply explain up to 20 percent of the observed interregional disparities in employment growth across West German cities’ (Seitz, 2000, 259). Through the years, the potential differentiations between the two regions – that represented the West and East Germany – have been reduced. Both areas are offered equal support by the state eliminating the cultural and social differentiations in their population. It should be noticed that ‘the financing of urban public infrastructure is becoming increasingly problematical in a world of high real interest rates and stringent fiscal constraints’ (Kirwan, 1989, 285). In other words, even if a country’s infrastructure systems are highly valuable for the promotion of social and health benefits of local population, still appropriate measures have to be taken for the development of these systems across a particular country – effects on national economy and resources available as well as the potential performance of these systems in the long term have also to be taken into consideration. 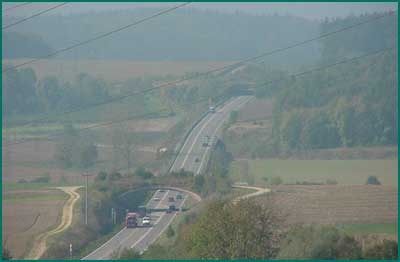 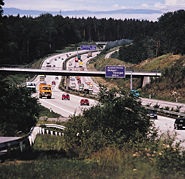 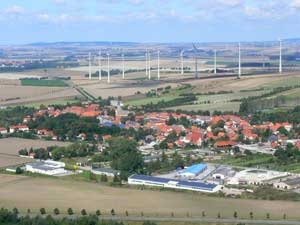 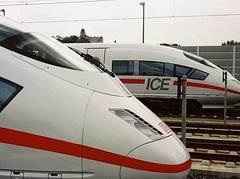 Figure 7 – View of ‘an NS-owned ICE3 at Mannheim, near Stuttgart’ (https://www.railway-technology.com/projects/germany/germany13.html)