The situation analysis of the company is based upon the factors that lie in the external environment of the company and the company has less influence over them in terms of changing or altering them. These factors are related to environmental scanning and they include economy, political, cultural, social, competition, legal, regulatory, technology, demographics, natural resources and consumer behavior. General Motors (GM) faced the issues regarding consumer behaviors, as the strategies of the company were not effective for all the stakeholders. The economy has faced the recession of 2008 and its impacts are still being faced by the companies. The consumption power of the buyers has also been affected and the company’s production capacity has impacted.

The case discuss the problems that are faced by General Motors (GM), it is the second largest 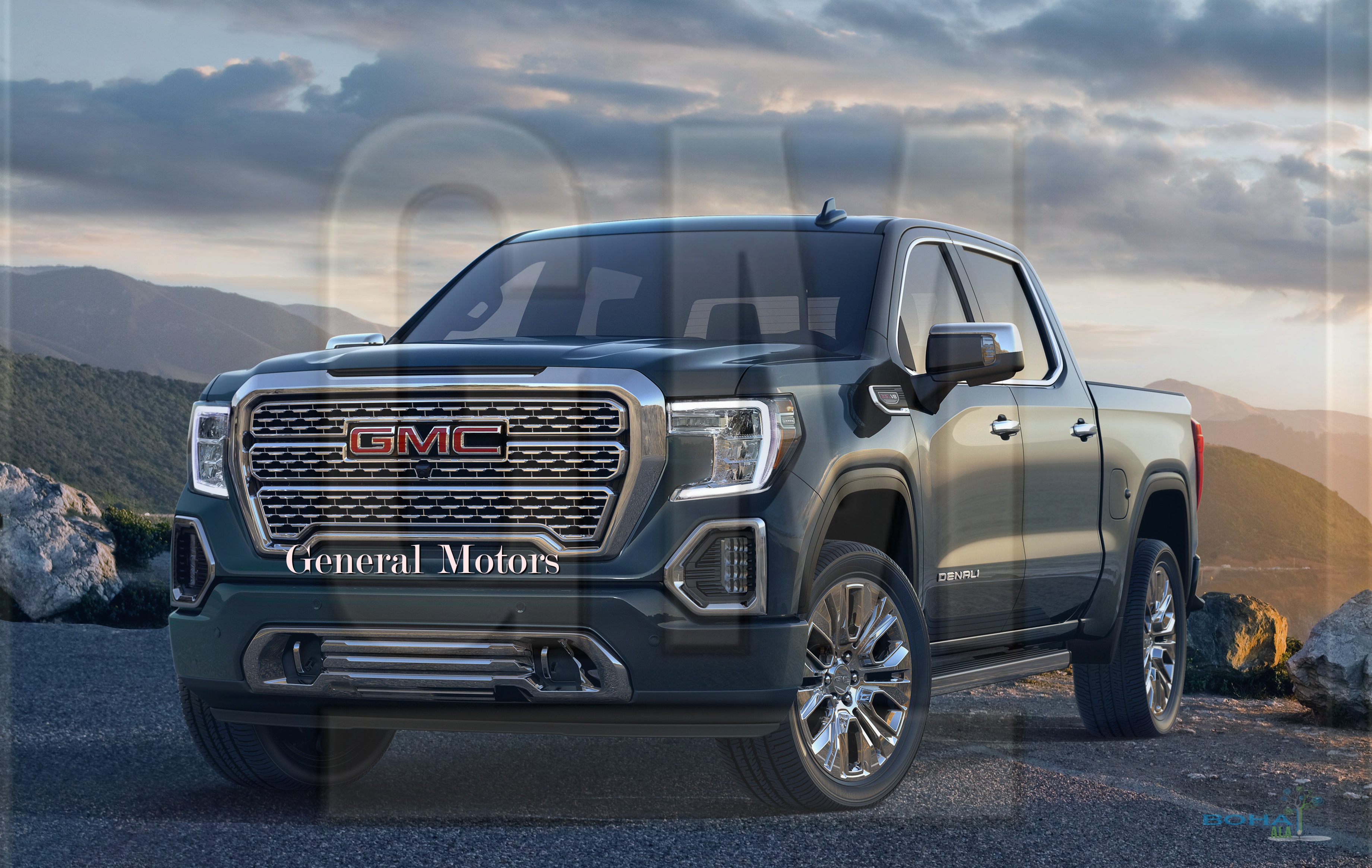 automaker, worldwide, the company was charged to bankruptcy because there was the inability of the company to bring out new vehicles according to the needs of the customers. GM face the issues regarding, employee healthcare and the pension benefits, there were the issues with the company HR. The facts of GM are “poor business strategy and the unfortunate global financial crisis that lead the GM to face failure”. The company had to face the recession in the economies. The company revenue was less down and there was the negative growth by 11% in 2008. Consequently, GM was in the liquidity crisis and the approached the US Government for the help (Shaikshakirullah, 2009).

GM was granted US$ 13.4 billion by the government in December 2008; however, the company was given again US$ 4 billion, so that there could be the betterment in the problematic situation the company was given the time of one month that the GM has the repay the loan if the situation does not get better. Moreover, there were the issues faced by the GM, so the company asked for the additional financial aid, the company did the efforts for the targets specified, as there were focuses on the reduction in debt and renegotiation of an employee (Flores, Krueger, & Clements, 2012).

The porter five forces are based upon bargaining power of buyers, a power of suppliers, existing competitive rivalry between suppliers, a threat of new market entrants and a threat of substitute products, which also include technology change.

The bargaining power of the companies is high. There are very popular vehicle manufacturers in the market and they are in business for a longer period of time. General Motors have the special customers, as they support the special customization for the customers. The product or cars are important for the customer and there are large numbers of a customer. However, GM faced the issues because the customers have the power and they were not getting the quality according to desires (Helper, Susan, & Henderson, 2014).

The bargaining power of the supplier is limited because GM could buy the products from different buyers. GM just need to satisfy the clients and they can buy raw material from any reliable source. They are also in large number and therefore, the buyers can easily switch between them. Therefore, their bargaining power is low overall.

The existing competitive rivalry between suppliers is high. The companies are striving to achieve the market share and in this quest, the rivalry has been intensified. The company has the large industry size, therefore, GM needs focus on its position to compete on the basis of selling their products to the customers more in number to outperform the competitor.

The Threat of New Market Entrants:

The Threat of new market entrants is low. GM have the strong distribution network and high capital requirement, therefore, to compete with GM, new entrants required advanced technology and well-recognized name in the industry. The vehicle industry required the large amount of the cost to established set up in the industry (Carter, 2012).  Moreover, the competition is very high and it is quite difficult to handle that pressure.

The Threat of Substitute Products (Including Technology Change):

The threat of substitute products is low because to switch on a substantial product, there is the need of the high cost and latest technology, as GM is making hybrid cars. The local transport, as well as the cheap fare of the airlines, also poses serious threat for the company. The company has to change its policy to better compete with the substitute products and its threats.

Basically, the issues faced by GM was due to the strategic marketing issues, because the company did not deliver the quality what they promised in the marketing, as the customers of GM are paying prices as per the demand of the company and they required the customized cars, therefore, the issues were there regarding marketing. GM needs to plan the marketing strategies and the product according to what customer demands.

The innovation is the most important factor that is necessary to produce superior cars and other vehicles and therefore, GM can change the designs of the cars according to the customer’s preferences for the features and the specifications. The oppositions were extremely intense in the market. Consequently, there was the requirement for the organization to make a pace with such level of innovative progressions but GM has to face failure, as strategies were not that competitive. The utilization force of the purchasers has likewise been influenced and the organization’s creation limit ha additionally affected.

The price factor is also important and the company is presently offering competitive prices in the market, which is necessary to attract the consumers. GM faced the issues in the market because the quality did not match the offered pricing. The elasticity of the demand and the price is high in the market and the consumers tend to purchase more products when the prices of the commodities are less and vice versa.

The distribution channels of the company are majorly based upon the local dealers in the market, which are responsible for providing vehicle delivery to the clients. GM has the ability to manage the distribution channel, for their products, they have the licensing, distribution in various countries.  GM faced the global economic slowdown because the products or cars cannot reach their expected levels. In the restructuring plan, GM can add the value regarding distribution, so that there should be no more challenges (GM.com, 2016).

For the promotional strategy, GM has the marketing and the advertising team, the company focus on the Go-to-market strategy and focus on to give the advertising from the media. “GM team brings the excitement directly to our customers.” GM focuses on the creating the awareness in the clients about the cars. Consequently, GM faced the issues in 2008 because the customers might not be given awareness properly about the cars they were buying, thus there was dissatisfaction (GM.com, 2017).

GM has identified its target market, as “GM focuses on the customer’s needs, product planning, R&D, design, safety, engineering”. GM was failed to serve the target market in 2008 and 2009, as the company has the niche target market, so analysis needed to be effective. GM is focused on the brand positioning through giving the desired products to the customers and GM wants to improve the vehicles in the marketplace (GM.com, 2017).

Regarding focus on the case study, the financial issues faced by the GM employees, as the problems were in huge pensions and healthcare liabilities, in this way, the total workforce was reduced. There were the major financial issues that GM had the face in the economy, as the revenue was negative so the company takes help from the country government. GM was granted US$ 13.4 billion by the government in December 2008. The company was given again US$ 4 billion, as issues were there, GM again asked for the additional financial aid. Presently, the company has enough financial resources and the operations and the processes of the company are in the right manner.

In the case study, GM faced the global sales and services issues as the accounting issues. There were the challenges of economic uncertainty due to the global financials. However, auditing practices are needed to be more strut in order to eliminate any possibility of the scamming in that regard.

The major strength of the company GM is its financial position, goodwill in the market and the huge customer base. These factors have greatly contributed din the success of the company in a right manner. Based on this reason, GM becomes able to struggle again in the market.

The major weaknesses of GM have discussed above, as there were the issues in the company strategies and financial conditions. Issues were there because the customers were not satisfied regarding a quality of the cars and the employees facing the issues because of the pension and healthcare liabilities. GM financial position at that was very weak in the market.

The developing economy for the sake of market penetration is an excellent opportunity for the company and this must be exploited in that regard. GM can release the new models based on advanced technology, this will take the company to the new heights.

General Motors Recommended Course of Action (From the Aforementioned Alternative Courses of Action):

GM Company took the effective alternatives actions, as the company was charged to bankruptcy as the poor business strategy lead the company towards the global financial crisis. GM faced the recession and the negative growth was there by 11% in 2008. Recommended strategies example, research, and development, market penetration, developing economies, employee satisfaction for the retention can prove to be effective for the company because the strategies could bring the stakeholders satisfaction and better financial satiations in the market.