Purpose of The 10-k and it’s Filed

The 10-K could be explained as the comprehensive summary report that show the company’s performance that how the company work, the work could submitted annually to the organization of the Securities and Exchange Commission. However, 10-K has the more detail as compared to the other reports example annual report. Thus, in includes the company history, earnings per share, subsidiaries, organizational structure etc.

Purpose of The 8-k and it’s Filed

The 8-K is the report that includes the unscheduled material events, the report about the corporate that change in the year, however, the report can be important for the shareholders and the Securities and Exchange Commission because the report notifies about the public of events. The file includes the bankruptcy, resignation of the company directors and the change in fiscal year or the acquisition etc. 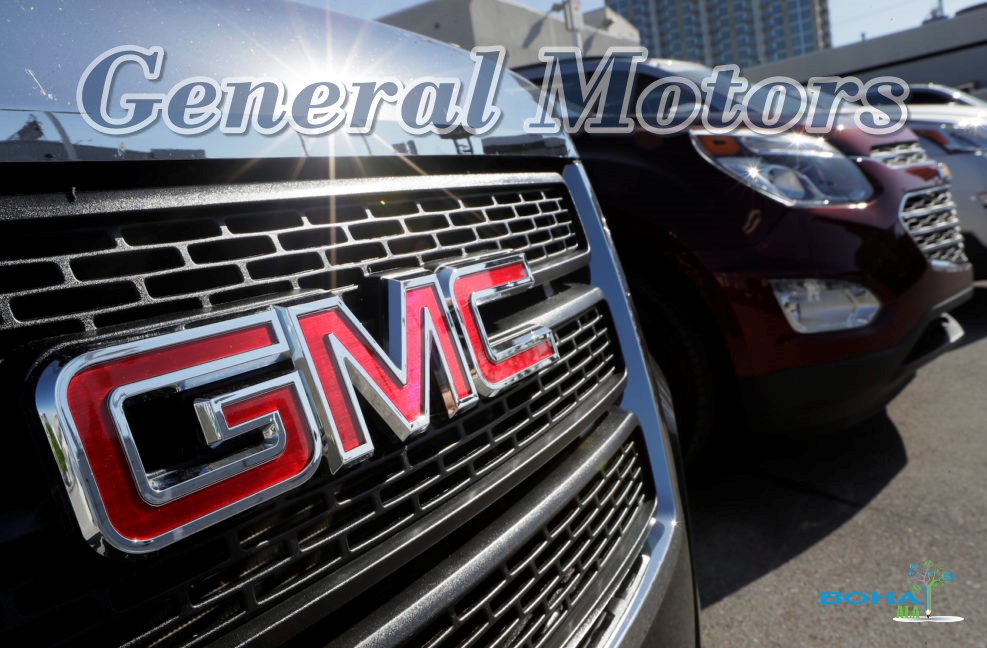 The formation of General Motors Company comes with a renewed focus on customers, cars and culture. As part of the 363 Sale, we acquired the assets necessary to produce our four core brands: Chevrolet, Cadillac, Buick, and GMC. These four core brands will have a total of 34 U.S. nameplates by 2010. We believe the focus on four core brands will enable us to allocate more resources to each, resulting in improved products and stronger marketing.

General Motors Company will support a portfolio of award-winning vehicles including:

We are moving aggressively to develop a full range of energy saving technologies, including advanced internal combustion engines, biofuels, fuel cells, and hybrid vehicles. We are a leader in extended-range electric vehicles, with our first model, the Chevrolet Volt, currently undergoing road testing and scheduled to launch in 2010. We are also in the process of making advanced battery development a core competency. Refer to “Research, Development and Intellectual Property” below.

The Section 363 transaction enabled a substantial dealer consolidation. Our goal is to reduce the number of GM brand dealers in the U.S. from 6,031 at June 30, 2009 to approximately 3,600 by the end of 2010. With approximately 3,600 dealers, we would still have the largest dealer network in the U.S. We believe that a smaller dealer network in the most advantageous locations will allow us to improve the customer experience and to maximize the effectiveness of our advertising and marketing expenditures. Refer to “Relationship with Dealers” below.

In order to streamline our business and speed our decision making processes, we are revising our operational structure, combining the former Europe, Latin America/Africa/Middle East (LAAM) and Asia Pacific segments into one segment, General Motors International Operations (GMIO), and eliminating our former regional president positions and the regional strategy boards. Additionally, two senior leadership forums, the Automotive Strategy Board and the Automotive Product Board, will be replaced by a single, smaller executive committee, which will meet more frequently and focus on business results, products, brands, and customers.

We and MLC prior to July 10, 2009 are engaged primarily in the worldwide development, production and marketing of cars, trucks and parts. We develop, manufacture and market vehicles worldwide through our two segments: General Motors North America (GMNA) and GMIO. In this Report, the business enterprise formerly operated by MLC and subsequently acquired by us is referred to as “the Business.”

Total worldwide car and truck vehicle sales for MLC were 3.6 million in the six months ended June 30, 2009 and 8.4 million and 9.4 million in the years ended December 31, 2008 and 2007. Substantially all of the cars, trucks and parts are marketed through retail dealers in North America, and through distributors and dealers outside of North America, the substantial majority of which are independently owned. GMNA primarily meets the demands of customers in North America with vehicles developed, manufactured and/or marketed under the following core brands:

GMIO primarily meets the demands of customers with vehicles developed, manufactured and/or marketed under the following brands:

As mentioned above, we will focus our resources in the U.S. on four core brands: Chevrolet, Cadillac, Buick and GMC. In connection with the rationalization of our brands, MLC announced the acceleration of the timing of resolution for Saab Automobile AB (Saab), HUMMER and Saturn earlier this year. In addition, there is no planned investment for Pontiac, and the brand is expected to be phased out by the end of 2010. On February 20, 2009 Saab filed for protection under the reorganization laws of Sweden in order to reorganize itself into a stand–alone entity. In June 2009, MLC announced that it had entered into a non-binding memorandum of understanding with Koenigsegg Group AB, a consortium led by Koenigsegg Automotive AB, for the sale of Saab. We continue to work towards a restructuring of our German and certain other European operations, which could include a third party investment in a new vehicle manufacturing company that would own all or a significant part of our European operations. We are currently in talks with the German government and several parties with respect to such an investment. If consummated, this restructuring could significantly reduce our ownership interest and control over substantially all of our European operations. On June 2, 2009, MLC confirmed the details of a proposed transaction with Sichuan Tengzhong Heavy Industrial Machinery Co., Ltd (Tengzhong), pursuant to which Tengzhong, a major industrial machinery group, will acquire the rights to the premium off-road HUMMER brand, along with a senior management and operational team. It will also assume existing dealer agreements relating to HUMMER’s dealership network. It is contemplated that Tengzhong will, as part of the transaction, enter into a long-term contract assembly and key component and material supply agreement with us. The final terms of the deal are subject to final negotiations. On June 5, 2009, MLC and Penske Automotive Group, Inc. announced that the two companies had signed a non-binding memorandum of understanding regarding the Saturn brand, pursuant to which Penske Automotive Group, Inc. would obtain the rights to the Saturn brand, acquire certain assets including the Saturn parts inventory, and have the right to distribute vehicles and parts through the Saturn dealership network. We would continue to provide Saturn Aura, Vue and Outlook vehicles, on a contract basis, for an interim period (GM.com, 2017).

This form was filed in order to inform shareholders related with important events of the business. It was filed to provide them information related to financial statements of business.

One Item For b/S And One From I/S

One of important item in Income statement is net income. It has obtained by deducting all expenses from revenue.

One of important item in balance sheet is current assets. These have recorded on debit side or assets side of balance sheet.

Value of net income for 2016 is recorded $9,268 million and its importance is that it provides idea of profitability. Current assets have debit balance and its value is normal with $76,203 million. It is important for liquidity analysis of business.

The Triple Bottom Line That Relates To Sustainability

In General Motors the triple bottom line that relates to sustainability can also be known as the accounting framework, which has the three parts including the financial, social and environmental. Moreover, the TBL framework can be evaluated, in order to check out the performance of the company from the broader perspective. There could be better or greater business value about the revenue and expenses of the company.

General Motors is focused on the green mutual fund because the business is dealings directly, in order to promote the environmental responsibility example, company has the projects regarding the water and waste management, investments vehicle, green transport etc. General Motors also focused on the electric cars in order to create the sustainable and the supportive businesses.

The Treasury Inflation-Protect Securities (TIPS) are explained as the treasury security, in which there are the indexed to inflation, thus, the TIPS is supported by the company General Motors so that the investors can be protected from the negative effects of the inflation. The risk of investment is measured through the TIPS so that the Consumer Price Index or the interest rate can be measured.

The General Motors used the independent principle of 501(c)3 non-profit that is responsible for education and resources, there is also accountability for the funding and the oversight regarding to operations of the SASB. The company also maintains the sustainability so that there could be focus on the better accounting standards and the effective decisions are there for the public corporations.

In the U.S., Corporate Average Fuel Economy (CAFE) reporting is required for three separate fleets: domestically produced cars, imported cars and light-duty trucks. Both car and light-duty truck standards were established using targets for various vehicle sizes and vehicle model sales volumes. In 2017 our domestic car standard is estimated to be 38.1 mpg, our import car standard is estimated to be 41.7 mpg, and our light-duty truck standard is estimated to be 27.6 mpg. Our current product plan is expected to be compliant with the federal CAFE program through the 2017 model year. In addition to federal CAFE reporting, the EPA requires compliance with greenhouse gas requirements that are similar to the CAFE program. Our current product plan is expected to be compliant with the federal greenhouse gas program through the 2017 model year. CARB has agreed that compliance with the federal program is deemed to be compliant with the California program for the 2012 through 2017 model years. Although Canada has no parallel CAFE-style fuel economy regulations there are Canadian greenhouse gas regulations that are aligned with the U.S. EPA regulations and Canadian fleets are expected to be compliant with these regulations through the 2017 model year. We regularly evaluate our current and future product plans and strategies for compliance with fuel economy and greenhouse gas regulations. Unlike other jurisdictions, the European Union’s climate change policy framework focuses on fleet average CO2 emissions rather than fuel economy. The European Union has implemented legislation regulating fleet average CO2 emissions in Europe and has adopted an even more stringent fleet average CO2 target for 2020. Requirements must be met through the introduction of CO2 reducing technologies on conventional gasoline and diesel engines or through ultra-low CO2 vehicles. We are developing a compliance plan by adopting operational CO2 targets for each market entry in Europe. The EC will also devise regulatory requirements on the CO2 emission test cycle as of 2017.

We continue to search for ways to increase our use of renewable energy and improve our energy efficiency and work to drive growth and scale of renewables. We have committed to meeting the electricity needs of our operations worldwide with renewable energy by 2050. At December 31, 2016 we had implemented projects globally that had increased our total renewable energy capacity to over 167 megawatts. In 2016 we also met the EPA Energy Star Challenge for Industry (EPA Challenge) at 12 of our sites globally by reducing energy intensity an average of 18% at these sites. To meet the EPA Challenge industrial sites must reduce energy intensity by 10% in five years or fewer. Two of the sites achieved the goal for the first time, bringing the total number of GM-owned sites to have met the EPAChallenge to 75, with many sites achieving the goal multiple times. These efforts minimize our utility expenses and are part of our approach to addressing climate change through setting a greenhouse gas emissions reduction target, collecting accurate data, following our business plan and publicly reporting progress against our target (GM.com, 2017).

c ) Company is performing well because its EPS has improved with the passage of time. It has improved from 5.91 to 6.00.