Gaming and It’s Helpful Effects for People with a Stroke

A stroke, according to the “stroke association in the United Kingdom” (2012) is defined as a brain attack. It is a 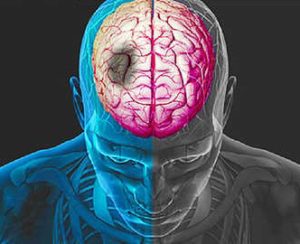 cardiovascular disease that occurs when the blood flow that is supplied to a part of the human brain is cut off. (Stroke Association, 2012) A stroke is a very severe health condition and it is one of the leading causes of a lifetime disability among our oldies and adults in general. (Alankus, 2010) According to Professor Johan De Sutter et al., (2016) Belgium has about 1,144 cardiologists to fight against or care for patient with cardiovascular diseases such as a stroke. As at 2003, the mortality rates of Belgians were increasing at a fast pace due to stroke.  (Devroey et al., 2003) For those that are affected by stroke, studies have shown that gaming is a good approach to help them regain their memory, put their coordinate movement back to shape, improve on their level of comprehension, and rehabilitate their lives. (King, et al., 2012) For these reasons, this paper aims at demonstrating how gaming can help patients with a stroke re-validate in a more interactive way and how this can help them in their future re-validation.

Stroke and its Consequences

There are various types of strokes, these include Ischaemic stroke usually cause by blood clots and subdivided into Thrombotic Stroke and Embolic Stroke; hemorrhagic stroke usually caused by separated blood vessels resulting to brain bleeding, subdivided into Intracerebral hemorrhage and Subarachnoid hemorrhage; Transient Ischaemic Attack, generally known as TIA and regarded as a mini-stroke, originating from a temporary blood clot. (Madell & Krucik, 2014) Others include acute, (Kidd, et al., 1995) mild strokes. (Carlsson, et al., 2003) Apparently, stroke is a result from any of these causes as stated above. Humans are affected with any of these types of stroke in relation to their ages. Many of these consequences of stroke in humans are lifelong and these include mood disorders, fatigue, cognitive and social impairments. Most of these are common among young individuals under 50 years of age. (Maaijwee, 2014) This is because every part of the human body is controlled by the brain and a stroke affects the brain adversely.

Moreover, major aftereffects of stroke include paralysis of muscle movement, difficulty talking or swallowing, emotional problems, pain, changes in self-care ability and behavior, memory loss or difficulties in thinking, visio-perceptual skills in paying attention to a part of a visual field, thus resulting in the individual bumping against the wall. (Mayo, 2011) Furthermore, most of the parts of the body are usually affected, some of which include paralysis of the muscles in the backbone, legs, and other cognitive parts of the body. (Moheet & Katzan, 2013)

Gaming, and its helpful Effects for People with a Stroke

Based on the high level of consequences being caused by stroke with over 15 million people suffering from it each year, various findings have been developed as to how such individuals can be helped to survive in such situation. (Mackay & Mensah, 2004) There has also been recovery of some parts of the body affected by stroke.  According to Kwakkel et al., (2003) about 5% and 20% of people suffering from stroke achieve complete operational recovery in the upper limb of their body. Other studies on stroke provide suggestion that revalidation and rehabilitation is necessary to improve the capability of the brain for better recovery after any incident of stroke. (Duncan et al, 2005; King et al., 2012) To achieve this process, there has to be exercises that are targeted at engaging and motivating such individuals. (Merians et al., 2002) Moreover, various methods have been implemented to assist such patient, some have proven to be effective, why others have failed. However, the use of computer-assisted virtual reality system referred to as VR technology tends to help in solving stroke issues. (Laver et al, 2011)

Therefore, computer gaming stands as a home therapy for stroke. Research shows that the kind of gaming that is applicable for stroke patients are motion-sensor based games, which include those with a range of reaction, movement, accuracy, and speed challenges. (King et al., 2012) Some of these games include Whack a mole, Mosquito Swat, Bejeweled, Music Catch, Air Hockey, Solitaire, Balloon Popping, Rebounce, etc. These games were developed providing highly visible graphics to help participants play the game easily. (King et al., 2012) Thus, the effect of these games on patients with a stroke is positive. Patients are capable of regaining abilities and lost memories, improve perception, enhance decision-making process, and promote social cognition. (Stroke Association, 2012) In summary, the process of using gaming to help a patient with stroke is called the rehabilitation process. (Anderson, 2011) This is in relation to the fact that playing such interactive video as highlighted will help improve their arm function and control their daily living tasks. (Anderson, 2011) In addition to this, these virtual reality games help patients achieve balance, improve interpersonal relationships, and reduce depression. (Song & Park, 2015)

The use of game-based rehabilitation systems for patients who are suffering from stroke is an important approach to keep them exercising at home. (Hung, 2016) However, it is saddening that these systems have not been fully adopted and considered in many places of the world. (Hung, 2016) These interactive computer gaming technology are developed upon current advances in tracking and virtual reality (VR) devices such as high-cost platform systems (Yoon et al., 2015) off-the-shelf video gaming technologies that are low-costs including EyeTo, Microsoft Kinect or Windows, and Nitendo Wii, robotics and other tablet technology. These games are to help patients’ motivation through their rehabilitation exercises. (Hung, et al., 2016) For future prototype, advancements are on going to customize many more games for patients affected by stroke. According to Ya-Xuan Hung et al., (2016) the principle of these games are to provide patients with an approach related to interactive user interface and operating different task-oriented scenarios. The authors further assert that the development and content of these games may be customized from bare beginning or chosen from other commercial games that have existed. (Hung et al., 2016)

The effects of a stroke in individuals are adverse and can lead to untimely death if proper care and attention is not given to patients. To help these patients, the process of revalidation of through an interactive approach (gaming) can go a long way to assist them. Studies have proven this fact and many stroke patients have attested to this fact, as highlighted by Hung et al., 2016. Basically, the system is not adequately strong enough in the world today, there should be more insights in designing other future game-based rehabilitation system to help revalidate stroke patient in the future. This paper has been able to explore the types and effects of strokes, the helpful benefits and effect gaming can pull to stroke patients, and existing games that have been used for revalidation and rehabilitation processes.