Friends are beautiful people. We can’t do without them. As a matter of fact, friends are really important and they are 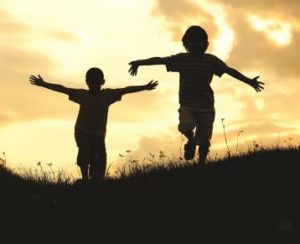 a function of our happiness. We sometimes meet good friends, other times, we meet with bad ones. But for every friend we meet, they are either for a lesson or for a reason.

This story illustrates two friends who shared a past and grew together from during their college days. The story shows the exemplary life of Richard and Paul, they were of contrasting background. But lived as best friends as they grew together because of the benefits each had from one another. However, after a very long time they parted, they met again and shared great memories together and Richard exposed an awful occurrence that affected Paul’s life while in college.

Richard Williams came from a wealthy background from Boston. He is the only son of his parents and he was admitted to one of the colleges in Boston. He had everything to he always wanted, including cars, designer wears, foot wears and lots of money. He lived at ease in the midst of excessive pleasure, and surrounded by all conveniences and comforts of life. He was exposed to all good things of life and he was well brought up by his parents, but he wasn’t seen to portray those great attributes his parents taught him. While he was in college, he was seen to have the best collections and everyone always wanted to be his friend. Richard freely gives to everyone who requested from him, he posed to be the generous guy and some individuals loved him.

Richard was an average student who is not very intelligent to make good grades from each academic session. He wasn’t serious with academic works. He believed his parents had it all to make him achieve all his dreams. He prefers to hang out with friends like him, party hard, play computer games, and other times soccer. He hardly had time to study and he often tells his friends he’s not a fan of books. His parents have tried to correct his behaviors towards academics and his unseriousness. At many times, he had been spanked but refuses to be willing to learn. His teachers had complained so bitterly about him at different occasions, but Richard never cared about what anyone says about him. But whenever he’s given assignments, he looks out for people to help him or put him through.

It was getting close to the end of the session exams, and he knew if he failed, he would repeat the class. However, his father had also threatened to disown him if he repeats the class. He thought to himself what he would do to make good grades in his exams, so he decided to reach out to the best students in his class. Though everyone knew about his truancy and his non-chalant attitudes towards academics. This discouraged many from giving him any attention. But because of his generosity, he was given attention by one of his peers. Besides, he was filled with humor and loved to cheer everyone up, this gave him an edge to be free to relate to anyone. Consequently, he was also willing to give anything to whosoever was ready to help him. Though, he never revealed this to anyone.

In contrast, Paul was one of the best students in class. He was from a very poor background, his family encountered the rough waves of serious adversity, and he was obliged to labor with assiduity, and had to carry out a part time job to sustain a better living for himself. He often felt bad about his condition, but he was pretty sure life would turn better for him when he graduates from high school and starts earning a well paid salary.  Whenever he goes to work, he finds a client or customer who gives him stipends for his hard work and skills. Paul was very intelligent and always had most of his time studying to create something unique. He tries to understand physical sciences and always wished he could invent something. Paul’s parents had tried to enroll Paul for scholarship exams, but unfortunately, he’s not been awarded for some few challenges or the other. His teachers liked him for his academic excellence, endurance, learning eagerness and unusual ability to work under pressure. He had been awarded best student in physics and other science related subjects.

Therefore, it was very easy for Richard to get closer to Paul and confide in his academic excellence to help him focus and meet up with his grades to graduate from college without repeating the present class he was. Paul was ready and totally willing to change Richard’s life. He knew Richard always wanted to take more time to party, get drunk and lived recklessly. Yet, Paul still kept encouraging Richard to become a serious student and just graduate peacefully.

Richard saw the lowest level of  life Paul lived and then decided to help him. As a result, Richard took Paul for shopping, bought him new clothings, shoes and started helping him to feel a better life. This made Paul so impressed to help Richard attain better grades in his subjects. He took time to teach him all the mathematical equations, physics calculations and other related subjects he was lacking behind. On a regular basis, Richard invited Paul to his home, his parents saw his willingness to learn and they decided to be a bit lenient with him . They welcomed Paul warmly and offered him great meals. Richard listened to every word Paul said to encourage him, he was motivated and got ready to learn.

However, this never still made Richard’s habits left him, he was progressively becoming an alcoholic through the influence of the nature of friends who were also as influential as he is. They drive expensive cars around town, painted everywhere red,  flirt with girls, move into all sorts of night clubs and spend extravagantly. Richard tried to blend relatively, he wasn’t totally willing to live that way because of his parent’s average level of discipline. But he actually wanted to live the spoil life just the same way his friends did live. Meanwhile, he wasn’t aware that some of his friends were drug addicts; they smuggled cocaine and other hard drug contents that were contraband to make great money. At a point in time, they introduced him to the business and made him feel it was a norm to make money from the substance.

Paul, on the other hand took Richard’s leisure and made sure he did his own part of the schedule agreement they had and Richard ensured he continually helped Paul. This made these boys closest friends despite their differences in attitudes and behaviors.

Subsequently, he keeps up with his friends and since he saw they were becoming richer than he was; bought more expensive cars than he had, lived in more expensive homes than his family’s, and he got tempted into smuggling drugs. His gang of friends were willing to pull him into the business. Sooner, he got into the contraband business and started to risk his life more for money and wealth. His friends taught him different tactics and strategies to smuggling this drug substance for sales to people who were ready to purchase them.

He was more drawn to his temptation daily and he got into the business. With time, he began to get more money too. Paul didn’t notice all these, but he kept showing his care for Richard as a great friend. Sometimes, he writes his home works, does all necessary lab tests and related school works to cover up for Richard. He ensured Richard had all school activities up to date.

But there came a day, Richard was to sneak out of the school as usual when he got a call from one of his clients whom they had finalized their drug business. But unfortunately, he forgot he hid the drug contents in Paul’s bag. As he left the school premise, and got into the street. A boy reported a missing phone in the classroom and the security guards were informed about the incident. So they decided to search the bags of everyone in the classroom. However, Paul had left his bag in the cafeteria during lunch time and later went back to pick it when the next period was set. As the security men got searching bags of students for this reported stolen phone, they found the drug substance in Paul’s bag. He immediately felt like dying to see such contents in his bag. The security personnel apprehended  Paul and took him for serious investigation on where he got the substance from. He consistently tried to prove them wrong that he wasn’t the one who possessed such contents and he never knew how it got into his bag. They dealt with him severely, but he keeps insisting he wasn’t the one who had the possession of the content.

After a while, Richard came back and found out that his friend was being dealt with for his offense. He immediately turned away from the premise and pretended he didn’t know what was going on. Consequently, Paul was suspended from college for that session and had to come back later to complete his academics. Richard’s family left Boston after Richard’s graduation and so Paul lost contact with Richard.

About six years later, Richard met Paul at a bank while he was trying to make some transactions. Paul was supervising some lower rank engineers to maintain the telecommunication connections and also the database of the bank. They were so happy to see each other after long years apart. They exchanged pleasantries, and with so much joy, they decided to meet at a bar to celebrate their reunion again.

While they were at the bar that evening, Richard was so filled with remorse, and had a very heavy heart to narrate the sad story that left Paul out of school that year. Richard told Paul the whole scenario. Paul was so shocked and started sobbing. But at the long run, he forgave Richard and they reunited again and became best friends. At this time, Richard was a system analyst, and Paul was a telecommunication engineer; they were financially stable and they lived happily ever after.

The end of Friendship Story in English.