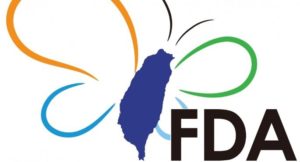 The FDA v. Brown & Williamson Tobacco Corporation case involves one of the most challenging public health facing the nation today. Millions of premature deaths that usually occur every year because of tobacco use. Back in the year 1996, the FDA, after having disavowed any authority since its inception, asserted jurisdiction to control tobacco product. Therefore, the Food and Drug Administration concluded that nicotine is a drug basing the entire meaning to the Food, Drug, and Cosmetic Act. Those smokeless tobacco and cigarettes are good combination products that usually deliver nicotine to the human body. In this case study, I will discuss the regulatory agencies and how laws are balanced with ethical concerns.

The Facts of the Case

Issues of The Case

After filing a case, Brown moved for the entire summary judgment basing his argument that the Food and Drug Administration did not have the jurisdiction to control the tobacco products as customarily marketed. Also, he argued that it lacked the same without the entire manufacturer claims of therapeutic benefits. However, the FDA agency believed that, because most consumers of tobacco start their use before the age of 18 years, curbing tobacco use by minors would substantially decrease the prevalence of tobacco addiction in future generations and of course, the events of tobacco-related diseases and death (Shultz, 2005). According to the law, regardless of how serious the issue the administrative agency was addressing, it could not exercise its entire authority in a manner that was inconsistent with the structure of the administration that was enacted by the Congress into law. Although the agency was typically entitled to deference, particularly in the interpretation of statutes they usually administer, they were supposed to provide the effect to the unambiguously expressed intent of the Congress.

The District Court ruled that the Food and Drug Administration (FDA) had jurisdiction to control the tobacco products as a device. This was the primary purpose of the regulatory agency. Furthermore, the court concluded that the agency had overstepped its authority when it was attempting to restrict the tobacco products advertising strictly (Kessler, 2001). However, in reversing, the Court of Appeals held the fact that Congress had not granted the Food and Drug Administration agency the jurisdiction to control the tobacco products. Also, the Court of Appeal discovered that the definition of tobacco by the FDA as a device was flawed. This was because the FDA agency could not provide evidence to prove that the effect of tobacco product on the human body was intended under the Act.

In a ruling that was delivered by Justice Sandra Day O’Connor, the Court held that the Congress did not provide the Food and Drug Administration agency the entire authority to control tobacco products. This ruling was based on the FDCA and in conjunction with the subsequent tobacco legislation from the Congress (Shultz, 2005). The Court addressed that this is how the law is ethically balanced and the Justice wrote for the majority that they could not question the seriousness of the issue that the Food and Drug Administration was addressing. The Congress had developed a distinct regulatory scheme for those products, and rejected the proposal to provide the agency jurisdiction over tobacco. It repeatedly acted to preclude any other agency from exercising any policymaking authority in the region.