A “Wiretap Act” is defined as an act of federal law, the act aims to protect the privacy rights of the people, however when the people are communicating with other, there is the need to protect their rights or communication by not listening to them. The Wiretap Act is made on the listening of the telephone call so that the governmental or other agencies, do not listen to the people talking with each other. To listen to someone voice or talking intentionally or purposefully is illegal, there should be no intercept of or disclose of the content, there are civil and criminal penalties for a person who do a violation of the law. However, there is some condition based on which the Wiretap Act is not illegal. Many other states have the same laws like the Wiretap Act or the laws based on it.

Consequently, the law strictly forbids the listening of someone’s communication; however, there 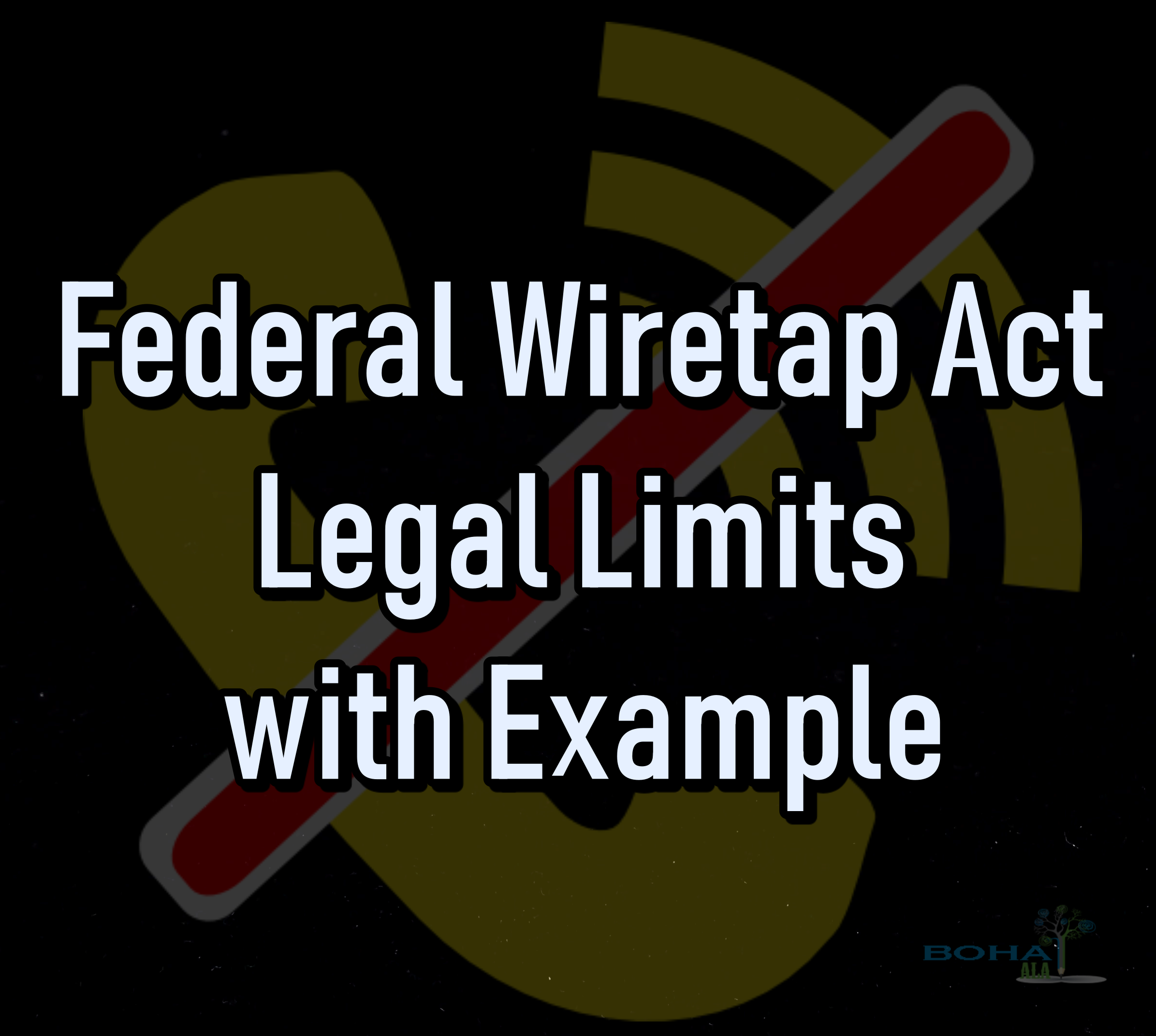 can be punishments on a violation. There are some legal limits, based on which the conversation can be listened or recorded. Moreover, some of the agencies have the search warrant, based on which the company can do researchers, in some of the case there is the need to listen or monitor the phone calls, example if someone is criminal, there is the need to suspect the activates. Therefore, sometimes, it is necessary to record the conversation and by the consent of the state, things can happen. Governmental agents have the warrant, who can record the conversation.

The Wiretap Act and The Electronic Communications Privacy Act the Same Thing:

Electronic Communications Privacy Act (ECPA), was made in 1986, according to the act, there are restrictions on the wiretaps, as the phone calls should be recorded, however, there are the restrictions, electronic data of the computer should not transmit, their access is prohibited on storing the electronic communication. There are other legislation based on this act, there are subsequent pieces of the legislations, the act is also updated and clarify, in order to keep pace with the new evolution. There are also restrictions on government access, to private electrical communication. The USA PATRIOT Act and FISA Amendment act is also similar (Reich, 2012).

Wiretap Act and the Electronic Communications Privacy Act are could be described as same acts, because of the purpose of both the acts, is to maintain the privacy of people, there is actual content of Wiretap Act in the ECPA. The ECPA acts is the revision, with the invention of the new technologies, the Congress supported the consumer so that the personal information of the people remain safe. There are some acts on oral communication like ECPA, the one who violates the act, have to pay the fine more than $250,000 and have to live in prison for five years.

The Federal Appeals Court Ruled That The Interception of E-mail in Temporary Storage Violates The Federal Wiretap Act:

Under ECPA act, the stored communication act was also created, there were the legally established standards on the acts that the company should follow. However, the under the act, there are the efforts to protect the privacy and related electronic communication. There is the need to safeguard the communication so that there could be the privacy protection. However, the decision was prior to the federal appeals ruling, the interlock employees were reviewing the messages and intercept, copying the messages from the Amazon, in this case, the Councilman was charged, with using the code, because the company gains the commercial advantages. The Councilman in court said that the communication was covered by the stored communication act.

Therefore, according to the federal appeals court rule, the company did not violate the rule or the law because the company uses the email service, to provide the access to the subscriber, to their email. Consequently, no issue was there regarding the wiretap law, because the communication is not intercepted and access the temporary storage, the rival company sent messages to the subscribers.

The Decision Prior to The Federal appeals Ruling:

The ruling descision was right, as in the case, the panel focused on the subscriber email messages that there was temporary storage. Regarding the computer system, the parties agreed that the data transmitted through the wires that were between the computer and the email were not acquired. No, intercept occurred between the stored communicating, so the Wiretap acts were not violated.

Under the panel ruling, the Wiretap Act is irrelevant to the protection, of the electronic privacy so the legal protection applies between the Stored Communication Acts and Wiretap Act. There is significant uncertainty, so the decision was in favor, that the company does not violate the act.

The Important of Case to The Field of Digital Forensics:

It is important to research about the case; the case should be under the field of digital forensics, so that the reasons behind the case should be known, digital forensics can do the investigation,  identify the computer crime, besides the acts, the criminals can be identified (Malin, Casey, & Aquilina, 2013). The companies were following the acts and they were well aware of the acts, so they are safe, there is a need to do the research based on the facts so that the criminal can be known. There will cooperate and the intrusion investigation of the case and new direction can be given to the case.