Home > Projects/Reports > Factors Shaping The Politics of The Middle East

Spreading over Africa, the Indian Ocean, Eurasia, and the Mediterranean Sea, the Middle East is considered one of the world’s most significant regions. It’s holy sites, resources, and geography makes it the center of attraction in world politics. This region’s internal politics is centered on ideological, ethnic, religious, cultural disputes and struggle for the regional hegemony between the states. The situation in this region is deteriorating due to increasing military dynamics, the involvement of non-state actors, and covert interference by external forces. The presence of oil reservoirs in the region attracts international powers. Something striking about this region is that the internal issues are closely linked to external powers’ involvement. The interest’s different states in this region are opening new fronts of issues in this region. 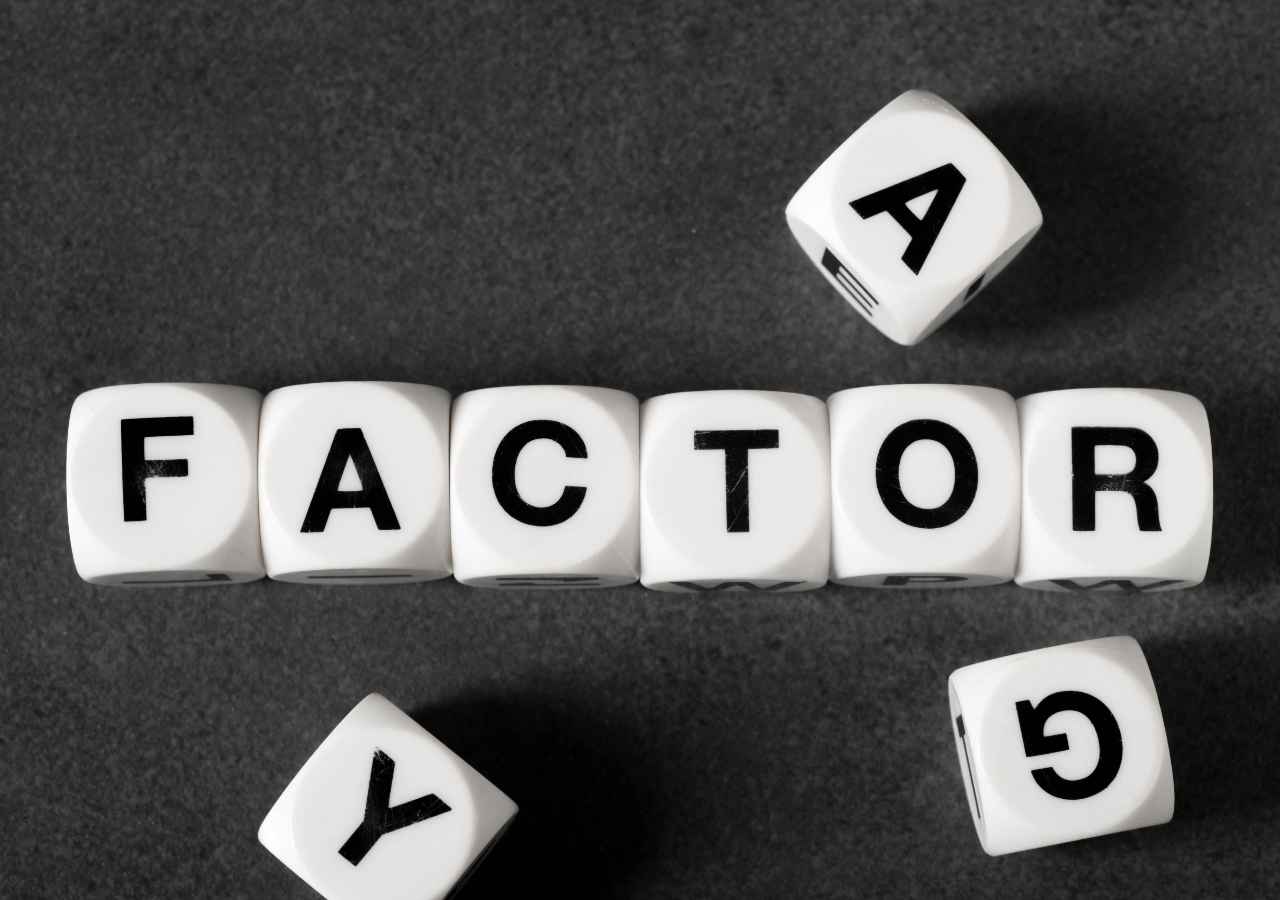 The ‘middle east’ refers to a region, but unlike Africa or Europe, it is not a precise area. Neither is any economic or political alliance like the European Union. The countries that are a part of this region also do not agree upon this term. Hence, what is the Middle East?

When we trace the origin of the term ‘middle east’, we find it in British imperialism during the 20th century. For Britain, this region was significant geo-strategically, and it was referred to as the middle of the journey to the subcontinent. Captain Alfred Mahan came with this term ‘middle east’ in one of his review articles, and later on, Valentine Chirol, a British journalist, used it in his letters called ‘The Middle Eastern Question.’  In 1921, this term was institutionalized when the British Colonial Office’s Middle East Department was formed. Other terms like ‘West Asia’ and ‘Near East’ were also used to describe this region, but the Middle East was popularized after the Cold War. (585-586, KAREN CULCASI)

The reason this term is considered controversial is that Middle Easterners did not give it to themselves. It depicts a European perspective, and it was just a geographical reference. Previously, the ‘Near East’ was used for Syria, Palestine, Lebanon, Jordan, and Egypt. The’ middle east’ was considered to be comprising of Afghanistan, Iran, and Iraq. However, now it includes the Gulf States: Iran, Iraq, Kuwait, Saudi Arabia, the United Arab Emirates, Oman, Bahrain, and Qatar. Other states include Turkey, Yemen, Palestine, Lebanon, Egypt, Jordan, Cyprus, and Syria.

However, just listing the names of the states included in this region is not enough because the Middle East’s regional system is far more complicated than that. Identity, geography, religion, and shared historical background are crucial factors in defining this region.  All these factors lead to either a cooperation or conflict between the states of the Middle East. (24-25, F. GREGORY GAUSE) The Middle East is often referred to as the Arab world, but there is diversity in the region, including non-Arabs. Whenever talking about this region, it is equated with Islam, but that is not the only religion in this region.

This complexity depicts that the Middle East should not be defined in terms of geography, but there are many more aspects to its definition like ethnicities, regimes, religions, and cultures. Nevertheless, the literature has reduced this meaning to merely a reference to geography.

Viewing the Middle East region only from the Arab prism or only in terms of Arab Israel conflict are flawed approaches to its problems. Arab language is considered to be the contributing factor towards authoritarianism and cultural rigidity in this region. Due to this reference to the Arab language, it compels all the middle easterners to adhere to a single culture or identity. Those who come face to face with orthodoxy in this region meet with terrible consequences. (243, FRANCK SALAMEH)

The Populist Authoritarian (PA) regimes in the Middle East have played the nationalist card, which turned the Middle Easterners against Western penetration. The single-party system overarching this region compromised the ways of democracy. These PA regimes have been able to suppress any changes in the regime and maintain the status quo. (380-382, RAYMOND HINNEBUSCH) For example, in Saudi Arabia, we see monarchy; Iran has theocracy. Most of the regimes in this region are entrenched in religious identity.  The dictatorial system is prevalent in the Middle East, and in return, there is less participation by the masses in the policymaking.

Religion has shaped the politics of this region profoundly. This region is seen as monolithic in terms of religion and culture, but things are quite different in reality. For example, consider three states Iraq, Iran, and Israel. One is an Arab Muslim state, the second is a non-Arab Muslim state, and the third is a Jewish state. These states’ choice shows how religiously diverse this region is where Israel is in continuous expansion efforts. Iraq is facing Shia Sunni conflicts. Iran is struggling between radical Islam and modernization.

Due to these differences, religion has become a tool for elites, and people are exploited in the name of religion. Sunni will support a Sunni, and Shia will support a Shia, and this factor is dominant in the ongoing struggle between Iran and Saudi Arabia for regional hegemony. The cycle of using religion in the politics of the Middle East is never-ending. The Gulf War, Iraq- Iran War, the Syrian Civil War the unrest in Yemen and Bahrain all these events depict that whenever religion starts to destabilize, the elites start using it to gain power. (134-136, JEFFERY HAYNES)

The relations of the neighboring states in the Middle East vary with the external powers. The antagonistic relation between Saudi Arabia and Iran forces them to have different allies outside the region. To achieve the economic goals, especially in the energy sector, external powers are involved in issues at various fronts that compromise the relations between the Middle East states.

The system in the Middle East region is not expected to alter soon because the states are imperfect, trying to extend their power. They are divided based on religious struggles, conflicting identities, regime types, and struggle for rank. The only way towards a peaceful middle east would be to form a community of states that accept each other’s existence. Because of the antagonism between the two sides of Islam, an imposed order would not be acceptable for this region. (947-948, WILLIAM ZARTMAN)

The middle east is still in chaos as certain events like the killing of Qasem Suleimani, Iran’s strikes on US bases, rising extremism within the states depict how deteriorating is the situation in this region. The increasing integration in the Middle East is giving rise to more Lebanon, Iraq, Syria, and Yemen. There is a rise in the number of states without the existence of a nation. The tribal affinities, ethnic and ideological identities are more dominant as compared to national identity. The presence of security dilemmas creates violence within communities. The dividing nature of these communities and increasing external interference has multiplied the interests and the actors involved.

Sectarianism remains a dominating factor in deciding the Middle East’s politics, most notably the Arab Israel conflict and Sunni Shia divisions. Nevertheless, the Arab Spring, although political Islam marked it, has allowed discussion on topics like sectarianism, racism, religious extremism, which were once taboo to discuss.

To summarize what has been written in this paper, I would say that it is more than just a geographical area when referring to the Middle East. The Middle East we see today is the outcome of sectarian politics, authoritarianism, identity crisis, religious extremism, and interference by external powers. All these factors make this region more vulnerable to violence. Plans to democratize this region will take much time, but they are the only way forward for this troubled region.