A description of the subject’s ethical beliefs and practices 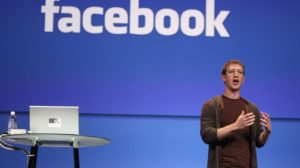 Mark Zuckerberg is undoubtedly on of the youngest Chief Executive Officers (CEOs) that the modern age has witnessed rise to the helm of a global corporation. Facebook might not present the best case study with regard to ethical practices but a mention of the youthful founder and CEO could attract some rare attention that the topic needs. Some of the reasons that make Zuckerberg a special mention in various spheres of corporate management are his massive impact on the social network industry as well as criticism that he continues to face in his tenure at Facebook. His executive roles in terms of ethical interpretation seem to have a rare following with a mixture of reactions that have apparently been masked by the success that the corporation has made. In tracing Zuckerberg’s track record as an ethical CEO, this discourse displays the two sides of the youthful Facebook icon. This section deals with a description of his ethical beliefs and practices at the helm of the leading social network.

At Facebook, the corporation picture of professionalism is boosted by the founder’s belief that amassing the best professionally capable human resource will salvage the chances of operations. According to the executive approach that the CEO has adopted over the years, a very stable team of managers can only enable the corporation to rise from strength to strength. This is evidenced by the choice of his vice president and other top managers who have a rich history in dealing with corporate affairs. In view of the implication that the choices of the management team that Zuckerberg chose, we can draw an inference that he prefers professionalism in handling of corporate management at Facebook. The fortunes of the company on a backdrop of controversies illustrate an internal strength that professionalism accords Facebook.

Under Zuckerberg’s tenure, Facebook’s corporate responsibility has evolved to keep in touch with the changing business environment. By facilitating one of the most time-progressive policies which acknowledges keeping up with the pace of environmental issues, Zuckerberg paints an image of a CEO who is conscious of ethical principle of corporate social responsibility. Facebook does not only lead in the pack for the campaign to promote climate change responsive agenda, it actually implements on of the most progressive green energy projects at its server facilities. Such community minded leadership is only made fruitful by the contributions of a youthful CEO under the guidance of some ethical principles.

In a separate perspective about Facebook, has been able to handle global mixture in traditions without a major concern due to its application of universal business values. Since inception, Zuckerberg has been a believer in diversity of the international market and the effective identification of neutrality in business values has seen the assimilation of the entire global market without trouble. In applying a neutral ground, for instance facilitation of several global languages in the Facebook interface has assisted in assimilation of every quarter of business without major communication hitches. Zuckerberg is therefore depicted as an executive office who responds to the most pressing issues of market diversity in the most ethical manner. Similarly, the CEO applies basic rules of ethics by not imposing such values as religion on the basic interface, which appears as an ethical stride in performing business with his customers.

An Analysis of the Subject’s Ethics

As mentioned before, there has been some significant amount of criticism from different circles regarding the competence of Zuckerberg as an ethical business executive. Since a reasonable hearing on such an account needs a presentation of the appropriate facts to be weighed out for the determinative conclusion, a presentation of unethical facts from Zuckerberg’s regime is necessary. In this segment therefore, the antagonists’ account of arguments is visited to substantiate a case of his unethical behavior at the helm of Facebook management.

Perhaps the most publicized undoing of Zuckerberg’s style of management is in the manner in which he handled privacy violation cases of Facebook clients. Very weighty scandals implicating Zuckerberg by infringing on the rights of customers’ privacy have certainly stained his reputation that a CEO of his caliber ought to have (Ali and Keenan 2009). According to the authors, the young CEO violated the basic ethical provision that the Facebook fraternity expected of him particularly in dealing with Beacon advertising. Having outlined a clearly laid out security platform for Facebook users, the management of the corporation must have given the client base enough assurances regarding its privacy during Facebook usage.

However, following the unbecoming and unethical behavior of the top most office of the corporation, a serious compromise of the earlier given assurances happened. Due to the isolation of the person that Zuckerberg was depicted in the scenario, there were no major cases of exodus of clients from the social network. Serious implications however had to be met by certain sections of the engagement such as the change of name by Beacon to Social Ads. The implication of such changes in a company could be far reaching bearing the sensitive nature of the online industry that is full of competitive drama. In any case, the client base continued to swell amid such allegations of a top official at the corporation. The damage had been done and apparently, the issuance of an apology by Zuckerberg sounded like a mockery of the trust that users had placed on the assurances given by Facebook.

According to Ben and McGrath (2010), there are several risks of transparency exposed to the society in the design and usage of Facebook since its original launch. The authors reckon that it is the role of the corporate world running such platforms as the social networks to protect the transparency of the networks and mitigate risks involved for its violation. Zuckerberg’s original intention of leaving loopholes in disclosive ethics is represented as an ethical weakness since some users can easily go around the basic disclosure morals and take advantage of other unsuspecting users. Zuckerberg is once again portrayed as a weak executive office who cannot command enough respect for the protection of the security of Facebook users. Some critics would be forgiven if they linked his hacking episode of Beacon’s account to this lenience towards ethical disclosure.

In a rare mention of network ethics that network based proprietors must particularly withhold, Melé (2009, p987) demonstrates how the important element of justice Zuckerberg’s attempts to have a peaceful rein at Facebook. In a separate account of a court proceeding involving the copyright issue of Facebook idea, Zuckerberg terribly fails to demonstrate the author’s emphasis of justice in business as proprietors and executives ought to observe. By engaging in a legal tussle by the Winklevoss twin brothers over the founding rights of Facebook, Zuckerberg’s credentials as high class officer observing justice are deeply tainted (Bolduc, 2011). Although Zuckerberg offered for an outside-court settlement to the twin brothers, it follows that the case acts against his image as business ethics demand (Newkirk and Viehauser, 2008).

In my own opinion, the unwarranted unethical engagements that the CEO makes as an individual drags the entire business into disrepute which damages the opportunities that lie in its success path. Some of the reasons why Zuckerberg acted unethically cannot be substantiated and leaves many questions than answers regarding his ethical conduct as a high profile executive. Perhaps his young and inexperienced age could be his greatest undoing; with age advancement, maybe he will find it appropriate to act more responsibly from informed experience as a CEO. This is not supposed to imply that all young entrepreneurs would be as ineffective to the extent that Zuckerberg finds himself.