The research question was stated

The research question is based on the fluency intervention of struggling students in third grade. The research 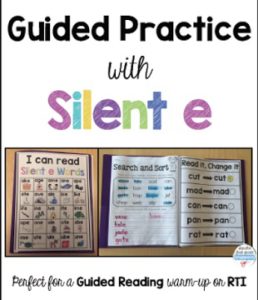 question is meant to discover how guided reading after intervention affects the performance criterion of struggling third-grade students, their achievement in the norm-referenced exams, and their progress in reading.
The participants and how they were selected were described.

Selected students were vetted using three criteria’s. The first involved selection of students who were nine years and above. The second criterion is choosing students thought to be struggling with reading. The assumption is made based on the student’s end-of-year examinations. These results form the basis of not promoting a student to 4th grade. Finally, the chosen students are re-enrolled in 3rd grade.

Selection of the students based on their age or those in 3rd grade was a result of the many reports indicating the stage and age were right for advice and development on the importance of independent silent reading. Grade 4 has been associated with a crisis in reading or slump due to the transition of students from grade 3.
The research design was clearly stated

A matched quasi-experimental design was used. Through the use of a propensity score, the treatment and control groups were constructed. The probability of being in a treatment group while accounting for variables through the use of logistic regression is the propensity scale. A researcher is expected to choose variables which would be considered important when matching students. The variables include race, ethnicity, gender, social-economic status, English learner status, and baseline achievement measures. In addition to other variables, the interactions and effects of these and other variables determine the probability of being in a treatment group. The logistic regression is then used to match the students who did not receive the treatment to those who did, in turn, having matched treatment and groups which are controlled. However, use of propensity scale has a few limitations which include;

Propensity scale is viewed as one of the strongest quasi-experimental methods used in assessing the relationship between outcomes and treatments. That is despite the limitations stated above.

Evidence of validity was provided.

The validity of control and treatment is made available through the use of group administration technique. Validity is shown if the student can show a high level of proficiency through an alternative test. Also, student portfolio can be used to exempt and promote a student to the next grade. Through critical data panel reviews analysis and from experts, validity and content have been established. Validity is determined by the goals of the test score are to progress positively towards standards deemed national in reading, language, and mathematics.
Evidence of reliability was provided.

The test score would be reliable if only certain protocols were followed. The retained students should receive 2 hours daily for them to receive instructions on proper reading habits and methods. 30 minutes of the 2-hour block should be dedicated to offering instructions on writing. The remaining time should be used in practicing and demonstration of skills previously taught. The students require high intervention in the areas they are deficient within the 2-hour instructional block.
The study results and conclusions were explained.

Provision of reading instructions for all students is in agreement with the No Child Left Behind Act of 2001. Students who receive treatment and control got additional and comprehensive reading instructions in the 2-hour block offered. Studies have revealed the fact that most teachers prefer the oral guidance practice since they can monitor the strengths of each student.

The main aim of using the treatment method is to provide enough guidance, appropriately and consistently to the struggling students. Through offering guided reading intervention, schools can make positive progress on an individual level while at the same time meeting requirements of AYP (Adequate Yearly Progress).