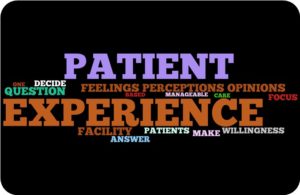 England, United Kingdom is still behind most of the comparable European nations and others all over the world in a single year survival for the common cancers. Delays in the process of cancer diagnosis have been proposed as one reason for this poor survival rate (Holtedahl, 1990). One specific cause for this concern is that approximately 25% of the patients are diagnosed via an emergency presentation, that is, after visiting an Emergency Department (ED), which is also known as the A&E in England, or through an emergency admission to hospital (Coleman, Forman, Bryant, Butler, Rachet, Maringe, et al. 2011). The existence of short-term survival in the patients is more impoverished compared to the other routes to diagnosis, even if the case and age mix is taken into account. It is still not clear how the emergency presentations arise or else, to what extent they are preventable (Elliss-Brookes, McPhail, Ives, Greenslade, Shelton, Hiom., et al. 2012). A detailed understanding of what results in the emergency presentation is, therefore, required (Myers, Neighbors, & Tannehill-Jones, 2002). In this essay or study, I sought to capture the experiences of patients who have undergone cancer diagnosis, following an ED visit to have more details and understanding on how emergency presentations come across and also, identify where improvement of the outcome can be undertaken. The essay has focused on the service and pathway issues, instead of the appraisal from the participants of particular body symptoms.

This study was nested within the service evaluation that was led by the London Cancer, which is an integrated system covering the North East and North Central London, with a population of approximately 3.5 Million, and also the West Essex. The assessment identified 963 patients between January 2016, and July 2017. The study covered the patients who were diagnosed after the presentation in various Emergency Departments in the nine Acute NHS Trust. The recruitment was open to every nine trusts, but the study only received participants from seven of them.

The study sampled purposively, with a primary aim of obtaining a range of cancer tumor as well as the demographic characteristics. The members of the clinical team typically gave their patients who finished the questionnaire as part of the complete service evaluation, an assessment sheet on the interview study. Those patients were eligible to complete the questions if they were above the age of eighteen years, can understand the consent procedures, and was recently undergone cancer diagnosis following an emergency presentation. However, the team never invited the patients who they considered severely ill in order to support the interview and consent procedures to take part in the study. Those people who expressed their interest in participation were telephoned a week later to explain the entire review and to set an interview date.

The study achieved the collection of information by interviewing by the participants in the patients’ homes or hospitals. Some interviews were also carried out with a relative or spouse present, as a request for the participants. A guide for the topic that was developed with the cancer patients representatives was also adopted, particularly to the open-ended biographical structure. This topic guide aimed to perfectly capture the patients’ interaction complexity, together with the healthcare service before cancer diagnosis was conducted. Furthermore, the patients’ interviews were recorded through audio records and after that, transcribed through a confidential service. This removed the identifying information.

The study incorporated the Model of Pathway to Treatment, which was developed by Walter, as an interrogating and organizing construct. The aim was to produce findings that were comparable to the other literature on the early cancer diagnosis. The Walter’s model considers the entire contributions of the participants, disease factors and system or provides into for main intervals, that is, Help-seeking, Appraisal, Pre-treatment, and Diagnostic (Walter, Webster, Scott,& Emery, 2012). This was presented primarily as a linear sequence that resulted in the cancer diagnosis. However, it also acknowledges the overall possibility that the participant could move forth and back, especially between the intervals in the consultations with the healthcare professionals (Weller, Vedsted, Rubin, Walter, Emery, Scott, et al. 2012).

The model was applied at various points of the analysis process. First, all the data that was gathered from interviews were coded using the NVivo Software, to form four “Processes” from it and an extra code that was specifically associated to the Cancer Diagnosis, as it applied to the patients. The information or data collected in this study that could not fit the above categories was coded inductively. The encrypted data was reviewed and of course, explored. In some instances, some pictorial constructions for the Pathways of the patients were created from the interview information, with the aim of summarizing the approximate duration and sequence of all the activities that were recalled by the patients. Furthermore, the coded data were compared on similar parts of the Pathway, specifically between the participants. The entire comparison and discussion process yielded ideas on the experience of the patients that, on the other hand, was refined into themes, with the help of supporting quotations (QSR International Pty Ltd. 2012).

Also, the intervals of the model were applied to develop the pathway diagrams for participants. This aimed at exemplifying the study and also compared the experience of individual participants with the themes. Finally, the study assessed patients by the demographic characteristics that were already known to be related with the emergency diagnosis and considered their cancer site, whether was detectable at the early stage via symptom recognition or screening of their ovarian, lung, and colorectal.

According to the data and information presented by the participants, there are no clear patterns in the distribution of participants by gender, ages or the type of cancer between all the model typologies. Also, it was discovered that there is no consistent pattern or sequence between the sex, ages of the symptoms that were experienced, appraisal or interpretation by the participants (Evans, Chapple, Salisbury, Corrie, Ziebland., 2014). They often presented their Emergency Departments visit as an inevitable cause of the appearance of any alarming symptoms. On the other hand, other patients who were experiencing same symptoms selected the primary care. For instance, the acute abdominal pains, as well as constipation in the three colorectal cancer patients, led two patient to call the ambulance and the third one visiting the GP. The first typology, rapid investigation, and diagnosis after detection of body changes defined the short, and normative patients’ pathway according to Walter’s Model. The participants were found to identify the issue, decided to see some assistance, visited the healthcare professional and received a diagnosis promptly. A standard feature of this typology was the sudden onset of visible symptoms such as swollen legs and confusion.

In contrast to the patients in the first typology, in the second typology, patients explained the repeated cycles of assistance seeking and the appraisal before their eventual cancer diagnosis. Also, the participants detected some body changes. However, in many cases finding help and even getting advice never yield fruits since it did not bring them to closer diagnosis. I grouped this two typologies together since they shared many common components and it was challenging to decide of whether the participant’s explanation fitted the first or the second one correctly. The research also discovered that HCP appraisal resulted in a re-evaluation of sign inappropriately among the patients. Most of them received a benign diagnosis, or else, advised on how to self-manage their Symptoms by the ED or GP practitioners before the cancer diagnosis was conducted.

The research focused on the under-characterized part of the diagnosis pathway, that is, among those patients at specific risk of poor results. It did not focus on a particular type of cancer, which may limit the findings on informing a specific pathway of cancer. However, according to the study, it suggests that there exist strong similarities in the experience of diagnostic delay among the patients, across diverse types of cancer. Furthermore, it was also inappropriate or impossible for the local clinical team to take part in the invitation of the patients who were diagnosed through the emergency route.  (Jacobs, & Finlayson, 2011)Therefore, the number of potential participants was limited, and once their hospital episode has ended, most of them, especially those diagnosed in Emergency Departments are very weak and physically not able to take parts in the interviews. According to various reputable studies, it was discovered that the emergency presentation could have been unrepresentative for the old population.

This study captures the experience of cancer patients across the secondary and of course, the primary care, before cancer diagnosis, using an emergency presentation, which presented two forms of typology. The research also offers novel insight into how the entire performance emerges, and how the victims’ pathways develop. Many participants in this study required multiple visits to several healthcare doctors before they visit the actual Emergency Department and before the diagnosis was made. Some of them had a rapid, and straightforward cancer pathways. According to the research findings, it identified various potentially avoidable breakdown in the process of a cancer diagnosis. In fact, to be more specific, some of the identified issues included encouraging the patients to return to the GP if their symptoms persisted, having a stronger emphasis on the diagnostic uncertainty, especially on the discussion between the doctors and their patients, in both the secondary and primary care (Rubin, Neal, Abel, Lyratzopoulos., 2013). Therefore, to improve access to rapid interrogations, some systems are also required for the primary care, which will assist in communicating directly with the secondary care, mainly during the time of referral.