Individual psychology is what Adler refers to approach to human nature; Adler acquired his undergraduate medical degree in Viena where he specialized in Neurology and psychiatry. In his childhood, Adler suffered illnesses including pneumonia that almost killed him. Due to the illnesses, Adler felt so inferior to other children and faced isolation and loneliness, he experienced society stigmatization especially from children and felt he wasn’t belong to this world. Despite the loneliness, illnesses and isolation, Adler never looked back, he strived and gained self-courage and even accepted within the society. Adler worked closely to Freud but he disagreed with him on the child 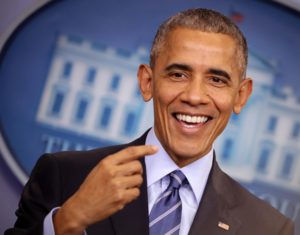 development or growth. Adler later realized that childhood development relationship with other children is an important aspect in charisma development. Adler became the first popular American psychologist where in 1912; he formed an organization of individual psychologist. Adler made several contributions in psychiatric psychology in America, to name just but a few; he organized government sponsored children counselling clinics. During that time, children undergoing trauma and posttraumatic stress were taken through counselling to ensure they get back to their healthy state.

To understand more about the Adlerian framework of superiority, let’s examine Barack Obama or rather POTUS and let’s see whether his political career shows any relevancy to Adler’s framework. Barack Obama is currently the 44th US president born in Hawaii Honolulu. Obama made history to become the first American president. In considering Adler’s superiority striving, we should ask ourselves what motivated Barack Obama to join politics and even get the top most seat in US government? Adler described striving for superiority as a way of driving towards perfection; he went on and said that we strive to perfection in order to make ourselves complete (Adler, 1929). In striving for superiority added something about fictional finalism, that fictions drive our behavior towards making ourselves complete. In accordance to Adler’s striving superiority, we realize that a number of factors motivated Barack Obama to his political career. His first breakthrough was his published autobiography book in 1995 named dreams from my father. In this book Obama talked about race and inheritance and a lot of advocated for the rights of the black, from his career as a civil lawyer, we realized that Obama fought for the rights of the minority. Obama’s book and practice of law made him famous and received a lot of appreciations from entire world, his book has been printed in more than 25 languages and his audio version received a Grammy award in 2006 for the best spoken word album. Obama wanted something more not just to advocate for people by practicing law and writing a book, he wanted to advocate for a majority population and he realized he could do this by running for a seat in Illinois state senate in 1996 and won.

What was Obama’s perceived inferiority or weakness? Adler believed that inferiority or weakness is common thing in human life and this inferiority can be the origin of human striving. Adler added that, for us to strive for higher level for success, we will have to overcome the inferiority only by compensation. Adler argues that, overcoming inferiority just begins at childhood when a child is able to distinguish its parents from other people and when this inferiority is not overcomed, a condition known as inferiority complex is developed. In accordance to Adler’s argument, Obamas political career or life wasn’t a smooth one; he faced a number of challenges at childhood and even in his political life. Inferiority started showing itself when Barack Obama was at his tender age, as a child, Obama didn’t have a closer relationship with his father. At 1 year his father left for further studies in Massachusetts and eventually his parents later divorced in 1964, from all this we realize Obama never had closer relationship with his father making him lack a fatherly kind of upbringing. It was not easy for Obama to run as black president US, but due to his advocacy ant trying to achieve the dreams of Martin Luther king of bringing racial discrimination to an end, he overcomed all the inferiorities.

Adler further argued that human beings develop a unique kind of lifestyle trying to achieve compensation of overcome inferiority. In trying to achieve compensation, children tend to develop certain behaviors and these behaviors act as a guide to all future behaviors. This style of life influence Obama’s political career, childhood experiences tend to shape Obamas political aspiration. Being raised without his biological father and later when he found his father at the age of 21, the father dies in a fatal road accident. All these didn’t discourage Obama but just motivated him to work hard, and we realized that he developed a behavior of working hard which influenced his political career. Obama did not strive for social gain, but his strive for a political post was majorly to advocate for the rights of people in a broader way, rather than just in court room.

Adler viewed Birth order as a bigger influence in a childhood development, he argued that first born will always get full attention from both the parents, parents will always be less concerned with the 2nd born and instead focus on other important things and finally the last child tend to strive to surpass the other children. This is contrary to Obamas childhood development, despite being the first born; he never got full attention from both the parents since the father wasn’t around.  Despite lack of his father’s attention, Obama lived with his mother and half siblings happily and worked hard towards achieving his political dreams, and till date he is the American president.