Ethics in Engineering Practice and Research

Every profession has the own the rules and regulations, as the Engineers have the own rules and the code of Ethics that the practitioners need to be followed and the codes in this way, necessary to ensure the professional conduct by the practitioners. However, there can be the various benefits from which the people or engineers can be benefited by the profession, example, the rules and regulation may prevent the people from the loss of life and property. There are Code of Ethics in Ontario, in order to guide the engineers. Moreover, these Code of Ethics focus on the modification to accommodate to improve the services and the changing needs and goals according to the time so that the engineers and the public can be accommodate (Hollander, Fletcher, & Benya, 2013).

There are eight articles in the engineer code of ethics, under the regulation 77. There are focus on the Professional Engineers Act, so that the benefits and accommodation for the engineers.

The Section 5 of states that,

The section of the code focus on the interpretation and debate. However, it is the practice that can help the engineer to performing the part time job and the regular job, so that the two jobs facilities can be support and it known as the moonlighting (Andrews, 2009).

There are the benefits of the Moonlighting, as moonlighting could be explained as the aspect that has the own advantages and disadvantages example, for the primary employer client, employee etc. while doing the contract with the practitioner the employers should know that how to manage employee according to the employee, the employer sometimes may enjoy benefits because there can be the contract with the highly qualified engineer but the employer may have to suffer for the longer project duration, example, the practitioner may has limited time. Employed who is working as the individual gains and with the volunteer position or the secondary paid is given the monitory or altruistic benefit. The employed individual are subject to laws, however, they can be unaware of few laws that may implicated in a legal problem. Therefore, the primary employer need to hire the practitioner, who is practiced or experience but in this way work capacity is diminished. 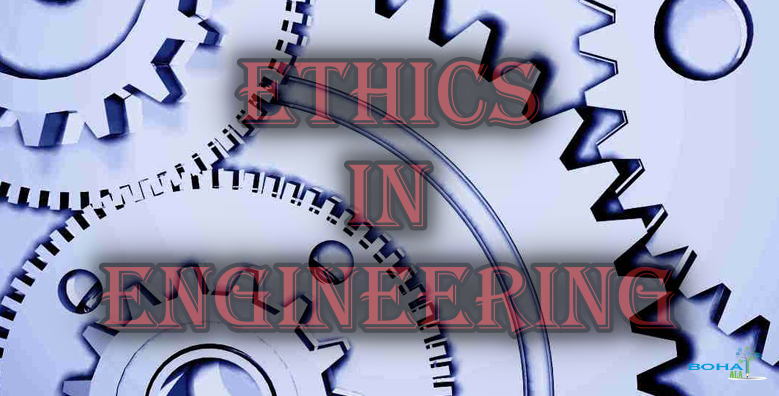 There can also be the disadvantages of the moonlighting that are need to be considered and can produce the serious consequences. The engineers are need to consult because they may not obtain the personal liability coverage example, many of them think that they have already covered the amount of work but working separately from the employers there may be the does not warrant for the purchase of external coverage. The engineers consulting can give the benefits to the original employer, as the lawsuits can give benefits to the engineers because the mistake the that is made by the engineer make him responsible of paying the legal bills and settlements awarded, thus, the primary employer can be drawn into litigation (Sweet & Schneier, 2012).

The engineers may also focus on the increase or the updating their knowledge for the advantages and the extra credit, as they learn about the new information and technologies in the spare time and perform the second job so that they could earn money and the engineers can consumes that knowledge with the second job. However, the engineers may face the issues by the extensive overtime that could also decreased their efficiency and result in the poor job performance. The part time or the second work job can negatively impact or influence on the employers and the practitioner because there is no continuous work (Karwowski, 2010).

It is known that the engineer are also working in the architecture firms, the research has said that there are numerous architects who are doing the freelance jobs. The architects supplement is there as they do it to gain design experience however, there can be issues for the employers or architects through the freelance jobs. The company resources can be utilize in order to do the work as it may include computer programs and the experience that can be gain from the other experienced engineers. It is concluded from the situations that there are moonlighting of the engineers into the other professions and there can be the disadvantages, as engineering can be known alike activities called partaking.

The firms may not know about the contracting of the engineer, who is employed as they do not know the primarily can be implicated under the lawsuit. Sometimes or in some cases that are for job rented may receive no compensation and no influence, they may also not know about the employee’s secondary job (Johri & Olds, 2014).

“Under this agreement, the engineer shall render services to the client “in a timely manner”, and with the degree of care, skill and diligence normally provided in the performance of services for similar projects to that contemplated by this agreement, at the time and place that such services are rendered.”

However, the practitioner should not do two jobs in a timely manner because there could be issues in the delivery of the services and there can be the result in the poor job performance (Sweet, Schneier, & Wentz, Construction Law for Design Professionals, Construction Managers and Contractors, 2014).

The employee who has the independently contracts with the engineers and the outside source, they stills has the scope of the company, which has employed them because there is the direct competition of the outsource engineer, with the employers. Thus, there are concepts and different questions about the engineers work, as in the concepts of the Managing Engineering and Technology the book named as the Introduction to Management for Engineers states that:

“most engineers would agree that they should not compete with their employer in bidding on a project. However, if the employer declines to bid, may the engineer offer to do the job privately on nights and weekends?”

And there is another question “If that brings the client back to the engineer rather than to his or her employer on the next offering, must the employer again be offered the first opportunity?”  There is the enforcement of this section under the section of the Code of Ethics (Whitbeck, 2011).

There are the studies that examines on the moonlighting, as it is known that the moonlighting has many effects and there are various upsides to counter. Moonlighting can also be taken as an opportunity but the mentioned drawbacks have focus on the employees moonlighting that it create the opportunities to gain more work. The future can be secure of the employee and they could help to represent their firm, such employees can also help to promote firm as they could help the firms to be promoted through compensation through bringing the future work (Vallero, 2011).

In the country Germany, the company Porsche cars, encourages their engineering unit so that they could help the company through working on other projects as the engineers can gain the knowledge and the other automakers can help the company by spending the two-thirds of their time working with Porsche and the one-third time of working with the other competing companies in the industry. The company forced or give time to their employees so that they work with other competitors companies and get the knowledge on how the companies are working example, the engineers of the Porsche can do analysis of the Ford, General Motors, Volkswagen etc. The company which gave the space to the employees, need to know about the performance of the other companies for the success and the understanding of the diverse background.

The partaking in moonlighting can be seen as the opportunities that are needed to discover the nature of the person as the enjoyable and fulfilling situations can be created by the engineer or other employees for themselves. Thus, in the current employment situation, the big example of the case of Wayne Cotter can be taken, that he recognized his talent, while working for a computer company as the electrical engineer, he was also interested in the moonlighting as a comedian then further he realized that he is better suited in the comedy industry, therefore, in the future, he has become the successful comedian, who has further given the award of the “Best Stand-up Comedian” in the American Comedy Awards (Yanga, Taylor, & Saffer, 2016).

The Moonlighting need to focus on the volunteering and community service work because now it considered as very beneficial to society, thus, all the benefits and drawbacks are common but it helps to do the promotion of the professional development. Moonlighting is important for the promoting the profession and the professional services. However, moonlighting has the disadvantages because focus on the engineer’s specific field there, as volunteering work may also increases the knowledge and training regarding the future work. There are various situations that are helping the engineer to work independently as they are earning money and offering services to the public. The engineer can only work alone or focus on the moonlighting if they have the issued certificate in which there is the permission. To support the moon lightening there is the Certificate of Authorization that is issued by the PEO. This certificate has the requirements as there can is required experience of at least 5 years in professional engineering experience by the engineer, if wants to start the moonlighting and one need to have the costs of $745.80 (MacPherson & Miller, 2010).

With the increasing technology and fast world, the people focused on the moonlighting are difficult to judge as with the increasing movement  and the flexible hours through the telecommuting the engineer are getting the advantages, as there can difficult analysis of the person that who is moonlighting and who is not. Some people keep the work hidden, but under the section of the code there is need to concern of the overall strategy that can allow the Professional Engineers of Ontario to the greater analysis of the situations and modification. There is the increasing trend of the moonlighting in the industry but need to understand the various faults moonlighting. The countries example Canada is focused to setting up policies for the primary employers firm so that moonlighting should be considered be necessary. The companies are also given the awareness that there is the need of creating billable and the office accounts so the usage of the office resources can be known, example, photocopies. Some companies also do the contracts for the engineers partaking and the secondary employment stating idea because they think that employer are company property and engineer can be used as the secondary employment (Counsel, Bell, & Dr., 2016).

Moonlighting is also considered as the moderation, in the case of the optimum situation there can be the advantages and disadvantages that are need to be balanced. However, it is goal of the engineering profession that the engineers need to have extra finances in the additional hours, engineers concerns the original employer for the further compensation.

In the professional life there is the need to minimize the ethical dilemmas, as the primary employers need to understand the situations that there is the need of increasing trend toward moonlighting if there is no understanding then it can cause a poor relationship between the employers and engineers (Thiel, 2014). It is important to provide the education to the engineers so that there could be the improvement in the working relationships and the moonlighting professional can produce the work more productively and efficiently. In order to improve the working conditions and to understand the importance of the moonlighting in the professional world, the employers should be supportive and need to provide the comfortable working environment.