As a 21 year old third year human services student, I experienced what I consider to date to be my most challenging situation to date. It was in my first year when I found myself having to decide whether or not to go against my faith and save my father’s life. Being the only person nearby with a matching O negative blood group, the hospital staff attempted to persuade me to donate blood to my father who had been involved in a serious accident and lost a lot of blood. Without an immediate transfusion, the prognosis was sure to be quite poor, with death imminent. It was therefore upon me to decide whether or not to go against my faith, a faith he also professed, and not only donate blood, but also approve a transfusion for him, as he was unconscious.

This situation was even more complicated, as not only did I have to choose between faith and family, but being a human services student myself, my profession had highlighted how important it was to save lives I understood the implications of my father not getting a transfusion. Refusing to donate blood would also mean that I had gone against my ethical obligations as a human services professional and deliberately refused to save a life, that of my father. 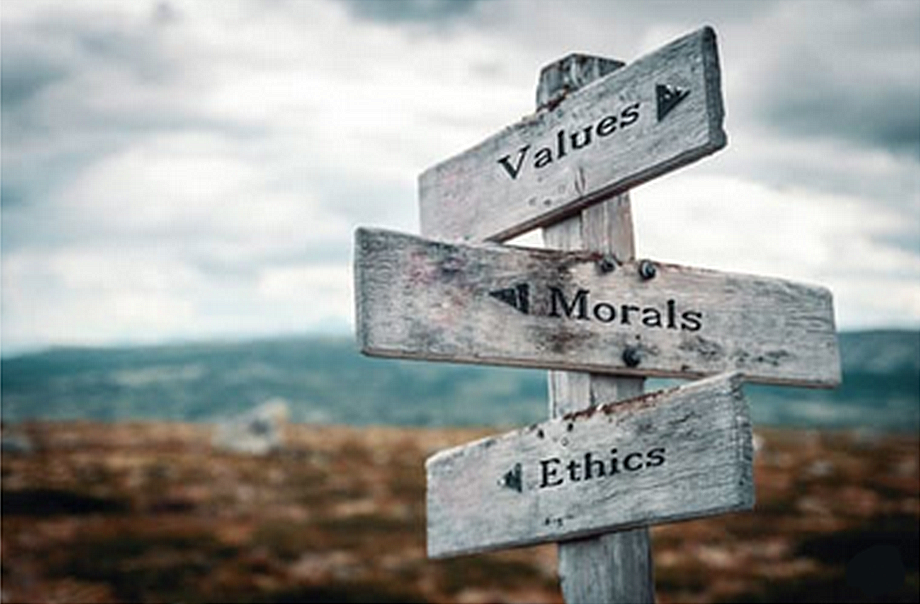 In this situation it was clear that I had the power to influence the outcome of the situation, as by donating blood and consenting to my father’s transfusion I would effectively be saving his life. This however did not necessarily mean that I had the authority to influence the outcome of the situation, and make the decisions described above. Although on the one hand it was up to me to decide whether or not to donate blood, both I and my father, were members of the Jehovah Witnesses, a religion that does not believe in blood transfusions.  By being a member of the aforementioned church I had therefore decided to give up the authority to make this decision, with the same applying for my father. In addition, my father had also not knowingly bestowed the authority to make the decision on whether or not he was transfused on me, but it had come by default, meaning my authority to decide on this matter was also questionable. This Therefore meant that there was a clear difference between power and authority.

The ethics in question were my professional ethics, as well as my ethical obligations as a loved one and a relative. In both cases, ethics demanded that I save my father’s life, as not only was it the right thing to do, but not doing so would be unethical, both as a professional and as a person. On the other hand, my personal values dictated that a blood transfusion was equivalent to ingestion of blood, something expressly prohibited by the Bible. I therefore had to choose between ethics and values, as choosing one would automatically mean I had disregarded the other, with the potential outcomes being either life or death. Choosing to donate would probably mean that I had denounced my faith, as well as disgraced my father and sinned, but he would probably live, although our relationship would probably suffer as a result. Not donating the blood, would mean that I lose my father, and disrespect my profession as well as my obligations as a daughter.

Eventually I opted to save my father’s life, effectively denouncing my faith and disregarding values I had learnt to respect. Following the transfusion and a four week stay at the hospital, my father survived, although he did not hesitate to express his disappointment at my decision to go against everything we believed in, as well as my lack of faith. The relationship between my father and I has been strained ever since, although over time, the relationship has been improving. My father felt betrayed, and felt that he had gone against the word of God and his religious beliefs. His reaction however hurt the relationship between him and me.

My continued work experience in the form of attachments and volunteer work as well as studies since my experience have not really convinced me that I should have handled the situation any differently. Actually claim if anything, I would actually make the decision without even hesitating. My experience with accident victims, have served to heighten the importance of transfusions in my eyes. I have come to note that a pint of blood is potentially life saving for an accident victim, and delay in providing this essential source of fluid, could lead to the victims suffering from shock, a state which might be difficult to reverse, ultimately leading to death, timely intervention was therefore essential. In addition, having left the Jehovah Witnesses, I see the issue of transfusion from a different angle, not as ingestion of blood, but actually as saving life, and giving people another chance. I believe that actions should actually be judged from a utilitarian perspective, with the action with the potential to bring the most good being the best choice.