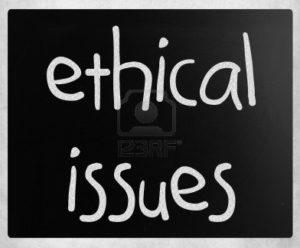 President Harry is facing an ethical dilemma on whether to terminate the Mr. Vincent from working from the state government yet the report by Loyalty Review Board stated that they did not find him guilty of being disloyal, though they feel that his loyalty to the government is questionable. Ethically terminating an individual from employment not only affects that person alone but also the employee’s family[1], hence making the employer to struggle with ethical dilemma before ending work relationship of any worker.

Mr. President has a role to ensure that before terminating Mr. Vincent he takes all the necessary precautions, which include scrutinizing all the legal an ethic factors prior to final decision. Mr. Vincent has been one of the state officers serving under the president, and although accused he was not guilty of the accusation. In this case, President Harry can consider offering Mr. Vincent a severance package[2] to soften his blow of termination. That is, he can consider offering Mr. Vincent with another form of work that does not directly involve state affairs as a means of supporting himself after termination. The ethical issue that President Harry would face in this situation is in regard to the severance agreement. The President must ensure that the agreement has a clause that would prohibit Mr. Vincent from raising any future claims of wrongful termination[3]. However, on the part of the Mr. Vincent, the agreement would lead to waiving his civil rights[4], and Mr. President would face an ethical dilemma in asking Mr. Vincent to sign an agreement that indeed violates his rights.

The fact that the board found no wrongs on the part of Mr. Vincent his termination can attract ethical issues such as unfair termination claims against President Harry. Thus, it would be important to make the termination process legal and fair on the side of Mr. Vincent, since he can sue the president on basis of unfair dismissal. In this case, President Hurry must apply integrity and ensure that he is fair to Mr. Vincent and act in a straightforward manner.