Religious or cultural beliefs and ethics are distinct fields that support and critic each other constantly. 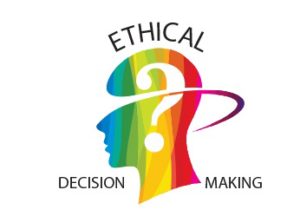 Some people’s beliefs interfere with the way ethical issues are to be handled in life. In the case of Carol S., she is faced with an ethical dilemma on whether to treat the child or not. It would be wrong to ask a person to disregard their cultural beliefs and faith as everyone has a right to believe in their own culture, follow their own norms and express themselves. It is therefore not a crime for a person to express their own views in regards to their own cultural beliefs. In cases where the cultural beliefs affect the ethical implementation of certain aspects then the issues should be looked into keenly to try and identify the best way to go about everything without breaking the ethical conduct.

The ethical dilemma in the whole issue falls on Carol who has to decide on whether to treat the child and save her life or follow the wish of the parents and let the child suffer. The child has no consent in the issue, and the child’s legal guardians who are her parents have a say on whether or not the child will undergo an operation or not. The parents have already made their stand known by strictly adhering to their culture which stipulates that the child’s head will not be interfered with (Case Study, n.d.). The ethical dilemma accelerates in that if by any chance Carol goes against the parents’ wishes, and the child is operated on, and anything happens she will be liable. However, if the child gets better and anything concerning their cultural beliefs happens then she will still be liable because the treatment wasn’t supported by the parents in the first place. The dilemma is circling around the child, treatment and the parents’ consent which they are withholding.

This case is very complicated since it touches on the aspects of culture and humanity. For one, the case is about parents that believe in their traditions strongly enough to a point where they are ready to watch their child suffer. I believe in people having faith in whatever they are doing and whatever they choose to follow. In some way, I understand the point of view of the parents since all they want to achieve is to keep their faith and beliefs in their culture. They do not want to go against their culture and in so doing unleash an evil spirit in their child (Case Study, n.d. However, on the other hand, we have the aspect of being humane. Letting the child die or suffer just because the parents aren’t willing to disregard their religious beliefs sounds unfair. The value of being humane therefore presents me from ruling out that the child is treated regardless of what the parents want because the life of the child comes before the needs and cultural beliefs of the parents and even the child that is supposed to be treated.

The NASW code of ethics clearly stipulates that in the case where the person that requires social services cannot give informed consent then the social worker should consult a third party that can be able to give their consent (Bent-Goodley, 2014). In this case, the parents are the third party that is expected to give informed consent and even after listening to the physician’s reports and knowing the danger that their child is in they choose to follow their cultural beliefs and by so doing refuse to give their consent for the child to be operated and treated. Moreover, the social services provider is expected to try and understand the culture and religious beliefs of the people. This is one of the rules and guidelines in the NASW code of ethics. By so doing the social service worker will be able to understand the parent’s point of view and why they do not want their child to be treated. By doing a thorough research on the culture and religion then the social service worker may be able to find a way to convince the parents on the need for the child to undergo treatment and still find a way for them to continue with their beliefs.

The ethical dilemma presented on Carol S. should be taken into close consideration, similar to any other ethical dilemma that may face an individual. The ethical decision-making process should be applied in this case to come up with ethical and effective decisions that will consider both fronts of the argued scenario. Ethical decision-making entails the evaluation and choosing of alternatives in a manner that is consisted and appropriate with the ethical principles and NASW code of conduct. Therefore, the elimination of any unethical alternatives is necessary as the best ethical alternative is required (Ford and Richardson, 2013). The process incorporates three steps or processes that include commitment, consciousness, and competency. In commitment, it is the desire of wanting to do the right thing regardless of the costs that will be incurred by the option that is selected. When it comes to consciousness, one has to act consistently and apply the moral convictions in the presented case and in their daily behavior. On the other hand, competency requires that the individual have the ability in the gathering and evaluation of information with the aim of developing alternatives and foreseeing potential consequences and risks (Ford and Richardson, 2013).

Therefore, when it comes to the case, the ethical decision-making process has to be applied effectively to ensure that the ethical dilemma is resolved effectively. Carol S. has to have the desire to want to do the right thing, and in this case, it is to save the young girl’s life by going ahead with the operation. However, she has to be conscious of the moral obligation and the cultural beliefs of the parents and as such should focus on how she can educate them on the consequences that their daughter faces if the surgery is not conducted and that is where the third processes, competency comes in. In the third step, there should be gathering information on the dilemma to come up with additional alternatives with the sole purpose of saving the girls life.

In conclusion, ethical dilemmas are a part or most professions, and the manner in which one approaches them determines how effective and efficient they are at their job. In Carol’s case, she did not rush into saving the girl’s life as the parents had to sign a consent form to allow the operation to take place. Seeing that it was against their culture to penetrate the head of a person, Carol was faced with a dilemma on whether to go ahead and save the girl or abide by the parent’s wishes. As such, the ethical dilemma was basically on whether or not to save the girl’s life and to apply the ethical decision-making process was effective and would have presented additional alternatives to approach the situation.