The word hybrid normally means the combination of two characters. In hybrid cars two or more best features of two vehicles to make the best vehicle. A hybrid vehicle is an automobile which has distinct features, it is powerful, and has internal combustion engine which drives the electric generator present in the car it gives the power to run a vehicle. For example, the electric motor presents in submarines use the diesel when their batteries are submerged. The hybrid vehicles have the capability to run on several power sources. There are more than one means for production of power so that vehicle propagates. It has an internal fuel tank and a pack of battery.

It is thought that hybrid vehicles are electrical motors but originally they are vehicles, which run on fuel the whole system is fitted inside the vehicle. These vehicles are not cost-effective. Such vehicles are expensive as they come up with a combination of features from other vehicles. There is a motor generator fitted inside the vehicle, which power acceleration to it. Hybrid vehicles have two motor generators and the number is three in some hybrid cars. There is hybrid control software present within the car. The automatic button to start the engine is absent. If the hybrid is provided with enough supply system of electricity, it motor charges itself as the car moves and momentum is produced. (Jim Gorzelany, 2018) 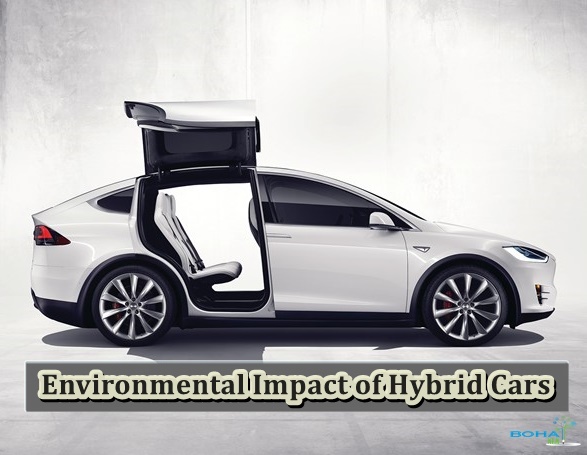 BMW i3 2014 and Fisker Karma 2012 is the series of hybrid systems. There are two types, series and parallel. But here we have series-parallel. It is a standard method as it the electric-only procedure. The engine has the capability to give power to the car. In a series-parallel motor, software is installed a computer is there which controls the vehicle and the battery. CVT (continuously variable transmission) is responsible for controlling of different movements and controlling of modes of the vehicle. The hardware of series and parallel is quite expensive but is highly efficient.

There are various types of hybrid vehicles. Some of the majorly used all over the world are discussed below:

An electrical system is introduced which is responsible for start and stop in hybrids. These mini hybrids do not have capabilities of the full hybrid vehicle. Small nickel metal hydroxide or lithium-ion batteries are used. General Motors made these mini hybrids for the first time and the four-cylinder version was used which is known to be 2013 Black Cruise.

These hybrid vehicles have a parallel system to perform and move forward. It has a gas engine. It is powered by gas. 2013 Honda Civic Hybrid is an example of a Mild hybrid.

These hybrid vehicles can be series, parallel or series-parallel. These hybrids are beasts with powerful electric motors and great battery supply. Example of strong hybrid is Toyota Prius. (Cobb, 2014)

There can be two types of batteries present in the hybrid motors.

This battery supply is common among all hybrids. These batteries are not so efficient.

Not compact enough for plug-in use.

As discussed earlier, hybrid vehicles have a conventional engine, a battery system and electric motor. There are many types of hybrids. And working differs from one type to another.

The hybrid cars are considered as future because they are in demand. These vehicles are more efficient than any other vehicles. They come with the best of everything. There are several models with such qualities but nowadays, Toyota Prius is one best selling model due to its efficiency and quality. It is highly demanded by the population because it serves the purpose. It is the first vehicle, which is a petrol-electric hybrid car. It obtains the power from internal combustion engine as well as an electric motor. The new model of Prius won the award, which was launched in 2003. This car comes with numbers of advantages. It utilizes same petrol as any other vehicle but it produces less of carbon dioxide, which is due to the internal combustion engine. The buyers are green environment-friendly as they use such vehicles. It produces smog of poisonous gases lesser than any other motor car, which is less than 90%.

Toyota Pries is reaching the top of the business pyramid. It is very common and demanded among Americans and success of Toyota Prius took the Toyota Company by surprise. There will be a rise in August and the production of Toyota cars is going to increase by 50% which means 1, 00, 000 units.  Other carmakers and company owners are trying their best to reach this top of success. CSM worldwide claimed that there would be soon new hybrid motor models in the market to purchase. (Diether, 2016)

Toyota released the first hybrid model in 1992. The whole purpose was to limit the harmful effects of the vehicles and pollution caused by it on the environment. The hybrid system is complex and expensive. Toyota wanted to take the success, development and technology to another level. Better quality was made due to research. The improvement was made, efficient yet cheap battery system was used, and it is cost-effective. Prius was launched in Japan in 1997. Then another hybrid motor vehicle i.e. Insight Hybrid of Honda was launched in 1999.

In 2000, Pries was on sale, which failed to attain enough attention as thought. Lately, Honda and Toyota were able to sell hybrid vehicles with the same margin. In the present year, Honda was unable to sell many hybrid motors whereas Toyota succeeded to sale twice in number as that of Honda hybrids. Toyota is leading. Prius took off due to increase in prices of petroleum in the global market. In addition, the extremely intimidating look of the car. Prius turned out to be the first hit in car market as a hybrid model.

Impact of Hybrid Cars on Safety

These cars come with installed software in it, which controls the function of car propulsion. It is intelligently designed and is greatly reliable. It is smart enough to charge the battery when it is low on charge, the combustion engine is internal. Hybrid models of Toyota and Lexus are very reliable. Lexus CT200h is thought to be 73% more reliable than any other car. In addition, Lexus ES 30o is 71% reliable. The Prius and Toyota are 66% more reliable than any other car. When we look closely at the status of these amazing hybrid motors we cannot resist but trust more. The company has a reputation at which it completely comes through. This company is leading the car making companies, as they are competitive, creative, intelligent care model creators. (Cloete, 2017)

Impact of Hybrid Cars on Health

The hybrid cars widely available all over the world. These cars come with great advantages, economic as well as health. These hybrid car models are capable of internal combustion as well as they produce comparatively less carbon dioxide gas. Which is one major source of the greenhouse effect? This gas contributes to environmental pollution. Another advantage is the presence of fuel engine.

The vehicle runs on petrol and therefore it is unable to consume gas. This vehicle has the built-in rechargeable battery, which does not need any external source but charges itself when propulsion of vehicle takes place. The hybrid motors have computer software installed, which ensure safety, and speed is monitored and the battery is charged.

Hybrid Cars And Welfare of Public

The hybrid vehicles constructed in older times were quite expensive as petroleum is a major source which is expensive, batteries were weak and incapable of proper functioning but as time passed and new cars were made this thing got better. Now the hybrid cars available in the market are

Impacts Due To Replacement of Present Cars With Hybrid Cars

These hybrid cars are environmentally friendly. Let us look at their environmental perspective. These cars avail great fuel but they emit less. They have ICEV installed which at are internal combustion electric motors. The engine of hybrid cars is small but is heavy duty and performs the job efficiently. The small engine has a certain advantage and one of it is, smaller the size less is the damage and the weight is less too.

It has a battery, which is heavy duty it consumes energy, and conserve it and has the capability to use it repeatedly and it is economic. This condition is power saver in case of slow traffic when one has to move slowly due to a traffic jam. The amount of energy, which is captured, and reused, is able to waste and wasted out as heat instead of smog, which causes pollution. Regenerative braking facilitates the conversion of kinetic energy into electricity, so it does not require the use of external power source for charging, it is able to do this itself.

In place of Otto cycle, Atkinson cycle is installed in hybrid cars. It has improved aerodynamics, the shape is elegant as well as good enough to manage stress, and the fuel is used in an economical manner. Improved vehicle handling with computer system making it smart technology of the modern world. The tires of hybrid cars have low lines of resistance so that the car movement is swift and easy. The tires used are unique and special. They are swift, stiff as well as manage to retain the car grip upon the road. It has the capability to shut on and off the car when needed, has a powerhouse to use AC along with auxiliary pumps along with reduced mechanical losses.

EPA (Environmental Protection Agency) has recommended or in other words, allowing a limit for cars to emit gases. The hybrid cars are so well developed that they are able to emit lower than the standard given by EPA. Name of popular hybrid vehicles is Honda Civic, Honda Insight, and Toyota Prius. There is an agreement by European Union, which says that the vehicles will reduce average CO2 emissions from new cars to 95 g/km from 2020. This is a 40% reduction from the mandatory 2015 target of 130 g/km. The target is an average for each manufacturer’s new car fleet it allows companies to build some vehicles that emit less than the average and some that emit more.

2025 target: The Commission is required to propose a further emissions reduction target by the end-2015 to take effect in 2025. This target will be in with the EU’s long-term climate goals. Super credits for low-emission vehicles: The Regulation will give manufacturers additional incentives to produce cars with CO2 emissions of 50 g/km or less (which will be electric or plug-in hybrid cars). Each of these vehicles will be counted as two vehicles in 2020.