France is in the forefront in international travel and tourism. France is the world’s biggest tourist destination with an estimated arrival of 75.1 million in 2004. This huge number accounts for 9.8% of the world’s entire tourism industry bringing in US$40.8 in total receipts for the same year (World Tourism Organization 2005).

A large chunk of the total tourist arrival in France visits Eiffel Tower which is considered as the greatest structural art in the world. This is amidst the French’s resistance of the establishment of the tower with their view that it would just be an eyesore (Eiffel Tower 2006).

This paper looks into the Eiffel Tower’s current performance as a tourist destination. The first part will give basic information and a brief review of visits. As this paper seeks to analyze how the Eiffel Tower behave as a tourist destination, it will use analytical methods to explain and reinforce the assessment. Following the report on the Eiffel Tower service, the paper will provide suggestions and potential steps that can be taken to improve tourist arrivals and receipts. Also, it will offer suggestions on how to further maximize the utility gained by travelers when visiting Eiffel Tower. Of course, those recommendations will lie on the future prospects that will also be described in this document. 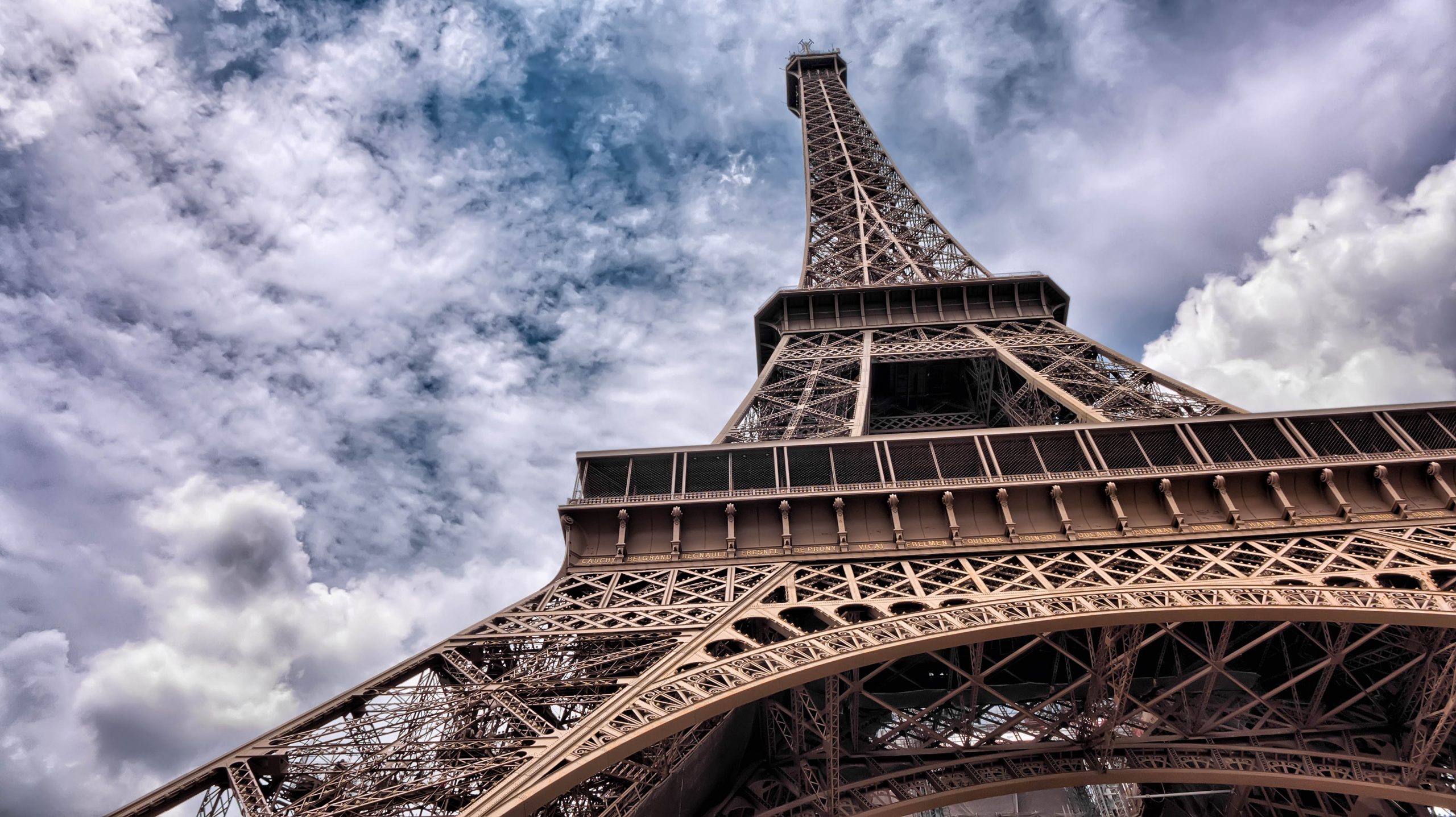 The Eiffel Tower is not only in France, but throughout the world, a famous tourist attraction. This system is a symbol of the revolutionary technology that exists already in the late 19th century. Postcards sent from France usually carry a tower image which shows the popularity of this massive structure. Eiffel Tower, the main attraction in Paris, receives about 6 million visitors per year (Eiffel Tower Structure and Its History 2006).

To mark and commemorate the centenary of the French Revolution, the Eiffel Tower was built for the 1889 Paris International Exhibition. The Eiffel Tower design came from Gustave Eiffel who prevailed in a design competition among the 700 proposals submitted. The tower was officially opened by British Prince of Wales King Edward VII after its completion. The tower’s construction in 1889 marked the completion of the world’s tallest building (300 meters) until 1930. At first, the building of the tower was met with resistance as people consider it as an eyesore. Nevertheless, this proves to be false because it attracts a lot of visitors and revenue to France.

There are plenty of stunning facts attracting tourists to this particular establishment. For one, the tower’s height varies according to the temperature. This is because the metal used for the building of the Eiffel Tower expands as temperatures rise. Thus the tower’s top may shift up to 8 cm (3.25 inches) away from the sun. Each seven years, the Eiffel Tower is repainted to protect the structure from rust. Tourists are given an opportunity to participate by poll in choosing what color the tower will be.

Tourists are able to explore the three floors of the tower to completely enjoy the beauty of the Eiffel Tower. The ground floor consists of the massive hydraulic elevator machinery that has been in use since 1899, changing office and the tourist office in Paris. Meanwhile, tourists can stroll and relax at the first floor where anyone can have a glimpse of the tower’s recent and past history. In the first floor there is also a spiral staircase gallery, the original hydraulic pump, a FerOscope, Tower Top Movement Observatory, panoramic indicators, historical tables, Cineffeil, exhibitions tower, souvenir shop, snack bar, “PARIS-TOUR EFFIEL” Post Office, internet stations and telephone booths … Altitude 95, you can also visit one of the tower’s only two restaurants in the first floor. The second floor offers a 360º view of the whole city of Paris. This is the perfect spot to make a photographic study of the city. Like the first floor, this level offers shops offering specialty food products, animated window scenes, souvenir shops, view that plunges, snack bar, and internet stations. Another restaurant which is relatively more expensive than Altitude 95 is situated in the second floor. Le Jules Verne Restaurant caters to the upscale tourists (What to See 2006).

In order to draw tourists to the tower, the tourism agency has devised a marketing strategy to boost the number of visitors and income to the tourism industry. This portion of the paper will look at the strategies employed to market and promote the Eiffel Tower which necessitates an in-depth review of its marketing mix.

In summary, the product offered by Eiffel Tower is not just the structural, aesthetical, and cultural value of the establishment but the luxurious and one-of-a-kind experiences.

Promotion: The popularity of Eiffel Tower around the world does not necessitate an intensive promotion program to attract tourists. The reputation of the structure is enough to spark curiosity and draw tourists worldwide. The beauty and magnificence of Eiffel Tower is a profitable investment which serves as a promotional strategy.

As the world is rapidly becoming a global village and new technologies are introduced to promote efficiency in communication, promotion of Eiffel Tower is also done online. This is done by the France tourism agency and other travel agencies to boost the tourism industry. This media is more geared in targeting Eiffel Tower’s market and broadening the reach of promotion. A virtual tour is offered online as well as the rates imposed by the tower agency.

The France tourism agency however launches promotional tools like discounts. Checking the website of the Eiffel Tower, group rates are discounted. This tactic implies the agency’s effort of increasing the volume of tourists visiting the tower.

Place: In the case of Eiffel Tower, strategic location is not chosen in the marketing mix as it had been already erected long before tourists started coming in. In fact, the location of the Eiffel Tower attracted other establishments to locate near it.

Price:  The pricing strategy employed by the Eiffel Tower is a low pricing strategy. The following table shows the entrance fees imposed during 2006. It should be noted that the tower admits children below three free of charge.

In order to recommend strategies for the Eiffel Tower, the paper will take a look at the company’s strengths, weaknesses, opportunities, and threats. A strategy will be devised by matching the strengths with the opportunities available in the market.

Strengths: The primary strength of the Eiffel Tower as a tourist attraction is its popularity and wide acceptance around the globe. The artistry, design, beauty, magnificence, as well as the tourist experience offered by the tower makes it a main attraction.

Another strength of the tourist attraction is its low-pricing strategy. This indicates a broad market for Eiffel Tower as even the lower class can afford to visit the establishment aside from the upscale market.

Weaknesses: The popularity of Eiffel Tower is not only as strength but can be sometimes considered as a weakness. The number of people is very much excited about seeing the tower, Eiffel Tower is always overcrowded with long lines (Carr 2006). This reduces tourist’s satisfaction.

Opportunities: A very viable opportunity for the tourism in France is the rise of income in emerging economies like China. This development indicates a rise in the income of the Chinese and their possible inclination to look for recreation in other countries like France. Eiffel Tower, which is a considered must-see in the country will greatly benefit from this.

Eiffel Tower is also presented an opportunity as France is still currently the number one choice for travel and tourism as indicated by the large volume of tourist arrivals and large share in the international market.

The price discounts offered by travel agencies as well as the possible utilization of communication technology which reaches a broader market can help Eiffel Tower draw more tourists.

Threats: The stagnation of the overall travel and tourism industry for the past four years poses a threat to the Eiffel Tower and the entire France. Also, the recent outbursts of diseases and epidemic in various parts of the globe make them hesitant to traveling. The growing threat of terrorism among countries also hinders the growth of tourism. Aside from this, there is also a growing threat from competitors like Asia Pacific and African destinations.

In their 2020 Vision, the World Tourism Organization (WTO) forecasts that international arrivals will reach over 1.56 billion by the end of 2020. Of this large number, 1.4 billion will be accounted for by intra-regional travelers while the remaining 0.2 billion will be long-haul travelers. The WTO also forecasts that the three major tourist destinations will be Europe (717 million), East Asia and the Pacific (397 million), and the Americas (292 million). However, more mature regions like Europe are expected to see slower growths than their counterparts.

The 2020 Vision released by WTO implies that visits to Eiffel Tower will stagnate or post low growth rates due to product maturity. It also implies that greater rivalry among other players will squeeze its share of the international market.

Eiffel Tower is a very popular tourist attraction and is one of the most visited structures in the whole world. It is also undeniable that this Eiffel Tower is the main attraction in France, contributing the bulk of the total tourists arrivals and receipts in the country. However, in order to sustain this position Eiffel Tower should learn to improve itself by focusing in its weaknesses, by being sensitive the opportunities and threats that it faces, and being able to come up and execute a strategy to take advantage of the lucrative opportunities.

Eiffel Tower should better position itself in the global market in order to gain more recognition in the emerging economies. As stated above, the increase in the disposable income of the emerging economies can signal an opportunity to the Eiffel Tower by focusing on these areas. A market study geared in the feasibility of adding establishments that suites these new tourists will deem profitable.

Eiffel Tower should also consider defining its strengths and edge over its competitors. The next decade posts a more stringent competition among the players in the travel and tourism industry. As such, Eiffel Tower should make a more distinct position and identify itself apart from other tourist destinations.

This paper also recommends that Eiffel offers more activities for children in its establishments. This will make Eiffel Tower a better choice for conducting educational trips. This will mean more traffic for the attraction as parents often accompany their children during these visits. This new strategy can also position the attraction as a place for family days.